Papa John’s International (PZZA.Q) hired former Taco Bell and Arby’s CEO Rob Lynch today, hoping to spike a turnaround after a disastrous 2018, and shares are up 6.15%.

There are some companies that can’t get out of their own way, and Papa John’s proved to be one of them in 2018. Now they’re spending all of 2019 making amends for what their former chairman, founder, and the face of the company, John Schnatter, blew up in the course of a few minutes.

It’s a pity, really. They’ve got all the necessary items to be really successful in their market: an excellent product, great distribution, and for awhile they had a marketable face and great branding. But what happens when the face of your brand turns out to be a raging racist asshole?

Schnatter had one job when it came to brand promotion: show up in commercials like everyone’s favourite uncle and give pizzas to actors. Maybe smile a bit. Be friendly. Don’t be racist.

If you like irony, he used a racial slur during an exercise designed to teach him how to avoid future public relations mistakes.

Also, maybe steer away from blaming pizza prices being down on Colin Kaepernick’s protest. Maybe try not to express a public opinion on things like will alienate large amounts of people.

It’s the whole know your market thing. His market is pizza eaters and a large component of that skews young, and most young people don’t like it when you prove that you’re a big racist asshole.

It took the company two months to dump him after he mouthed off about the NFL, and then go immediately into damage control. Earlier this year they signed NBA Hall of Famer, Shaquille O’Neal, to their board of directors as brand ambassador, to help change their image as America’s most racist pizza company, and now they’ve brought in Lynch to try and turn this ship around.

Lynch has an uphill climb with this company, but he’s been here before. He’s worked at Taco Bell and Arby’s and turned them around. As CEO, he helped lead Arby’s to 16 consecutive quarters of same-store sales growth, as well as record sales and profits last year.

“Priority number one is, frankly for me, is doing a lot of listening and really engaging with key stakeholders and franchisees, as well as employees and the management team, to understand where they think the biggest opportunities and challenges are,” Lynch said.

Listening is good. But honestly getting right down to it, it’s going to be hard to put the genie back in the bottle and only time and better marketing is going to heal this rift. He’s still got one up on Schnatter, though, as long as he’s not a racist, and can keep his mouth shut about social issues.

His other plans involve using O’Neal’s star power even further to further rebuild the brand. Lynch is well known for his marketing skills, having created Arby’s campaign slogan “We Have the Meats,” which now shows up in every commercial and is the first thing most people think about when they see an Arby’s in the mall.

“We are impressed with what Arby’s has achieved over the last several years, and the challenges it faced early on this decade sound similar in some ways to those Papa John’s faces today,” said Mark Kalinowski, CEO of Kalinowski Equity Research. 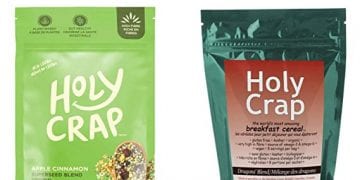 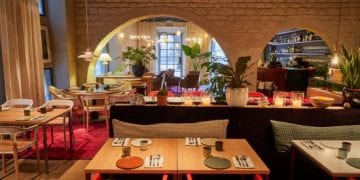 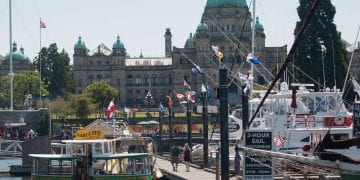