Mexico and Canada’s course to decriminalization, regulation and sale of ‘hard’ drugs 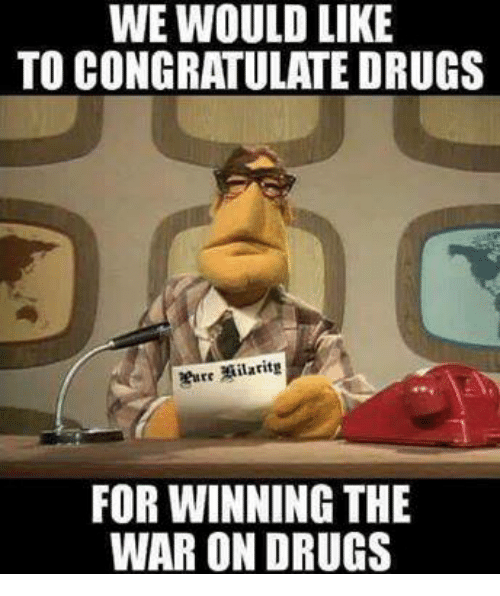 Earlier this month, Mexican President Andrés Manuel López Obrador promised radical changes in the country’s approach to drugs if he was elected—namely, he was going to decriminalize them. He added the addendum that drugs wouldn’t be illegal, and arrests would be replaced by enforced treatment, like being forced into a detox program.

You don’t have to have watched all five seasons of Breaking Bad to know that Mexico has a serious drug-cartel problem. Thousands of drug-related killings are reported in the country every year. In 2018, there were 33,341 drug related homicides in Mexico, which is up 15% from the previous year, according to the Council on Foreign Relations.

Overall the argument for decriminalizing drugs to eliminate the illegal elements and side effects of black market trade is a good one. The problems with it come later with legalization—for example, when government’s bog down the process at every step with regulations, making it more economical to keep going to the black market—but on its face it’s a good strategy.

That’s why the decision of a Mexican judge to grant two people the right to use recreational cocaine makes sense as a pilot project.

We have similar problems in Canada, with the cities of Vancouver and Toronto calling for the decriminalization of harder drugs like heroin and cocaine, but the problem we’re trying to combat is different. We have an epidemic of overdoses.

“Our belief, based on the evidence, is that the criminalization of people who take drugs actually is contributing to this opioid-overdose emergency in our city, because it forces people into unsafe drug practices and actually presents a barrier to those who might be interested in seeking help for addressing opioid-use disorders,”  Toronto medical health officer Dr. Eileen de Villa told the Globe and Mail.

The real problem is that Fentanyl is extremely profitable on the street, and immensely deadly.

Naturally, our bevy of elected Liberal party policy wonks have come out against decriminalizing drugs, and the Conservative’s walk in lockstep on this issue.

The NDP, however, have a different take:

“We have worked very hard to address the crisis … but I believe it’s time for us to take this work one step further. The current criminal justice-based framework in B.C. and in Canada creates barriers to accessing treatment services. It keeps people at home, not talking about their drug use, using alone and dying.”

The next step after decriminalization would be legalization and regulation, and that’s where things get dicey.

The lessons of Colorado

The cannabis market is being viewed as a test-run by a number of experts for eliminating the hold of organized crime on the supply and distribution of illegal drugs. Given the government’s regulatory stranglehold on every single facet of the supply and distribution of cannabis, especially in Ontario, the test-run has to be viewed as a failure especially when compared to similar instances like Colorado.

“The illegal market is really being wiped off the map in Colorado. There were two things necessary for that: One is accessibility and the other was price. But here we still have high prices and have low accessibility,” said Ian Irvine, an economist at Montreal’s Concordia University.

The primarily difference would be that the hard drug market would be implemented using a harm reduction model.

“Consider a society in which all drugs are legal; a society in which people can buy a small quantity through a government-approved pharmacy at fair prices and know exactly what they’re getting (unlike on the black market). If they wished, people could take the drug under the supervision of a health-care professional at an injection site or similar facility, greatly reducing the risk of overdose. Under these conditions, the black market for drugs – and much of the associated violence, social harm and health risks – could be virtually eliminated,” says Akwasi Owusu-Bempah, a sociology professor from the University of Toronto.

But we’re far away from making that a political reality.

Heavy regulations in the cannabis industry have lead to the supply of weakened cannabis, and the black market has thrived in this competitive marketplace as a consequence. Hence, we have an  apt blueprint for what the market could potentially look like for a regulated hard-drug environment.

That’s why it’s likely best that we leave regulation of hard drugs off the docket until we can figure out how to regulate cannabis.