Chemesis International (CSI.C) to deliver $1.1 million worth of CBD products to U.K. 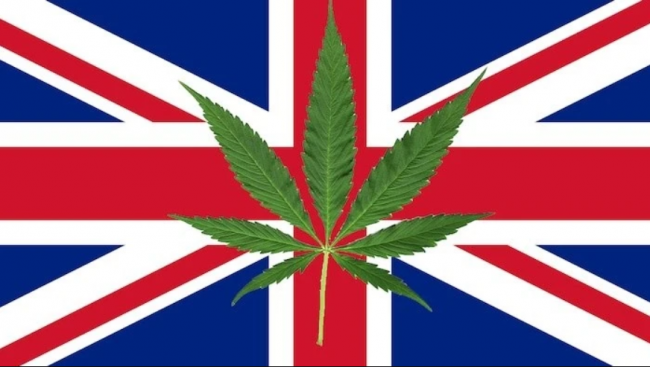 Chemesis International (CSI.C) expanded its global footprint on Monday by announcing a new U.K. purchase order for its CBD products.

The deal, valued at USD$1.1 million, allows Chemesis to tap into one of Europe’s fastest-growing CBD markets.

Chemesis didn’t disclose its new British partner, but said the order will include a wide array of CBD products, including cartridges, tinctures, sprays, shots and other liquid formulations.

In an official press release, Chemesis announced Monday that it has secured an initial purchase order with an unnamed distributor in the United Kingdom. The products will be manufactured at Chemesis’ licensed facility in California before being shipped across the pond.

“This purchase order generates additional sales and most importantly, it allows the Company to access new revenues streams in the growing European market. As we continue to work towards accessing global marketplaces where cannabis is thriving, we hope to secure additional contracts and purchase orders.”

The United Kingdom is not only a gateway to Europe’s legal cannabis industry, it is home to one of the fastest-growing end markets for CBD products. According to the Centre for Medicinal Cannabis (CMC), previous research on the matter understates the size and growth rate of British CBD consumption.

CMC says the U.K.’s CBD market is about three-to-six times larger than estimates put forward by Brightfield and the Cannabis Trades Association. It is expanding more than 10% annually and will likely reach £1 billion by £2025, CMC says. If these projections hold, legal CBD products will be equivalent to the country’s entire herbal supplement market.

By opening up new distribution channels, companies like Chemesis can play an important role in lowering the price of therapeutic CBD goods. As CMC notes, U.K. customers are “currently paying high prices for CBD products, with buying habits driven by a range of motivations.”

There’s a good reason why Chemesis has identified Europe as one of its primary markets for expansion. The region is home to a legal cannabis market worth approximately USD$68.5 billion, according to New Frontier research. The U.K. accounts for roughly $4.6 billion of that total.

Marijuana stocks are highly volatile plays, but there’s no masking Chemsis’ brutal performance since the spring. Since peaking at CAD$2.25 back in March, CSI.C has fallen more than 60%. That includes an 11% plunge on Friday.

To be fair: The North American marijuana index hasn’t fared much better. I mean, how often do you see charts that look like this:

The marijuana industry has been rocked by numerous scandals, with the likes of Namaste Technologies (CVE:N), Aphira (NYSE:APHA) and CannTrust Holdings (NYSE:CTST) all putting pot producers in a bad light. Against this backdrop, it’s no wonder the N.A. marijuana index has performed so poorly.

Behind the noise, companies like Chemesis have been building a solid portfolio of patented delivery methods targeting high-growth segments of the cannabis market. So while the bumpy ride will continue, Chemesis has shown it can knock-out multi-million-dollar deals repeatedly now. It remains to be seen whether its share price will reflect this growth trend.