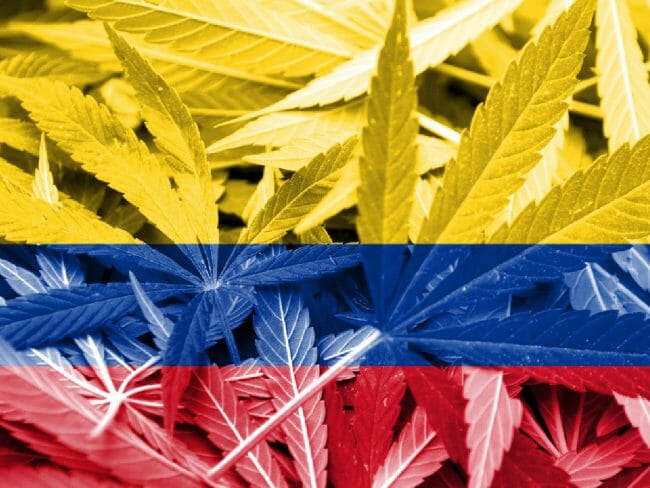 Khiron Life Sciences (KHRN.V) announced Thursday that it is finally ready to commercialize its massive Colombian grow site by the end of next month.

Beyond Colombia, Khiron recently unveiled big ambitions to expand its operations into Europe to capitalize on the soon-to-be €115 billion medical marijuana market.

Taken together, Khiron is clearly eyeing global expansion in a far less volatile segment of the cannabis industry. As more countries roll out legislative frameworks for cannabis, integrated market players with a steady production pipeline will be ahead of the curve.

Two-and-a-half months after completing its 14,000 square-foot grow facility, Khiron announced  it has “significantly expanded analysis, extraction and purification capabilities” across its state-of-the-art grow site. In other words, the company is almost ready to commercialize all aspects of medical cannabis cultivation for domestic consumption.

Alvaro Torres, CEO and director, said Khiron’s testing lab will allow the company to serve up to six million patients in Colombia. Khiron has already served more than 119,000 people at its ILANS clinics.

“Our significant investment in the Company’s Ibague facility, primarily to target a market of 6 million patients in Colombia, ensures Khiron remains focused on its core strategy to serve the domestic market in Latin America.”

When Khiron talks about commercializing its grow site, it means it has full capacity to:

So, commercialization doesn’t just mean slapping a label on something.

The sophisticated commercialization process makes even more sense when you consider that Colombia operates a cultivation quota set forth by the United Nations’ International Narcotics Control Board (INCB).

Basically, INCB gives the Colombian government a production quota for THC extracts. The government then hands out these quotas to domestic producers.

Khiron received its first cultivation quota from Bogota back in December 2017.

That’s why Khiron’s “stability testing” is so important. Without stability data, Colombia can’t implement its quota system, which means no production or commercialization.

“With advanced analysis, extraction and purification capabilities in place, the company has performed the analytical and stability tests required by the authorities to launch medical products and we remain on track for full commercialization of the grow site, anticipated in Q3 2019,” Torres said via press release.

Latin America is home to 13 million annual cannabis users who combine for an addressable market of nearly USD$10 billion, according to New Frontier Data. Maybe I’ve watched too much Narcos, but 13 million seems really small. Or it could just be that “annual” consumption weeds out a lot of people.

Nevertheless, Colombia is said to be the fifth-largest market for marijuana at $700 million. Brazil takes top spot at $2.4 billion, followed by Mexico ($1.9 billion), Chile ($1.5 billion) and Argentina ($1.1 billion).

Although Khiron is clearly focused on its home market, it could replicate its model in neighbouring countries as it continues to scale to capacity. The company says it wants to serve Latin America and its focus on compliance makes it a good candidate for doing so.

Domestic and international expansion have done very little to help Khiron’s stock, which is down nearly 60% from its yearly high. Declines of that magnitude are enough to scare away many sensible investors, but in the wild west marijuana industry, they aren’t unique. (I’m the last one to talk shit about declining marijuana stocks when my altcoin “investments” are down 90% from their peak).

But hey, at least you know management is totally behind the project. I found out from The Internet that company president Chris Naprawa bought CAD$1.1 million worth of KHRN stock when it was valued at CAD$3.43. He clearly has reasons to be bullish.

You could definitely argue that Khiron is a dark-horse marijuana play, but at a market cap of $192 million, it’s not exactly an underdog.