A second round of cannabis retail locations will be allocated by the Alcohol and Gaming Commission of Ontario (AGCO) via lottery today.

Of the 50 new retail locations, 42 will be allocated via lottery and eight will be available on a first-come, first-serve basis on First Nations reserves granted applicants have been given approval from the respective Band Council, with some licensees having already been announced:

“The Alcohol and Gaming Commission of Ontario this week announced that Couchiching First Nation was one of the eight First Nations communities selected for approval to open a dispensary.”

The 42 non-reserve retail stores have been allotted as follows.

The Province of Ontario first announced it would be approving 25 retail licenses in the first wave in early 2019.

Although the Province doubled that number in the second wave, the online cannabis community has been critical that the provincial government is still moving too slowly.

Initially, cannabis retail stores were limited to communities with populations exceeding 50,000. Ontario has approximately 14 million residents and many believed 25 was far too few dispensaries to serve a population that size.

Reddit and Twitter users expressed their dismay at what they believed to be a lethargic attitude by the ACGO and the difficulties applicants faced in entering the lottery.

This system, and the ensuing problems, are directly the result of Ford’s interference.

Doug Ford originally positioned himself as a pro-cannabis politician, but the mantle doesn’t seem to have suited him.

After defeating the incumbent Ontario Liberals, Ford did away with the provincial monopoly initially promised, saying there would be no cap on the amount of licenses given to cannabis retailers.

However, we are now in a situation where Ontario will only have 75 retail spaces compared to Alberta’s more than 200, despite the vast population disparity, leaving some to imply Doug Ford’s political leanings have led him to derail legalization efforts in the province.

The 42 licenses will be allocated within Ontario as follows: 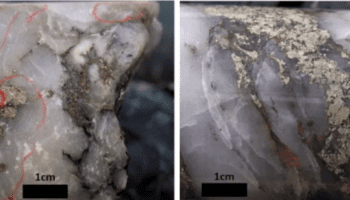