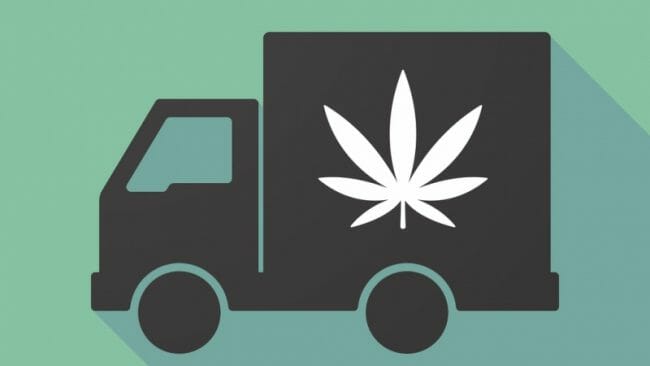 Massive revenue numbers are fairly common in the cannabis industry, but when you manage to do it through organic growth and predictable revenue streams, you begin to distance yourself from the pack. That’s exactly what 3 Sixty Secure Corp (SAFE.C) delivered in the second quarter.

There’s actual substance behind the numbers: 3 Sixty managed to grow its sales triple digits while adding a pipeline of customers that could make SAFE.C a more reliable cannabis stock moving forward (it definitely isn’t one now).

3 Sixty announced Tuesday that it generated CAD$7.55 million in revenue in the second quarter, an increase of 119% over Q1. Compared with a year ago, revenues surged 971%. Sequential organic revenue jumped $1.5 million quarter-on-quarter.

While 3 Sixty isn’t profitable yet, net income and adjusted earnings improved substantially. The company reported an adjusted per-share earnings loss of $0.02. Losses amounted to $0.08 per share in the first quarter.

The quarterly earnings report was filled with upbeat guidance about 3 Sixty’s short and long-term prospects.

For starters, the company expects revenues to surpass $8.5 million in the third quarter, an increase of nearly $1 million from Q2. Through new client acquisitions, the company says it will earn approximately $10 million in predictable recurring revenue moving forward.

Thomas Gerstenecker, CEO and founder of 3 Sixty, said he was “extremely pleased” with the financial results:

“We increased revenue by more than $4.1 million including $1.5 million of organic growth as we continue to grow our customer base and increase billings to our existing customers. We are realizing significant growth in our business and I believe that we remain in the early innings of growth for the industry broadly and for 3 Sixty Secure as a leading provider of security services in Canada and now the US.”

The CEO said 3 Sixty is “making great progress integrating INKAS Security Services Ltd.,” a company it acquired earlier this year. The integration of INKAS is expected to transform 3 Sixty into a global player in the cannabis security sector.

Just how vital is security to this space? Well, in the United States, where marijuana is still under federal prohibition, pot producers are struggling to find banks to work with them. With so much cash on hand, it’s no wonder so many marijuana dispensaries are being robbed.

Even Forbes reported on the surge in theft across legal cannabis operations, especially in California. An article from March 2018 claims “bad mama jama’s from the East Coast are traveling across the country with the sole intention of using the Golden State’s legal marijuana status to run a racket of extreme thievery.” Yikes.

The marijuana industry is clearly in need of muscle, but aside from 3 Sixty, the security landscape is quite thin right now. Does that make 3 Sixty a first-mover or guinea pig? I take the former.

Despite reporting massive revenue numbers, company shares have been sloping downward for much of 2019. Since peaking at $0.55 back in February, SAFE has plunged more than 72%.

SAFE.C shares trade for less than $0.16. This isn’t the safest marijuana play right now (but what is, really?).

A look at trade volumes reveals why the stock is so volatile. On average, SAFE trades 50,399 shares per day, according to Yahoo Finance data. While this is not uncommon for marijuana stocks, it tends to scare away value investors.

Investors who are willing to cope with short-term volatility for large revenue potential may very well consider 3 Sixty as part of their portfolio. Multi-year contracts with Canopy Growth Corp (TSE:WEED) and first-mover advantage in the cannabis-security nexus offer intriguing value plays for the long term.

Or I could just be talking shit. The stock has offered virtually no upside for six months. It may be best to wait on the sidelines for now.