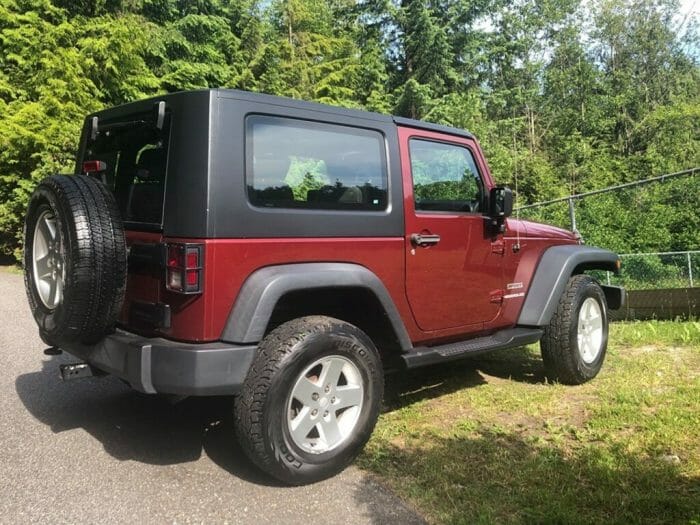 Maple Leaf Green World (MGW.E) has just posted its latest financials for Q2 2019, showing a drastic decrease in cash assets and a looming equity deficit sure to concern investors.

As it stands, Maple Leaf Green World couldn’t afford to pay for this 2010 Jeep Wrangler on autotrader.ca according to these latest financials.

Total liabilities for the company total $6.4M, with accounts payable and accrued liabilities accounting for $4.8M.

Still, the company managed to keep loss per share (LPS) at zero for the quarter which is an improvement. LPS during Q2 2018 was $0.01.

But the total comprehensive loss for the quarter was $392,439 and there was zero revenue in this quarter, or any other for that matter, because they haven’t built their facility out yet.

That challenge becomes harder when you can’t afford money to pay your trades going forward. It gets impossible when you owe them money from previous work done, and they’re putting liens against your assets.

While losses for the period were down when compared to the same quarter in 2018, the company’s cash position should be the least of investors’ concerns.

Maple Leaf Green World (MGW.E): Is it possible to have negative market cap?

With so little cash left to burn, the path forward for Maple Leaf is unclear. The company’s financial statements report that Maple Leaf had $109,703 at the beginning of the period and $16,920 at the end.

With roughly 91 days each quarter, we can estimate the company has a burn rate of approximately $1,019 per day. If things continue as they are, the company has less than 17 days before running out of money.

But things ‘as they are’ should still be concerning for investors. Maple Leaf is either planning to or already engaged in significant amounts of legal arbitration in regards to their assets, namely property.

On August 17, 2017, the Company entered into an agreement with an engineering firm to construct its cannabis cultivation facility in Henderson, Nevada. Maple Leaf provided deposits of $900,000 USD. On June 20, 2018, the Company terminated the contract with the engineering firm.

After review by the new architect and project manager it was determined that work claimed by the previous engineering firm could not be utilized, therefore, the assets under construction and deposit have been impaired to $Nil. The Company has engaged counsel who has recommended arbitration with the engineering firm as per the terms of the contract. Management believes they had just cause to terminate the contract and will use all due diligence to recover the funds distributed.

On its own, the quoted paragraph would cast serious doubt on the company’s financial buoyancy in the near-term. Lawyers are expensive, especially American lawyers, and legal action is the last thing a cash-strapped company needs. However…

On May 24, 2017, the Company announced it engaged an independent contractor as the procurement, engineering, and construction manager for its cannabis cultivation facilities at Telkwa, British Columbia (the “BC Facility”) and Henderson, Nevada. In June of 2017, Maple Leaf provided a deposit of $1,102,500 for this work so that it could contract with construction partners and move the projects forward.

In January of 2018, a dispute arose between the contractor and Maple Leaf which is currently in litigation. Management feels that the deposit amounts are collectible and therefore no allowance has been provided against this balance.

As an added bonus, “the Company was served notice of a civil claim filed by a sub-contractor of one of the Telkwa contractors in the amount of $225,736 for work performed on the building.”

Did we mention there is $2.53M in builder’s liens against the land on finance lease?

Maple Leaf needs money. They know it as well as we do. The question is, how to make some?

On April 15, 2019 Maple Leaf listed their Nevada property for sale, saying the “land has increased in value since purchase and has been re-classed as a held for sale current asset.”

To their credit, the property’s value has most likely increased. Gidget Graham of Crown Point Commercial real estate said Henderson’s commercial real estate market has increased in value substantially, with average properties increasing from $125 to $150 per square foot to between $190 and $210.

But, this particular property has been on the market for over four months, raising more questions  the potential for monetization.

If not real estate, issuing shares for cash may be an option. The issue there is that MGQ is currently trading at seven and a half cents, a number so trivial I didn’t even bother to use my number pad to write it.

And the company is down two cents and 21% on the day, as I write this. Not that this fact invalidates using a PP to raise capital, the company definitely could do this, but the question is, why would anyone buy this stock?

In a sector struggling with disappointing revenues, a company with no revenues would seem a strange choice for investment. As my boss says, ‘that ain’t it.’

Maple Leaf did not immediately respond to requests for comments, but we will update the story as it develops.