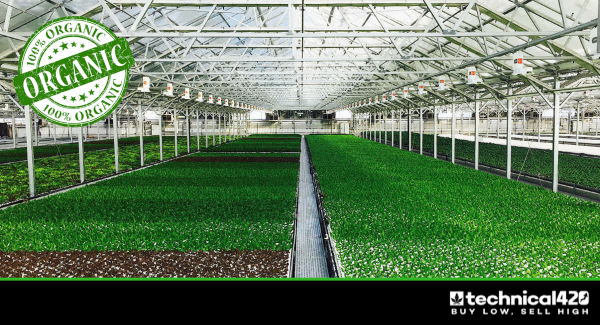 The Green Organic Dutchman Holdings (TGOD.T) has finally sent its inaugural shipment of its certified organic cannabis to the Ontario Cannabis Store.

This first shipment represents a significant benchmark because it marks the company’s entrance into the recreational market. TGOD has always been a company with plans and grand ambitions, and it’s easy to get swept up in the fervour, but the question on most people’s minds was when they were going to finally sell some weed. Now they have their answer.

“We are thrilled to introduce Unite Organic dried flower to Ontario adult consumers. Launched earlier this year with our Grower’s Circle, Unite Organic was highly praised by medical patients. We look forward to continuing to expand our distribution network as we ramp up production in the months ahead,” said Brian Athaide, CEO of TGOD.

According to a recent study conducted by Hill and Knowlton, more than 50% of recreational consumers prefer their cannabis to be organic. TGOD’s product is grown according to all-natural principles and without irradiation, in the company’s own proprietary living soil.

Go into the supermarket and you’ll find an entire section designated for organic food. The food there is usually smaller and more expensive. It’s certified by the Canadian Food Inspection Agency, but in smaller street-side markets there’s no information whatsoever on display about certification practices.

Without that information front and centre (including a certification label), for all we know it could simply be a branding technique wherein the company takes food that didn’t grow to specification, slap a new label on it, and sell it for a sizeable markup.

TGOD’s growing process is certified organic by both Pro-Cert and ECOCERT, two leading organic certification bodies, which means that the company’s cannabis will give you a high that will be reliable, repeatable and won’t get you sick.

You won’t find the Canada Organic Regime logo on your cannabis, because the plant is one of the products outside of the purview of the regime overseen by the Canada Food Inspection Agency. Both Pro-Cert and ECOCERT are accepted by the CFIA to perform third party certification.

There’s another reason, of course.

Organic cannabis is simply better. It has less environmental impact, and there’s less chance of contamination with dangerous toxins and heavy metals. Cannabis (and hemp) are accumulator plants—they take up everything from their environment in their root system using a process called bioremediation. This can include fertilizers with large amounts of heavy metals or contaminated soil.

Industrial companies will often plant both cannabis and hemp around the periphery of their plant to draw the heavy metals and other toxins from the soil. Even water from contaminated soil will carry heavy metals that can be absorbed by the plant.

What that means for your cannabis is that non-organic cannabis, such as not grown under controlled circumstances and regularly tested, runs the risk of carrying these contaminants.

Flavonoids and terpenes are the molecules that contribute the most to cannabis’ distinctive flavour and appearance, and a holistic, organic approach to growing producers a more flavourful and attractive product.

Initially available to a small group of medical patients called the Grower’s Circle, TGOD recently opened sales to medical patients across the country. The company has also signed supply agreements with Alberta and British Columbia.