We’re in the middle of financial season, and that’s proving to be a real rollercoaster. Among companies releasing financials today, Acreage Holdings (ACRG.U), Flower One Holdings (FONE.C), Green Organic Dutchman (TGOD.T) and Tilray.

What’s likely to be seen in all this is a giant mess.

Today, US-listed Canadian cannabis play Tilray (TLRY.Q) was ‘pleased’ to show you their Q2 financials, according to an official company tweet.

You’re pleased about this, really?

Says CEO Brendan Kennedy, “Our team has executed against our plan, with adult-use revenue nearly doubling in the second quarter compared to the first quarter and gross margin increasing sequentially for the second quarter in a row.”

Cannabis companies like to compare quarters to the quarter a year earlier, because it allows them to post jumps like, “Revenue increased 371.1% to $45.9 (C$60.9) million, compared to the second quarter of last year.”

In actuality, revenue nearly doubled, from $23m last quarter to $45m this quarter (which is the comparison that really matters), which is a fine jump and well worth being happy with, by itself.

But the devil is in the details and the oofs that follow are only partly the responsibility of Tilray management. A lot of the blame for the bad here comes inherent with the Canadian regulated cannabis framework that this company and others must follow, and which are handing the industry over to the Americans.

Average net selling price per gram decreased to $4.61 (C$6.12) compared to $6.38 (C$8.36) in the prior year period. The average net selling price excluding excise taxes was $3.92 (C$5.20) per gram for the second quarter of 2019. The decrease was due to a reduced mix of higher priced extract products and a greater mix of adult-use revenue, which are at lower prices per gram compared to other channels.

So, whoa for a second there – the company has seen a fall in price per gram of 27% over the last year?

We have a very real undersupply on the market, a situation that normally sees suppliers make more money on every sale, but companies like Tilray aren’t benefiting in any way from the supply squeeze, and are instead having to accept lower wholesale prices for their product, because they’re selling it to provincial liquor boards, which act as nigh monopolies, for far less than they sell to their own medical customers. Oils, which provide a nice boost to price per gram, are extremely limited in what they can be sold in, so while that should be where the real juice comes for Tilray’s accountants, it’s not. Instead, oil prices are falling, not because there’s too much out there, but because there’s not enough SKUs to put it in.

And then there’s the question of, is it even worth selling your product to the government and getting a 20% margin shave when doing so?

Gross margin increased sequentially to 27% from 23% in the prior quarter.

Why bother selling to the government when you can sell to your own customers?

Some have taken that position and either vaulted their product to sell later (presumably for a higher price), or sold it to their own medical patients (for a premium price with no wholesale middle man), or used the lower priced government network to get rid of their low quality trash. This is why we have the undersupply/quality issues we’re experiencing now.

Sales figures from the provincial distributors give us the only way to judge who is winning the battle for the public’s attention, since standard marketing is not permitted in the Canadian space, so some companies are embracing the lower wholesaler prices as a means of connecting with a national audience.

Since users on most government sites can only categorize products listed by price and CBD content (Health Canada has banned any mention of what symptom it might help with), selling cheap is a valid manner of expanding your base.

But that puts even more squeeze on margins.

Big deal if the margins are tight, you might think – TLRY can just grow more weed and make it up on quantity, right?

Gross margin continues to be impacted by increased costs incurred with the ramping up of cultivation facilities in Canada and Portugal and acquiring third party supply.

And considering they’re buying and selling third party product right now, does TLRY even make money when it makes a sale in the meantime? Might the better goal be to sell and produce… less for a while?

But: $20m of that revenue came from Manitoba Harvest, the hemp seed company it (wisely) bought, but which also props up the impression folks have of the TLRY weed business as being bigger than it is.

Take that side hustle out of the equation and the loss moves to $55 million, and the revs are just $28 million, which is a slaughter for a $3.5 billion market cap.

Tilray is not the favourite company of many, particularly those who actually look at market caps. It had a great run when it opened on the NASDAQ and folks chased it way too hard, but it’s been on a consistent slide since, and today’s financials do not provide a foothold from which to climb back.

The system doesn’t reward participation right now, so Tilray grows but loses money doing so, it plans for growth that doesn’t come because the feds aren’t sure they want that, and it struggles to meet its promise because every single thing they do has to be approved by a bureaucrat.

Take the limitations off the marketing of these companies and we’d see significant sales lifts, as well as a race to see who could spend the most on marketing on the way to becoming a genuine national – and even international – household name.

Currently, there are no cannabis household names, because every package looks the same, the online sites are terribly categorized, and low quality control standards are the norm. Strain names are more searched often than the names of the companies that sell them, and with hundreds of SKUs, and a lot of ‘once a year’ customers, it’s really tough to get a genuine category leader out there..

Arcane restrictions on the production and sale of beverages and edibles, put in place to satisfy hand wringing political opponents who probably light up when nobody is watching, add to the struggle. Further restrictions on who can open a retail store and who can’t (in short: almost everybody can’t, but lottery winners can) moves the real payoff of cannabis production – the processing of your product into a new value-added product that you can sell on a shelf – to entirely new companies, closing off that business to those who’ve already established themselves as obeying the law.

Now you have Health Canada having to spend a fortune hiring people to check all these new players in new verticals, and process their permits and handle their security checks, and tell us we can have gummies but not bears, and that they can only be 10mg so you’ll need to pop 10 to get a reaction, that the labels must be plain paper and not have a nice logo or a celebrity or a word that might be fun.

Tilray’s numbers are shit, for a company of its size. But they almost have to be, they’re almost designed to be, by a government system that stands blocking every LP from being able to reach the promise investors bought into. I’d love to slap Kennedy around for being a shitty weed exec, but tell me who’s showing him how it’s done?

$35.1 million loss on $48m revenues? The dumbest street slinger beats Tilray’s quarterly profit numbers, and that should be rare, not the norm, but we’re about to see a lot of companies pitch their tent right around Tilray’s numbers, and the battle won’t be for profit, but who can stem their losses best.

FULL DISCLOSURE: Not a commercial connection to Acreage or Tilray. TGOD is an Equity.Guru marketing client. 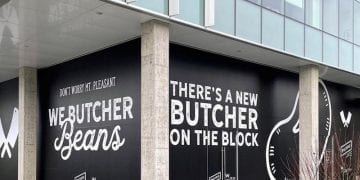 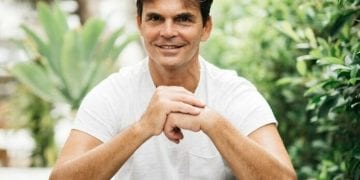