Curaleaf (CURA.C), the CSE-listed, U.S.-based multi-state operator (MSO), is now the target of several class-action lawsuits concerning the sale of products in violation of FDA regulations.

Lawsuits by at least three firms are being brought against Curaleaf on the basis of diminished shareholder value resulting from false or misleading comments by the company and the lack of disclosures on the company’s website and social media pages.

According to the lawsuit, defendants throughout the Class Period made false and/or misleading statements and/or failed to disclose that: (1) Curaleaf, on its website and social media pages, marketed its CBD products to be used as drugs and dietary supplements, contrary to law; (2) Curaleaf also sold unapproved animal drugs on its website; (3) such conduct would result in a warning letter from the U.S. Food and Drug Administration (“FDA”); and (4) as a result, defendants’ statements about its business, operations, and prospects, were materially false and misleading and/or lacked a reasonable basis at all relevant times.

According to Wolf Haldenstein Adler Freeman & Herz LLP, the company:

…resulting in the defendants’ statements about its business, operations, and prospects, being “materially false and misleading and/or lacked a reasonable basis at all relevant times.”

How this all started

For background, Curaleaf Holdings’ recent troubles with the FDA and ensuing lawsuits follow its ascension to the apex of tertiary cannabis companies alongside Canopy Growth (WEED.T).

Bloomberg called Curaleaf “the most valuable U.S. marijuana company” in a May 2019 story after the company announced a USD$950M acquisition of Cura Partners. 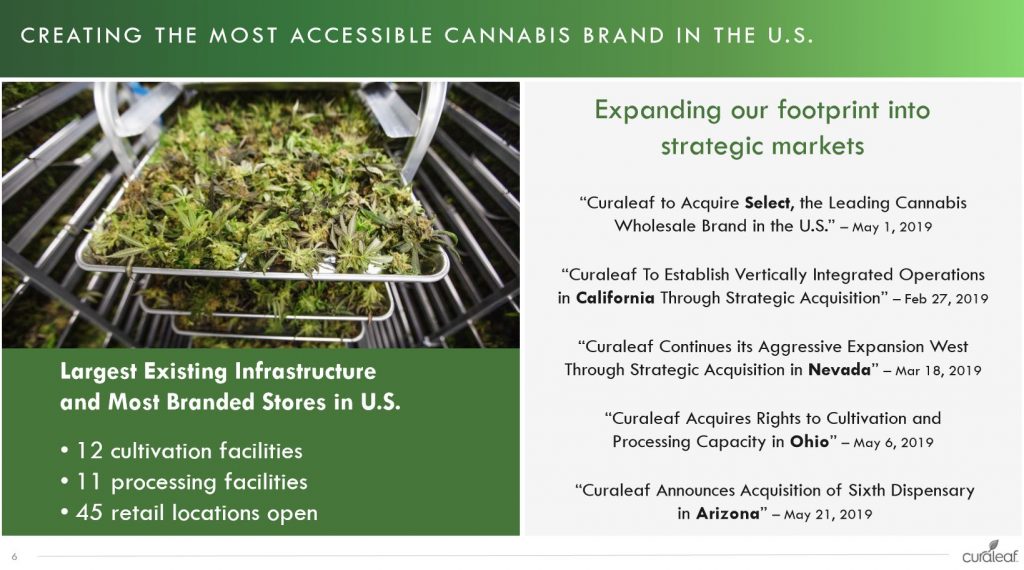 As the largest MSO, Curaleaf was bound to draw scrutiny in the same way its Canadian counterpart, Canopy, has.

Read: What the FDA thinks of Curaleaf (CURA.C), the ‘world’s largest cannabis co.’

How the company marketed its CBD-derived products is a recurring theme in the FDA’s warning letter. Cannabis companies have long played fast and loose with claims about CBD precisely because there is a lack of clinical research to either substantiate or refute its medicinal efficacy.

It was only a matter of time before someone got their knuckles rapped because of it, and Curaleaf simply had the misfortune of occupying the pole position when the hammer came down.

The FDA cited examples of Curaleaf advertising products for the treatment of diseases or chronic conditions, which is a big no-no under FDA regulations.

As an example, the following statements were made on a Curaleaf webpage titled “Can CBD Oil be Used for ADHD?”

As such, the FDA interpreted these products to be medicine and not dietary supplements as Curaleaf intended, therefore barring them from introduction into inter-state commerce without further testing.

Curaleaf is down 3.2% today, most likely because of today’s news but verifying causation is impossible. The company did not respond to requests for comment.