Long and Short (Ep 2): The rate cut and what it means 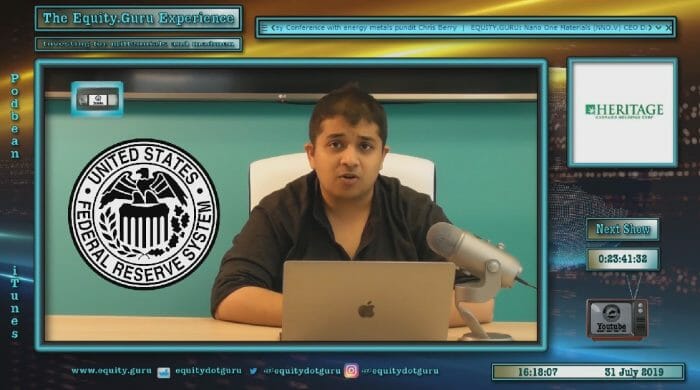 For the first time since 2008, the Fed cut rates by 25 basis points to boost economic growth. In a perfect world, a lower cost of borrowing would’ve made the market soar.  But stocks fell yesterday, and they fell today. It’s complicated. Let’s get into it:

Interest rates and the economy

The interest rates set by the central bank are pivotal to the economic activity of any country, and a rate cut for the US means the cost of borrowing is cheaper. It doesn’t mean your mortgage will be cheaper tomorrow. It’ll be some time before lowered interest rates affect the interest rates of credit cards, mortgages, and business loans.

It’s a win for bigger corporations or firms at growth stages, which can now use debt financing to fuel growth instead of issuing more equity. I’m looking at you Uber (UBER.Q) and Netflix (NFLX.Q).

These billion-dollar giants are operating at huge losses to pay customer acquisition costs and boost growth. If you’re looking to build the next billion-dollar company, this is your cheat sheet:

Now, this business model worked for Amazon (AMZN.Q). They ran at a loss for roughly eight years before becoming profitable.

To be honest, I like this strategy. It’s smart, and the winners self select themselves out of the weeds. The weeds either declare bankruptcy or get acquired or, I don’t know, trade on the TSXV for less than 10 cents.

But what happens when it’s not one firm, but literally EVERY MAJOR COMPANY that you know that begins doing it? Will it work just as well? It worked for Amazon even at the time when they were making losses they could go ahead and boast double-digit revenue growths and say to the world that they’re the only e-commerce player that is out there. But now, you’ve got competition.

You know what competition does? it erodes the ability of any single firm to make significant profits. It means the customer is likely to be left with a service that is the least worst as opposed to one that might be the best. It means investors won’t make much return now on either of these companies.

Coming back, it’s these giants which are likely to benefit from lower interest rates who will aggressively use debt financing to get out of the competitive hellhole they’ve found themselves in.

I’m not a conspiracy theorist, but if the US economy is literally booming with unemployment rates at an all-time low, what the hell are lowered interest rates going to accomplish? A possible answer is Trump’s re-election in 2020.

Here’s what one possible version of the conspiracy theory looks like:

You could buy this argument. I’d question premise two.

How any economy is performing under any political leadership is not perfectly correlated. Yes, politics has a certain influence on the policymaking of a country, but there’s also a larger macroeconomic credit cycle at play here.

You’d think it all makes sense because the FED is an independent entity that is not answerable to any political authority. It’s set up this way so that the FED’s decision making is in the best interest of the American economy and NOT a political party. Except of course, if you’re a conspiracy theorist.

You might not believe in conspiracies. But someone surely does. In fact, enough people do that Powell had to state on record that the FED’s decisions were not affected by politics.

“We are not going to prove we are independent with our monetary policy”, Powell said.

Has Powell given in to political pressures from the administration? Is the FED just going to give the traders on wall street what they want? I don’t think Powell himself has an answer to that question. Upon being asked some rather simple questions about the rate cut, Powell had no clear answers.

“We are thinking of it as a mid-cycle adjustment to policy. I’m contrasting it with the beginning of a lengthy cutting cycle,” Powell said.

Okay. This is a mid-cycle adjustment. The trade war is hurting the US and China. Trump is scared at the pace at which China is growing. So, you might expect a series of rate cuts to allow the US to be competitive in the global marketplace. Except Powell said this:

“What I said was it’s not the beginning of a long series of rate cuts.”

It’s no wonder then that the sell-off started happening the moment Powell started talking. The unclear stance on whether the economy should expect a series of rate cuts or unchanged rates meant that investors want to lock in the profits they’ve made thus far.

You’d think Trump would be happy, except for this:

What the Market wanted to hear from Jay Powell and the Federal Reserve was that this was the beginning of a lengthy and aggressive rate-cutting cycle which would keep pace with China, The European Union and other countries around the world….

….As usual, Powell let us down, but at least he is ending quantitative tightening, which shouldn’t have started in the first place – no inflation. We are winning anyway, but I am certainly not getting much help from the Federal Reserve!

With the US elections months away, economic activity will play a significant role as a talking point for those running for office. Maybe the FED’s decision to cut rates is independent of all political pressure and is in the interest of the American economy. What’s unfortunate is that something so fundamental, tangible, and above all, real, will be reduced to a prop in the coming election – a talking point.