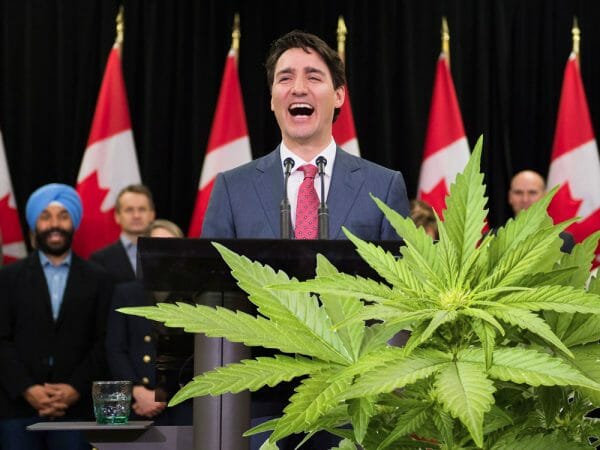 More good news for Canadian cannabis enthusiasts: people suffering under the weight of a prohibition-era criminal record for simple cannabis possession can apply for a pardon starting today.

Normally, the application process costs $631 and includes significant waiting periods, but all of that has been waived. There’s also a streamlined application guide and forms with step-by-step instructions detailing the process.

“Starting today, individuals who were disproportionately impacted by cannabis laws of the past, including visible minorities, Indigenous people, and those in our most vulnerable neighbourhoods can finally shed the burden and stigma of that criminal record and have the ability to move forward positively in their lives,” said Ralph Goodale, Minister of Public Safety and Emergency Preparedness.

More than 500,000 Canadians have a criminal record for simply being in possession of cannabis, according to a 2014 study.

Statistics Canada said the numbers of Canadians convicted of pot possession offenses were down each year after Justin Trudeau announced his plans for legalization and regulation of cannabis, but 55,000 Canadians were still arrested for cannabis-related offenses in 2016 alone, and 41,800 of those were for possession.

Here are a few consequences listed by the John Howard Society:

And all of that’s on top of whatever persistent damage is done to your relationships with your family and friends.

A pardon remains on your record for anyone running a criminal background check to find, therefore they would still have to check the “convicted of a criminal offence” box on an application for housing or employment.

It’s not an expungement, which scrubs the record clean by destroying all known government records of the offense. Afterwards, it’s as if person was never convicted of the crime.

Still, it’s a step in the right direction for people who’ve had their lives ruined for simply having pot on their person.