What the FDA thinks of Curaleaf (CURA.C), the ‘world’s largest cannabis co.’

On July 22, 2019, the U.S. Food and Drug Administration (FDA) sent a warning letter to Curaleaf Holdings (CURA.C) via overnight delivery.

The message was plain: Four of the company’s CBD-infused products are “in violation of sections 505(a) and 301(d) of the Federal Food, Drug, and Cosmetic Act,” and Curaleaf’s CBD products for pets are “unapproved new animal drugs that are unsafe under section 512(a) of the FD&C Act.”

Curaleaf’s drawing of the FDA’s ire may be due to its new designation as the largest American multi-state operator (MSO). Although the company’s claims about CBD’s restorative powers may be in violation of FDA acts, companies in the cannabis sector have been flirting with such claims for years due to a lack of definitive research around CBD.

Based on our review of your website, your “CBD Lotion,” “CBD Pain-Relief Patch,” “CBD Tincture,” and “CBD Disposable Vape Pen” products are drugs under section 201(g)(1) of the FD&C Act, 21 U.S.C. 321(g)(1), because they are intended for use in the diagnosis, cure, mitigation, treatment, or prevention of disease and/or intended to affect the structure or any function of the body.

–Donald D. Ashley and Eric Nelson, directors of the Food and Drug Administration

The FDA’s letter cites numerous posts on the company’s social media pages as evidence of their claims about CBD.

The FDA’s letter says these “products are not generally recognized as safe and effective for the above referenced uses,” and that they “are offered for conditions that are not amenable to self-diagnosis and treatment by individuals who are not medical practitioners.”

The same goes for the company’s CBD-infused pet products which, without FDA approval and testing, are considered unsafe and cannot be introduced into interstate commerce.

Curaleaf shares now off 12% after the FDA issued a warned letter over CBD health claims on the company’s site.

While Curaleaf management may argue these products are dietary supplements rather than drugs, the FDA sees things differently:

You should take prompt action to correct the violations cited in this letter. Failure to promptly correct these violations may result in legal action without further notice, including, without limitation, seizure and injunction.

Curaleaf stock is down 12.8% as of 7:32 a.m. PDT. The company has not responded to the FDA’s warning letter at this time.

Much ado has been made about Curaleaf becoming the largest U.S. MSO after its acquisition of GR Companies; comparisons to Canopy Growth (WEED.T) abound and all the hyperbole that implies.

The $875M acquisition gave Curaleaf a presence in seven additional state–including Illinois, Michigan and Pennsylvania–bringing their total coverage to 19.

“…the combined company will have 131 dispensary licenses, 68 operational locations, 20 cultivation sites and 26 processing facilities. With the acquisition, Curaleaf will also add new markets in Arkansas, Michigan, North Dakota, Oklahoma, and Vermont, and build on its existing businesses in Connecticut, Maryland, Nevada and Ohio. Upon completion of the proposed transaction, Curaleaf will be the largest medical and adult-use cannabis company with access to a total population of approximately 177 million people.”

Apart from their run-in with Johnny Law, the company has done an excellent job of increasing revenue and maintaining shareholder equity, according to their Q1 2019 financials. And with a >4x price-to-sale ratio, they’re world-class.

The company doesn’t have the greatest quick ratio, barely breaking even–and that’s before the latest acquisition. But they’re a pretty tightly run operation. The company has 338 million shares issued, about equal to Canopy, and from my time in Florida, they were neck and neck with iAnthus (IAN.C) in the competition for “best looking dispensaries.”

They’re going to pay for this one, though. Heavy is the head, and all that. 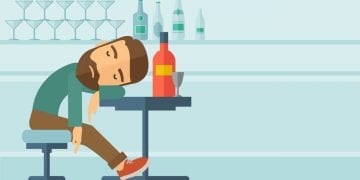