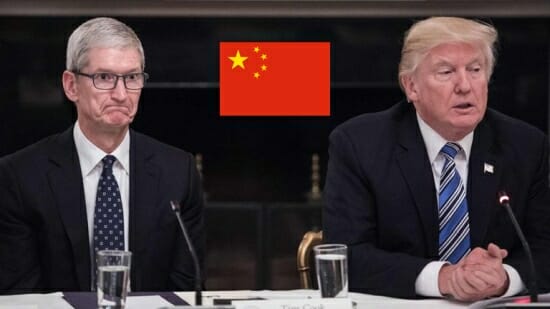 The CEO of Apple (AAPL.NASDAQ) Tim Cook (58) is university educated, liberal and gay.

Combine these factors and there is close to zero chance he’s going to be a fan of Donald Trump.

Publicly Cook and Trump rarely agree about anything.

On the campaign trail, Trump criticized Cook to rile up his base. In fact, he called for an all-out boycott of Apple.

In turn, Cook  criticized Trump’s immigration policies while disagreeing with the President on family separation and the Muslim ban.

Trump’s idea of “not-losing-face” was to claim that he was only trying to save time. 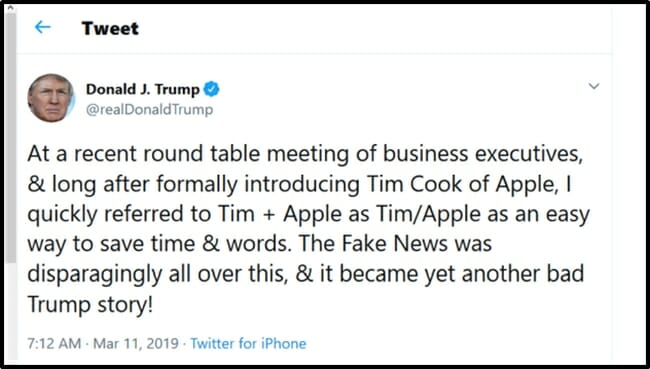 Apple is reliant on China, both as a manufacturing center, and a market for their products.

At the G-20 summit last week, the U.S. agreed to put a hold on $300 billion additional China tariffs.  China agreed to resume talks, but maintains it will need all the tariffs rolled back before it will start buying U.S. agriculture products.

Trade experts are skeptical the U.S. and China will reach a meaningful trade agreement.

Morgan Stanley analyst Katy Huberty stated that a 25% tariff on China-made cellphones would cause the iPhone XS price to go up $160. If Apple decided to absorb the tax, it would create a 22% decrease in earnings per share in 2020.

“Given the reliance on China’s established, low-cost labor force and expertise in manufacturing/tooling, a large-scale move out of the country would not only be costly, but could take multiple years to complete,” wrote Huberty in a note last week.

The other side of the coin is that in 2018 Apple reported $51 billion in revenue from “Greater China,” (including Hong Kong and Taiwan) That’s Apple’s 3rd biggest territory, after the Americas and Europe. Apple’s total revenue for the year was $265.6 billion.

“Donald Trump’s declaration that “trade wars are good, and easy to win” will surely go down in the history books as a classic utterance — but not in a good way,” wrote revered NYT columnist Paul Krugman, “the reality is that Trump isn’t winning his trade wars.”

Krugman claims that the laboriously re-negotiated NAFTA with Canada and Mexico is “so similar to the old one that you need a magnifying glass to see the differences.”

According the Krugman, Trump’s trade wars are failing for three reasons:

After 14 depressed teenagers hurled themselves off rooftops at Foxconn-run iPhone factory in China, Jobs jauntily declared, “Foxconn is not a sweatshop. They’ve got restaurants and swimming pools.  It’s a pretty nice factory!”

Despite his reputation as a micro-manager, Steve Jobs never visited Foxconn.

Tim Cook is a different kettle of fish. 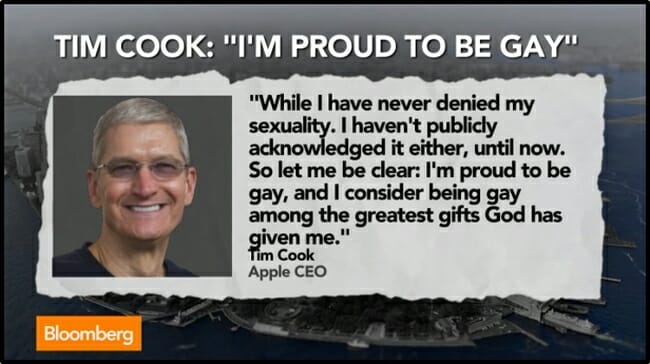 Cook later stated that he will give his entire fortune to charity.

Trump is a self-confessed groper who ran a fake charity.

The philosophical disconnect between the two men is big enough to cause antipathy.

But the real reason Tim Cook hates Donald Trump is that the US./China trade war could make Apple stock plummet 30%.

For Apple shareholders, it’ll be more like a flesh-eating-disease.