On June 26, 2019 Barrian Mining (BARI.V) announced that it has cued up a drill rig for a reverse circulation (RC) drilling program at the Bolo Gold Project in Nevada.

RC drilling employs a bit attached to a down-hole hammer to generate the hole. Unlike diamond drilling, this technique produces samples of rock cuttings rather than a cylindrical chunk of rock core.

The down-hole hammer is powered by compressed air, which has a double-duty in bringing the drill cuttings up to surface.

In a moment we’ll drill down into the Bolo asset, but first let’s talk about the location of this project.

All mining stories start with location.

Owning a 10-million-ounce gold project in Venezuela and thinking you are rich, is like holding a news-clipping of Scarlet Johansson and believing she will become your wife.

In Venezuela the “political discount” is so high that it will render any mineral asset worthless.

But it’s not just incompetent South American regimes that can torpedo a mining project.

Is that a good place to be?

“Saskatchewan displaced Ireland from the top spot this year,” stated the 2018 Fraser Institute Mining Survey, “Saskatchewan was followed by Nevada in second.”

The top jurisdiction in the world for investment based on the Investment Attractiveness Index is Nevada.

Yes – Nevada is a good place to be.

The contractor, Harris Drilling has been operating in Nevada for over 30 years.

“We are confident in Harris’s experience in Nevada to handle our summer drill program,” stated Maximilian Sali, CEO and Founder of Barrian, “The rig chosen will allow us to drill our high priority target to a depth of around 500 metres where geophysics has shown a potential mineralized anomaly that could prove to be continued mineralization at depths well beyond any previous drill holes on this property.”

A modified Schramm T685 Track Drill will be utilized for the Bolo RC drill program.

Equity Guru mining vet Greg Nolan may understand that bullet list.  I don’t.  But I do know that it’s fun to frown and say, “Boogey Prime Mover Track Carrier”.

Because the rig is track mounted, it can traverse the terrain with minimal surface disturbance, increasing efficiency and reducing reclamation time. 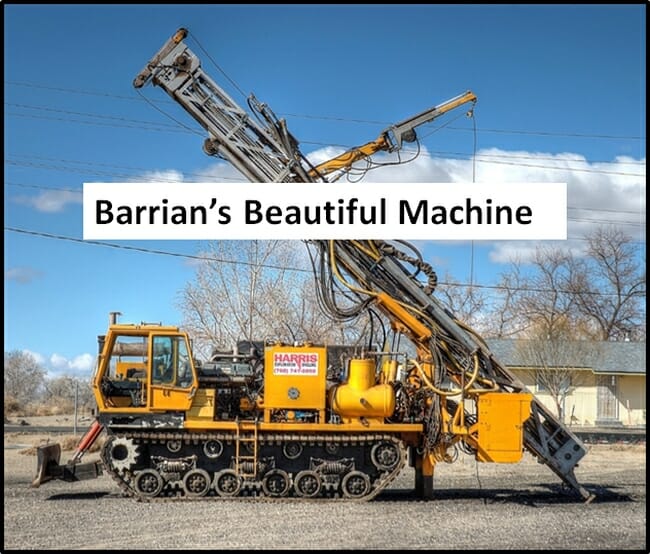 “One of the things we’ve been yakking about for months – nay years – is the need for the mining and resource sectors to start speaking to the younger investor crowd,” stated Equity Guru’s Chris Parry in a podcast with Sali.

Parry explained that the short attention spans of millennials, can make it challenging to sell them on the longer time horizons involved in developing a mine.

“I like getting things done fast and I hate waiting,” replied Sali, “The asset is fully permitted for drilling. We’re not going to have to apply for anything.  We have the permits. We have the drill rig ready. We have the water rights. We are ready to go.”

Greg Nolan gives a detailed overview of Barrian’s properties, including the company’s earn-in option to acquire 100% of the “Sleeper Project” located in the historic Mogollon epithermal silver-gold mining district of New Mexico.

“We are very excited that preparations to drill have started at Bolo for our summer drill program especially as gold hits a new 6 year high,” stated Sali.

Gold is surging because it’s finally occurring to fund managers that we might have a little debt problem. 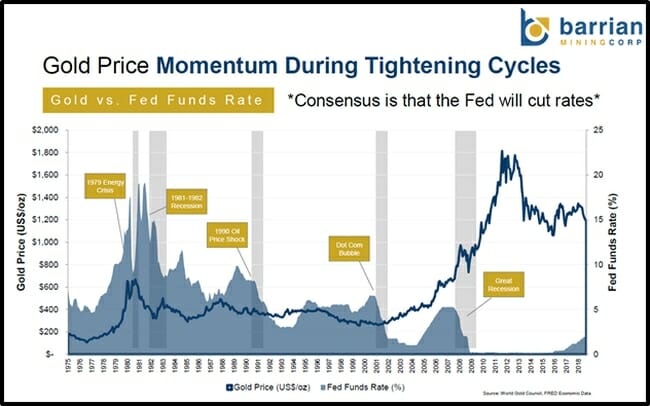 This majority of this debt is based on fiat currency (paper money), and it is very easy to manipulate supply.

No act of Congress can magically pulls a bag of gold flakes out of a rabbit hat and toss it like confetti at the unhappy populace.

NBA Dallas Maverick’s owner Mark Cuban (who – to be fair – isn’t a dummy) refers to gold as “an expensive pet rock”.

But unlike cryptocurrency the value of gold is buried deep in our ancestral psyches.

The Chinese love gold.  India’s population treats it as a religion. We anticipate in the near future, there will be a stampede to gold.  Investors who already own gold assets will see the value of those assets appreciate sharply.

Barrian is a brand-new company trading at .12 with a market cap of $5 million.

It’s a little guy with a delineated pathway to being a big guy.

Full Disclosure: Barrian Mining is an Equity Guru marketing client, and we own the stock.