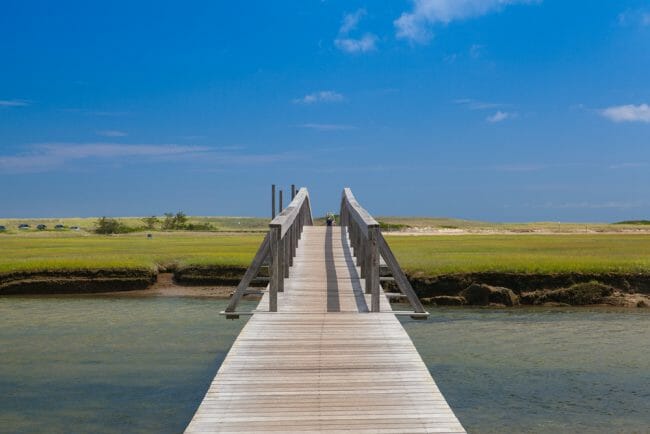 A few weeks ago we informed readers that CLS Holdings USA (CLSH.C) was targeting Massachusetts in a nation-wide expansion of its pot dispensaries. Well, the the Las Vegas-based cannabis holding company has just announced that it’s on track to acquire its second dispensary in the New England state.

From the desert of Nevada to the coastal lowlands of Massachusetts, CLS appears hell-bent on conquering the legal cannabis market through strategic acquisitions and branded product lines.

In a Tuesday press release, CLS Holdings announced that a company it’s about to acquire has entered into an agreement with the Town of Sandwich, Massachusetts to launch a new medical marijuana dispensary. In Good Health (IGH), the company in question, is planning to locate a Registered Marijuana Dispensary (RMD) in Sandwich once it obtains all the necessary certificates of registration and state licenses.

Once finalized, Sandwich will be home to CLS Holdings’ second medical marijuana dispensary in the state.

IGH president David Noble expressed his gratitude to the Town of Sandwich for approving the location:

“We are truly appreciative of the opportunity to open a retail facility in Sandwich and are grateful for the support we received from the town,” he said in a statement.

Sandwich is the oldest town on Cape Cod, having celebrated its 375th birthday back in 2014. Despite having a population of just 20,300, the town has been expanding rapidly for several decades.

CLS believes that a newly located marijuana dispensary should benefit the town through economic development, higher employment and a bigger local tax base.

That’s all very likely to pan out.

The economic benefits of the pot boom extend far beyond sales. Employment (direct and indirect), incomes and investment opportunities are all set to rise now that prohibition is coming to an end.

Marijuana is already the fastest-growing job market in the country, with more than 64,000 jobs added in 2018 alone, according to data from Leafly and Whitney Economics. As legalization spreads across state borders, job creation is expected to grow.

Once again, these numbers only reflect “direct” employment and say nothing about the indirect and induced benefits of pot legalization. Even a conservative multiplier suggests that, for every four jobs created in a fast-growing industry, one additional job is created elsewhere in the economy.

None of this means that the Cape Cod region is going to turn into a marijuana employment hub overnight. But regions that are first-movers in emerging industries are likely to reap long-term benefits. Just think about what those 64,000 jobs added to their local economies last year.

CLS is on fire

Legal marijuana has been described by many (well, by me at least) as a generational opportunity. I’d go as far as calling it a “future-proof investment” that mirrors the dot-com craze or the soon-to-be tokenization market.

Against this backdrop, it’s easy to get swept up in the euphoria and even easier to start putting money in penny stocks with the words “cannabis” or “marijuana” in their prospectus. The truth: no two marijuana companies are exactly alike and there are more imitators than legitimate enterprises.

CLS is a pot company on steroids.

Last month, the holding company generated more than $1 million in sales through its various subsidiaries and brands. The Oasis dispensary saw year-over-year revenue growth of 55% during the month while City Trees, a branded product division, posted annual sales growth of 189%.

CLS did all this while focusing mainly on one state: Nevada. Now, imagine what CLS’ revenue targets would be if it employs a similar strategy in the other green states. And imagine what that would mean for employment and other spin-off benefits.

Let’s put this in perspective: in 2018, Nevada’s legal pot sector created 7,500 jobs. Massachusetts has more than double the population of Nevada. We can clearly envision a future where legal cannabis will spawn a bevy of employment opportunities in the New England state. By the looks of it, CLS Holdings could play an important role.

Shares of CLS Holdings skyrocketed on Tuesday, outpacing the broader market by a wide margin. At $0.34 a share, CLSH is trading at more than two-month highs but is still well below its all-time peak.

Whereas the previous peak was largely attributed to pot-stock FOMO, there’s reason to believe that CLSH is on a path toward more sustained growth in the future. If we see a repeat of last month’s sales numbers, CLS’ days as a penny stock could be numbered.

Full Disclosure: CLS Holdings is an Equity Guru marketing client, and we own the stock.