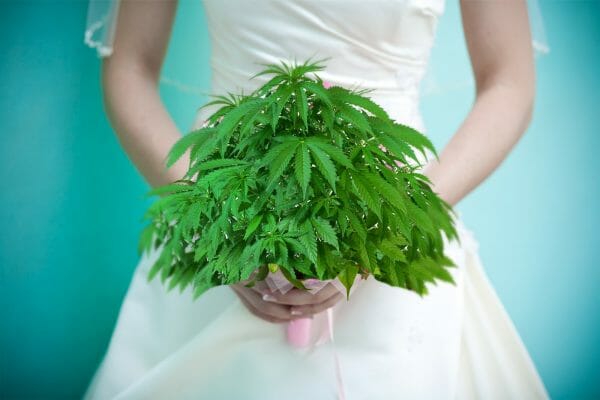 There’s a well-known statistic that about 50% of marriages end in divorce, but that’s an American stat and it doesn’t necessarily apply to Canada. (The number here is 38%, according to Stats-Canada.) It should be the last thing on our minds at a wedding, but some uncle, day-drunk at the reception’s open bar, is likely to open their mouth and that sad stat will come tumbling out.

But this isn’t that kind of wedding, and there’s virtually no indication that the company created by the peculiar set of nuptials announced today by World Class Extractions (PUMP.C) and Quadron Cannatech (QCC.C) have anything but blue skies and happily-ever-after in its future.

World Class Extractions and Quadron Cannatech completed their previously announced merger, with Quadron agreeing to keep their name and operate as a subsidiary of World Class.

Both companies have been halted since Friday, but this merger had been well-documented prior to that, and PUMP had started recovering after a bad start to June.

We started covering the courtship, romance and subsequent engagement between World Class and Quadron back in March by pointing out the similarities between the two companies.

Every successful relationship needs common ground to build on, and these two have that from their mutual interest in cannabis extraction.

Quadron also brings their technical expertise, established customer base and management team with them. Their original aim, at least at the announcement of the engagement, was to become a leading provider of extraction and processing solutions. Now they’re aiming even higher.

“The merger of Quadron Cannatech with World Class Extractions accelerates the pace and effectively increases progress towards our strategic goals of becoming the world’s largest extraction company in terms of capacity. The reconstituted management and board have diverse and strategically relevant backgrounds to address the global opportunities arising in the cannabis and hemp industries.”

This new company’s future trajectory is going to be interesting to watch to see how their results match up in comparison to the lofty goals they’ve set for themselves.

Bringing the families together

Sometimes marriages start off rocky because the families can’t reconcile their conflicting values, but not here: Both companies nominated key members to the board, adding their best and brightest.

Of interest in this particular list is Rosy Mondin, the former CEO of Quadron Cannatech.

“If you REALLY know the weed business in Canada – you know Rosy Mondin. She co-founded the Cannabis Trade Alliance of Canada. She’s an advisory board member of the Canadian Association of Medical Dispensaries. She’s who Jodie Emery would be if Jodie Emery was A) not relentlessly self-obsessed and B) not married to a jackass,” according to Chris Parry on Feb. 24, 2017.

She’s also on the board of newly public Vancouver-based weedco Pasha Brands (CRFT.C), whose board of directors reads like a cannabis-company version of a rock n’ roll supergroup. Hanging with that crowd means she’s exceptionally well-connected and knowledgeable about the Canadian cannabis industry. So much that she received the inaugural Woman in Weed – Trailblazer last November.

PUMP’s tech can handle the large-scale extraction of CBD oil and other related extracts using either mobile or installed extraction systems.

The analogy ends here because there’s nothing that works as the pitter-patter of tiny feet, except maybe profits, which the new company is well-positioned to chase. Possibly with its tiny feet.  Sure.

Both companies have been halted since Friday pending the merger, but PUMP was trading at $0.14, with 451,180,147 issued and outstanding shares and a market cap of $63.1 million.