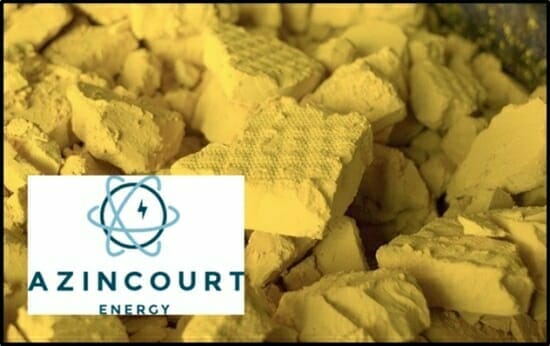 No, they did not find a lot of uranium.  You’d be hard-pressed to call that a “good thing” – but it’s not the end of the world (or this company) either.

“There are investors looking for a ‘liquidity event’, which this news was,” stated AAZ President & CEO, Alex Klenman in a telephone conversation with Equity Guru today, “Uranium drilling is not the same as gold drilling.”

Klenman had been taking calls all day from investors asking him, ‘Why didn’t you hit uranium?’”

AAZ found anomalous results for uranium deposit pathfinders Ni, Co, Cu and, Zn.  The presence of these pathfinder elements enhances vectoring towards the most prospective areas of the conductor systems.

“The elephant-hunting metaphor is over-used,” admitted Klenman, “but let’s go with it.  What we’ve found, are tusks.  Lots of them.  So yes – we consider this very good news.  We’ve drilled 552 meters, out of 5,000 meters – and we’re fully funded to complete the entire drill program.”

Equity Guru readers with post-graduate degrees in Geological Sciences are urged to pour themselves a frozen daiquiri and curl up with the June 17th 2019 press release.

Those readers (we pity you) who do not know what a “Pegmatitic Partial Melt Segregation” is – can read on for a dumbed-down user-friendly explanation of the current wealth-creation opportunity at AAZ.

Azincourt Energy is acquiring, exploring and developing of alternative energy/fuel projects, including uranium, lithium, and other critical clean energy elements. 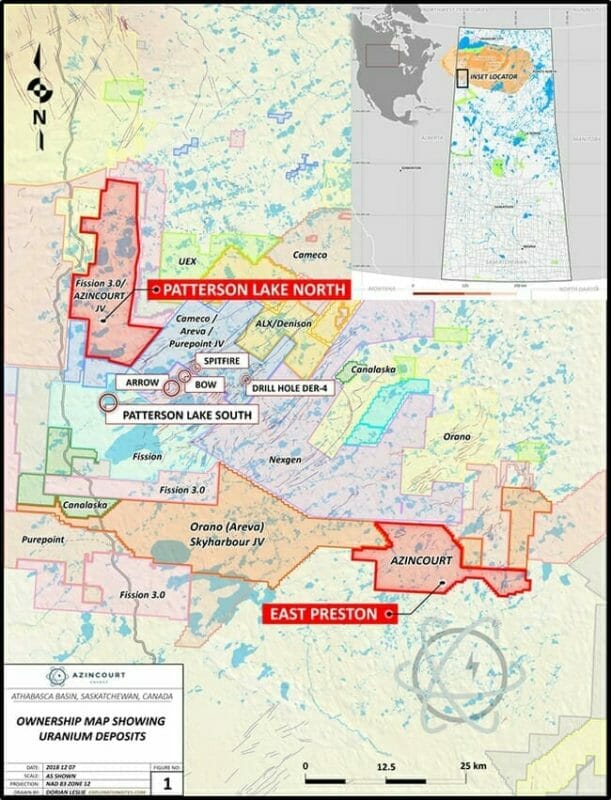 AAZ has a Joint Venture (JV) at the East Preston Uranium Project in the Athabasca Basin, Saskatchewan, Canada, and the Escalera Group uranium-lithium project located in southeastern Peru.

Before we get into the drill results, let’s back up for a second and talk about uranium and nuclear energy?

Compared to sitting on a couch made of bubble-wrap, watching Season 1 of Hot Wives of Orlando?

Compared to any other form of mass energy?

When something goes wrong – it tends to be dramatic and deadly.  In the air flight industry, that contributes to a situation where about 20 million North Americans suffer from chronic fear of flying.

But it’s simply not logical.

Although there were no deaths caused by acute radiation syndrome, about 2,500 Japanese people died from “disaster related deaths” – many caused by the clumsy evacuation of residents out of the radio-active area.

Despite this, uranium prices still languish in the shadow of the 2011 Japanese reactor disaster. 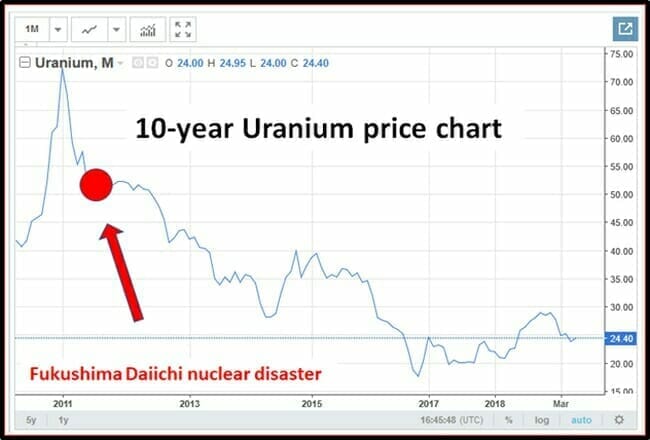 For the next century, nuclear power will play a role helping the world keep the lights on at night.

China plans to build 99 reactors by 2030, with government investment of over $100 billion. China has 38 reactors in operation, 25 under construction, and 39 planned. They intend to double this number by 2040.

Nuclear power requires uranium. There is no other near-term solution. Thorium is a pipe dream. Uranium has to be used in all these new nuclear plants as well as the old ones.

So, given the bullish demand-side data, why is the price of the uranium so low?

That depends what music you put on when you read the charts. (The charts can salsa, hip-hop or slow-waltz).

Energy pundits often point out that there’s a lot of uranium sitting just below the crust of the earth.

Due to unsustainably low prices, the market is seeing significant production curtailments.” stated Sachem Cove Partners.  “No green-field project development, shrinking inventories, and reduced secondary supplies. As a result, the uranium market has entered a significant multi-year supply deficit.  The price of uranium needs to rise at least 100% from today’s spot market levels—and stay there for a sustainable period—before the majority of miners can even contemplate re-starting idled capacity or moving ahead with new project development.”

The initial drill campaign has got AAZ excited because the graphitic structures intersected at East Preston are “very similar and appear to be analogous to the Patterson Lake South-Arrow-Hook Lake/Spitfire uranium deposit host rocks and setting.”

“It’s an excellent start to initial drill testing at East Preston,” stated Klenman. “We have confirmed the project contains the appropriate environment – both geologically and geochemically – that is consistent with uranium mineralization in the area.”

Klenman stated that AAZ has “dozens of high priority targets yet to drill, and thanks to recent substantial institutional support we are well funded to execute a much larger phase two program.”

“Permitting is already underway, we have the cash, and we have the targets,” states Klenman, “Our timing looks good with sector developments as well. We’re excited to get more drills in the ground and will announce details of the upcoming phase two drill campaign in the coming weeks.”

The Athabasca Basin in Saskatchewan, Canada is home to the largest and highest-grade uranium deposits in the world.

A single strike can be worth as much as $40 billion.

The stock has upside in the same way that Kawhi Leonard is athletic and tall.

It is staring at you in the face.

Full Disclosure: AAZ is an Equity Guru marketing client, and we own the stock.