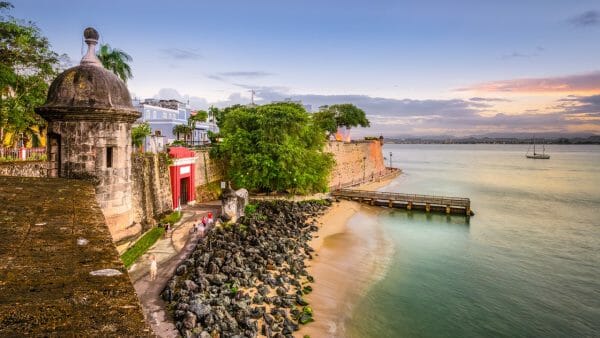 QuickStrips is a sublingual delivery system for THC, CBD and other compounds that sports a low onset time.

You pop it under your tongue and it dissolves in seconds, like breath-strips. The company equates onset time to be close-to taking the chemical intravenously, and they’re conducting controlled trials to demonstrate QuickStrip’s effectiveness and consistency.

That isn’t anything special as the market for cannabis is fairly saturated in California. But Puerto Rico is a different story altogether and represents a significant investment opportunity.

Our story begins with outgoing Governor Alejandro Padilla, who legalized medical marijuana by executive order as a parting gift to his constituents a year before leaving office in 2016. It took another two years for the legislature to vote it into law and Padilla’s replacement, Ricardo Rosselló signed the legal framework for its use.

Puerto Rico had an estimated 29 dispensaries by August 2017. Hopes were high that cannabis in Puerto Rico would solve three big problems.

1. Give patients a natural alternative to Big Pharma treatments riddled with side effects

3. Pay down the estimated $70 billion in debt Puerto Rico owed to the United States

Six weeks later, Puerto Rico was smashed by Hurricane Irma—the most destructive hurricane in the island’s recorded history—and then again by slightly less powerful Hurricane Maria. The destruction was widespread and the death toll was estimated at 3,000.

The U.S. Congress dragged their heels on aid money until until February 2018, and cannabis ended up on the back burner for more important issues:

The aftermath for the cannabis industry mirrored that of the rest of the country.

Crops were destroyed, manufacturing plants and dispensaries were badly damaged, and the future of the industry was in doubt.

Insurance companies slowed recovery by whittling down the potential payouts to dispensaries, and the U.S. Federal disaster aid disbursements weren’t forthcoming because the federal government still classified the cannabis trade as illegal.

Now Puerto Rico has 70 dispensaries, backed by 20 cultivation and 20 manufacturing facilities. They’re rebuilding and they still have a long way to go, and there’s room here for a company like Chemesis to grow alongside it.

The government and industry proponents anticipate that the cannabis program will bring in $100 million in new tax revenue by 2020, and generate 20,000 jobs. That’s good news for Puerto Rico.

But the cannabis industry in Puerto Rico hit another roadblock as it was was ready to get rolling, which turned into a surprise win for companies like Chemesis.

Ignorance and stigma surrounding cannabis joined forces and caused the government of Puerto Rico to place controls and limitations on how the plant was used, and who could partake.

For example, patients couldn’t legally smoke the flower unless they were terminal, or had received the nod from a state-designated committee. The flower, they said, was intended for recreational use and the risks associated with lung cancer were too high. But any other method of ingestion from transdermal patches to vaping were allowable.

That includes sublingual strips with their effective onset time.

That’s why CSI’s partnership with Rapid Dose Therapeutics makes sense, because they’ve got an in-demand product in a recovering market.