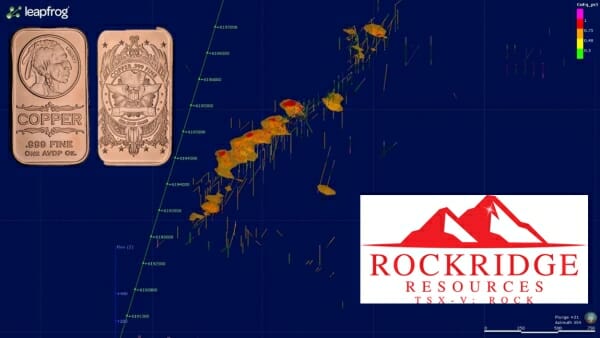 Rockridge has an agreement to acquire a 100% interest in the Saskatchewan Property covering most of the historical Knife Lake Cu-Zn-Ag-Co VMS deposit. The contiguous claims are close to the famed “Flin Flon Camp”.

“ROCK’s 85,000 hectares – a VMS setting – is vastly unexplored,” stated Equity Guru’s Greg Nolan on May 7, 2019, “Historic conductors, alteration and mineralization at regional targets require follow-up boots to the ground sampling, geophysics, and a few well-placed pokes with the drill bit.”

“Since the discovery of base metal mineralization in 1915, the Flin Flon camp has produced over 170 million tons of sulphide ore from 31 VMS deposits worth in excess of $25 billion dollars” – Greg Nolan 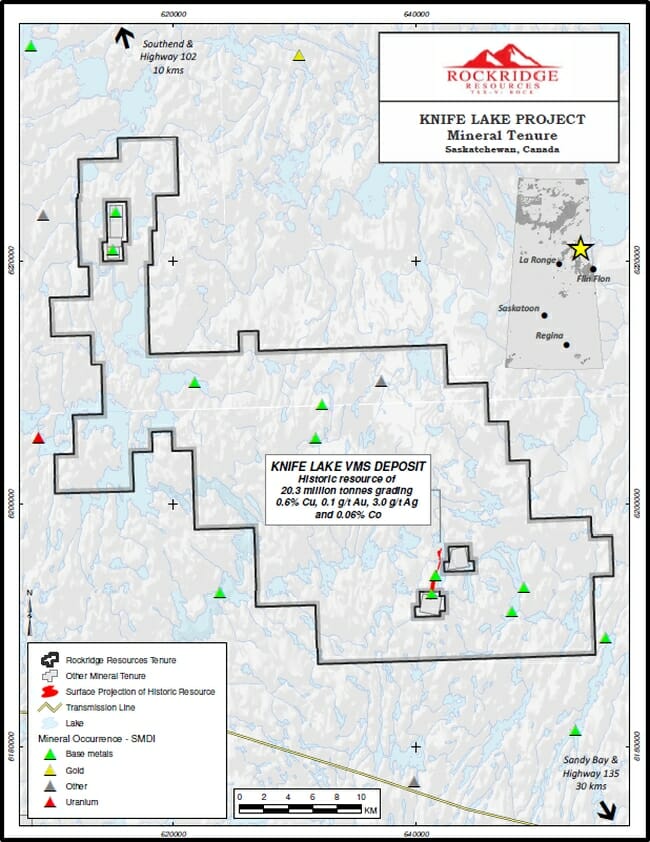 We’ll get into the latest drill results in a minute, but first it’s worth reviewing where the Knife Lake Project is – and why that is important.

All mining jurisdictions matter.  The goodwill of the local government and community is as critical to your investment as mineral grades.

Editor’s note: there are legitimate reasons to oppose a mining project. But if an “anti-mining” protestor’s child requires brain surgery – they will generally not – in a swell of environmental outrage – swat the titanium scalpel out of the surgeon’s hands.

The hypocrisy is immaterial.  Anti-mining sentiment can – and does – kill mining projects.

Newmont Mining (NEM.NYSE), for instance, spent 10 years developing the Conga copper and gold project in Peru.  Local opposition was so intense, Newmont eventually walked away from its $5 billion investment.

It’s part of our job to pay attention to regulatory and political dynamics. 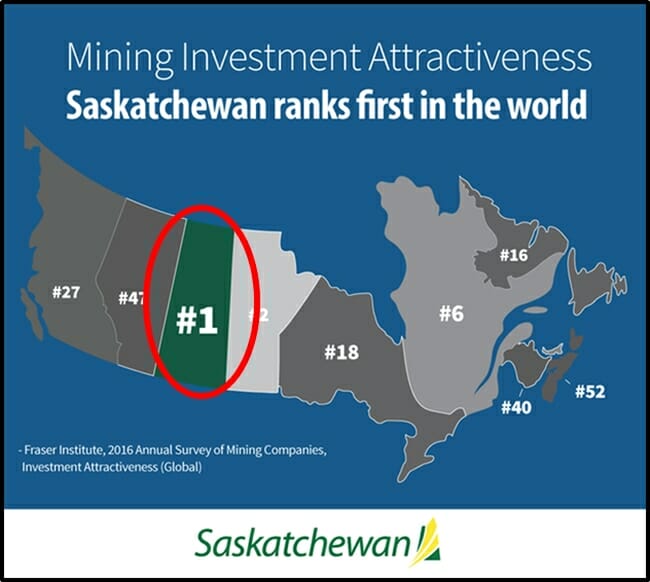 Since then, Saskatchewan has slipped to #2 – displaced by Finland – a country with the highest concentration of heavy metal bands per capita in the world (53.2 bands per every 100,000 inhabitants).  It’s true, Finnish cadmium projects write their own headlines.

Back in Saskatchewan, our little Rockridge (market cap $5.7 million) could be onto something big.

Copper demand is catalysed by urbanization. About 200,000 people move from the country to the city every day.

“Today, 55% of the world’s population lives in urban areas, a proportion that is expected to increase to 68% by 2050,” states the United Nations.

Copper is faced with a significant supply/demand gap over the next 15 years. Over 200 copper mines currently in operation will reach the end of their productive life before 2035.

Rockridge reported a wide intercept in hole KF19006 in an area that had not been previously tested.

Copper equivalent number is determined by converting all other present metals to equivalent copper on the basis of market prices for the other metals.

Interpretation has now been completed on all twelve holes from the program. Hole KF19006 is highlighted in the table below. 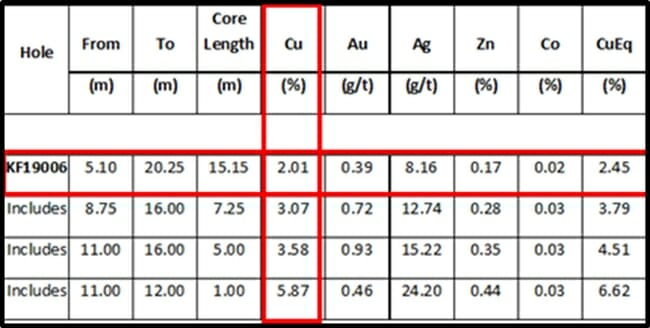 “The known deposit is thought to be a remobilized portion of a presumably larger primary VMS deposit,” stated Rockridge’s CEO, Grant Ewing, “and there is excellent potential for deposit expansion at depth which we plan to test in future programs.”

Rockridge’s President, Jordan Trimble states that, “The results from this first-pass drill program have exceeded our expectations with almost all drill holes having intersected high grade copper mineralization, and in doing so we have successfully confirmed the tenor of mineralization reported by previous operators as well as expanding known zones of mineralization.”

In the video below, Trimble does an excellent job of summarizing the objectives and the geological approach of Rockridge, while also reviewing copper supply/demand dynamics:

Rockridge is now working towards completing an NI 43-101 compliant resource estimate for Knife Lake with the results from this drill program.

Typically, the achievement of a 43-101 compliant resource is considered a significant de-risking event.

A summer exploration program at Rockridge’s’ Saskatchewan property is currently being designed – details and news forthcoming.

Full Disclosure:  Rockridge is an Equity Guru marketing client, and we own the stock.