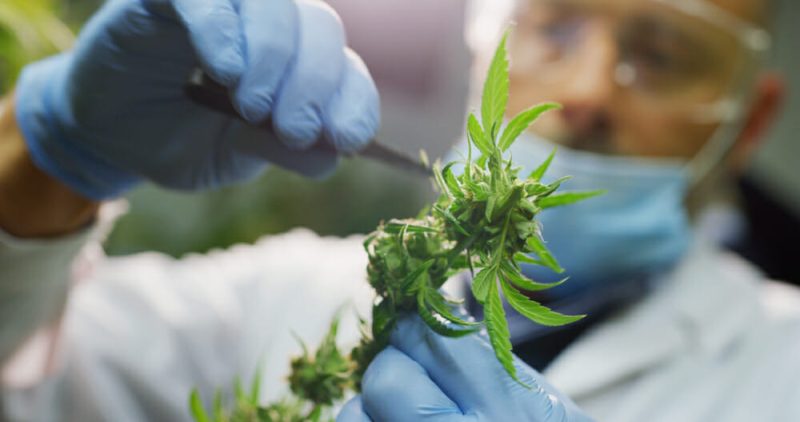 Westleaf (WL.V), Western Canada’s rising cannabis blue-chip, is on the cusp of launching a new Calgary-based marijuana facility that will serve as a gateway to the Canadian cannabis market.

To maximize the new plant, Westleaf has sought out the technical and scientific expertise of Xabis, a marijuana management company that helps cannabis producers become commercially viable.

In an official Tuesday press release, Westleaf announced that it has hired Xabis to provide a range of consulting and logistics services for its soon-to-be-launched marijuana facility in Calgary.

The agreement was executed between two subsidiaries: Westleaf Labs LP and a company controlled by the Colorado-based Xabis.

To say that the partnership is comprehensive would be an understatement.

Although cannabis legalization is fairly new, the people at Xabis have more than 75 years of combined experience in the industry, mostly on the side of scientific research and development.

Xabis currently operates in nine U.S. states and has developed more than 200 cannabis derivative stock keeping units (SKUs). Its experience in the cannabis derivatives market is probably what sealed the deal for Westleaf, which has targeted that specific segment for its next major expansion initiative.

Scott Hurd, Westleaf’s President and CEO, spoke at length about the company’s expansion into the cannabis derivatives market.

“We believe a diversified offering of derivative cannabis products will account for a major shift in consumer demand once legal,” Hurd said in a statement. “We are positioning to formulate unique, high quality cannabis derivative products and have partnered with an industry leader to complement our expertise in building and running these types of facilities. We are also excited to start offering contract manufacturing services to third parties.”

In terms of the actual deal, Xabis will have the opportunity to earn up to $1 million worth of Westleaf common shares payable in three tranches over a three-year period. The price of the common shares will be determined by some technical mumbo-jumbo you can read more about in the actual press release.

It didn’t take long for the new partnership to resonate with investors.

Shares of Westleaf surged by as much as 8.3% Tuesday morning, reaching a high of $0.52.

WL.V has taken a beating this year, falling from a high of $3.23 in March all the way back down to penny-stock status. But volatility is common for up-and-coming marijuana producers, as evidenced by the massive ups and downs of the Canadian, U.S. and North American Marijuana Indexes.

Processing cannabis into derivatives and consumer products represents one of the single biggest opportunities for marijuana companies.

Westleaf is already emerging as a leader in this market, having recently launched its Prairie Records Website in Saskatchewan. The marijuana marketplace has dozens of SKUs available for almost immediate delivery across the province.

Almost one-in-five adult Canadians used cannabis in the first quarter of 2019, according to the latest StatsCan data. Usage was higher in Western Canada, a region where Westleaf is more prevalent.

Once marijuana producers like Westleaf reach critical mass, they’ll be able to tap into a market that could be valued at nearly $6 billion quarterly. That’s how much Canadian households spent on cannabis in the fourth quarter alone.

It gets crazier than that.

Of that total, nearly 80% came from black market sales.

A lot of that has to do with the supply shortage for legal cannabis. Westleaf’s Calgary production facility, which should be completed this month, could help address the supply/demand mismatch affecting the market presently.