Saville Resources (SRE.V), which is cheap enough that I could probably take it over if I sold some baseball cards and maxed out my credit cards, dropped some drill results Monday that drove some serious trading volume, if not a massive price spike.

For many, that won’t be interesting, because they’re not producing edibles and vapes, but you’re far more likely to turn a profit on SRE over the long haul than a lot of weed deals floating about, if these numbers are anything to go by.

Saville explores for niobium and gold, and it appears to have found some of the former.

Gotta love it when you only need to quote the headline to get most of the story.

For those who don’t do mining, and I know it’s a lot of you, Saville stuck four drills into the ground in an effort to see how big the patch of rock they’re sitting on might be. They moved 60m aside from where previous property owners had drilled and one of those pulled out rock that, over 38.3 metres, consisted of 0.70% niobium.

That might not seem a lot but actually a little niobium goes a long way.

Now, one of the big confusions in the resource business is when explorers cherry pick the best metre or five of their kilometre of drilling, and focus on the returns on that blip.

When a baseball nerd says, ‘The YURT of Mark McGwire was 92.4 but Sammy Sosa’s FLURGL came in at 16, so you know they don’t compare,’ most people’s eyes cross, and for all but the most dedicated ore nerds, the percentage numbers coming out of a drill core don’t tell much of a picture.

At Equity.Guru, we like to focus on the average range of ore in a drill core rather than the highlights, because those are numbers that are easier to compare with others.

How does that stack up?

In 1988 Teck Explorations Ltd. completed stream silt sampling (89 samples) from four drainages, 17.85 line kilometres of magnetometer surveying, 15.35 line kilometres of spectrometer/scintillometer surveying and 749 metres of trenching, mapped and sampling. The best niobium values were from trench ATR-2 of 0.19 per cent Nb over a width of 55 metres. Carbonatite that was excavated in all trenches averaged 0.13 per cent Nb.

Niocorp (NB.T), which has since kicked on and is now a $133m big board player charging towards production:

Now, that’s just one hole, with four to come, so it’s not time to get the parking lot measured out for a Lambo just yet.

But the opportunity here, as I see it, is Saville has a market cap of $2.5 million, and that’s after 7 million shares were traded Monday, good for a 12.5% jump.

To put that into perspective, this 65 year Vancouver character home is worth more than all the shares in Saville today. 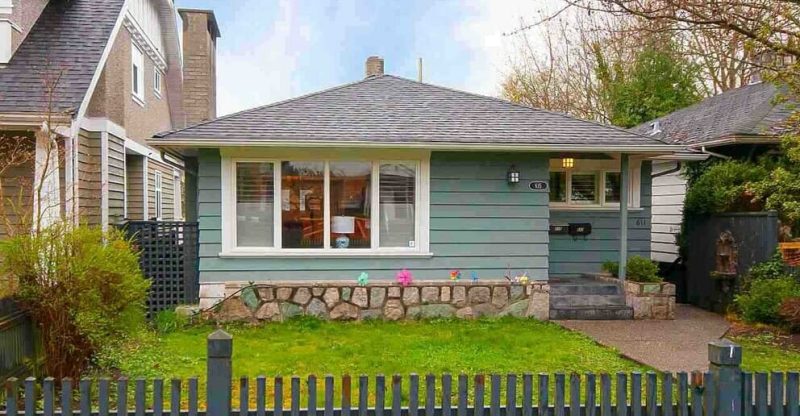 There are some asterisks attached to that.

First, as we saw today, on good news with a lot of buying, there was a fair amount of selling. That’s to be expected on a stock that’s been depressed for a while, some folks who’ve been in longer than they wanted will want to take an opportunity to get their money out, but we also saw it with Saville earlier in the year when a piece by Equity.Guru brought enough attention to see the stock running a few cents north of where it is now, only for the same selling to happen.

That will only matter, however, if you’re playing the stock with a short term exit in mind.

If you’re a long term player, good news over a longer period should hopefully see the thing shake out weak hands and unwilling passengers.

The second thing to consider is, there’s no shortage of niobium. We’re not about to run out of the stuff any time soon.

My response to that is, niobium isn’t a sector where opportunity is tied to commodity price rises.

The price of niobium went from $6k per ton in 1999 to $42k per ton in 2018, but has been largely stable over the last eight years due to one company dominating the market, and two others playing around the edges.

Saville won’t run on niobium prices hitting $46k per metric ton. But it will run if they can get it out of the ground inexpensively enough, and in quantities large enough, that the current price is wildly profitable – or if someone comes along looking to keep competitors from acquiring a foothold.

The Globe and Mail:

What makes the business so attractive is that there are only a few operating mines. Anglo and Niobec account for about 9 per cent of production, and Brazil’s CBMM supplies the rest, according to Argonaut Securities Pty. Both the United States and Europe list niobium as a strategically important mineral.

“Niobium is a … unique business,” said Kalidas Madhavpeddi, who heads the CMOC International unit of Luoyang, China-based China Molybdenum. “We typically want to buy from people who regret selling it. We’ve been very carefully assembling a war chest in anticipation of a downturn in the industry.”

CBMM, controlled by the billionaire Moreira Salles family, has mostly dominated supply since starting operations five decades ago. It sold a 30-per-cent stake to a group of Asian steelmakers in two transactions valued at $3.9-billion in 2011.

In another deal, Magris Resources Inc., founded by Aaron Regent, a former Barrick Gold CEO, agreed to pay $530-million for the Niobec mine in Quebec’s Saguenay region in 2014.

Niobium is one of those minerals that even folks in mining circles hear about and shrug. While they know gold rises in value during times of instability, and uranium runs when nuclear power plants aren’t melting down on HBO, niobium is just a nice little earner in a controlled price environment that the powers that be have every intent to keep restricted to themselves.

If Saville can drop another few nice holes, they’re suddenly a lot more important than that market cap would suggest.

And it’s not just me saying it. Over at CEO.CA/SRE they’d rather you didn’t know so they can accrue more.. 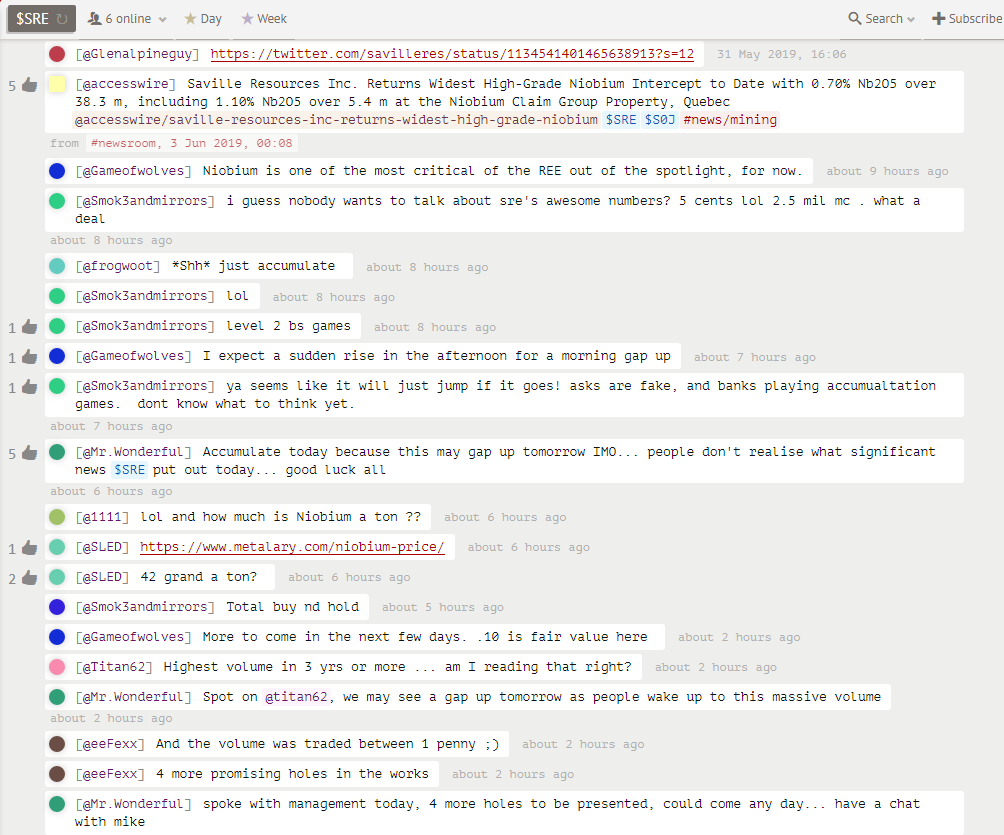