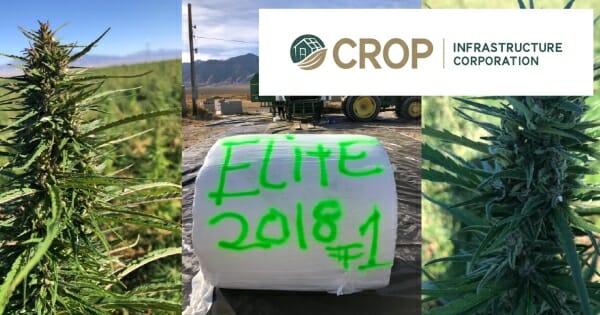 On May 30, 2019 Crop Infrastructure (CROP.C) announced that Elite Ventures (in which CROP holds a 49% interest) has partnered with its licensee The Hempire Company to enter into a supply agreement with Bioscience Enterprises – a California-based CBD isolate distribution company.

To review, Crop’s biz model is to loan capital to purchase real estate, which is then leased to the producer/processor. Crop receives fees until the deployed capital is returned – at which point Crop takes a 30-49% interest in the operation and will receive dividends until the CEO’s grandchildren have their own grandchildren.

Elite & Hempire will provide “certain amounts of CBD isolate”, on a monthly basis, to Bioscience on an agreed upon per kilogram price in consideration for:

The Supply Agreement has an initial five-month term, ending in March 2020.

In the event Elite & Hempire fail to deliver the first shipment, Bioscience can claim the 3rd deposit or have the proceeds of 3rd deposit converted into shares of CROP at a 20% discount the market with a floor of .30 per share.

The above clause indicates that Crop has a high level of certainty it can deliver CBD isolate within the time-lines and constraints of the contract.

Here’s our reasoning:  Come November – Crop does not want to put a press release saying, “That supply agreement with Bioscience?  Didn’t work out.  We lost the $1 million deposit and had to give them a bunch of cheap shares. Our bad.”

The notion of doing-what-you-say-you’ll-do may seem elementary – but in the cannabis markets – we see these kinds of U-turns frequently.

However, Crop never seems to stumble.

No U-Turns, no write-downs, no recalled products, no delayed filings, no construction delays, no scandals. Does that make them an endangered species?  Possibly.

If the Canadian Securities Exchange gave out awards for grace-under-pressure – CROP would win the prize.

Check out a few of our articles, try to find one-time Crop said, “We gunna do this” – followed by “oops”.

Since it kicked off in 2018, Bioscience has signed deals across the U.S. and Canada for the supply of “European Union and domestic grade isolate, oil and aerosol CDB in white label or specialized labeled products”.

Prior to each Shipment, Bioscience will deposit 10% of the value of the CBD isolate of (USD $1,900,000) into an escrow account.

The proceeds of the sale will be distributed pro rata to each member (about USD $43.8 million for CROP’s 49% membership interest in Elite).

Bioscience has the sole right to extend the deal until May, 2020, on the same terms (an additional USD $38 million in value). If the term is extended, the total deal is worth about USD $131 million.

“Having the best products on the market makes Bioscience stand out as a reputable supplier,” stated Richard Parker, President of Bioscience, “without producers like CROP that would not be possible.”

Pivot irrigation typically consists of galvanized steel pipe with sprinklers positioned along their length and mounted on wheeled towers.  The flat Nevada landscape is ideal for this type of irrigation. 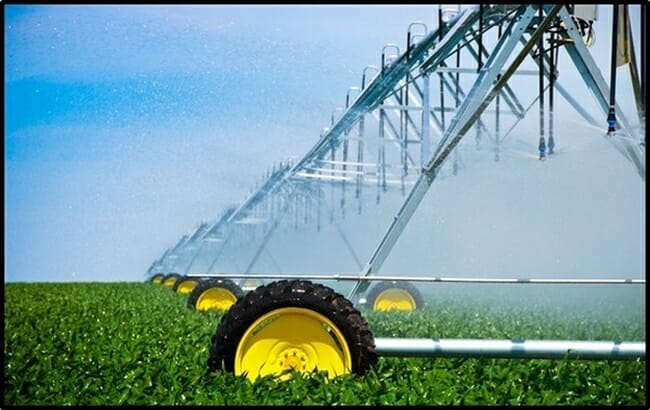 Crop’s 2019 Nevada cultivation targets is to produce 10-20% CBD genetic hemp-CBD which will be extracted and isolated to produce a minimum 99.5% pure CBD isolate.

“While the monetary value of the Supply Agreement is significant for CROP and its stakeholders,” stated Michael Yorke, CEO of CROP, “the relationship we are building with the team at Bioscience is key to our continual efforts to become a key player in the CBD production space.”

Full Disclosure: CROP is an Equity Guru marketing client and we own the stock.