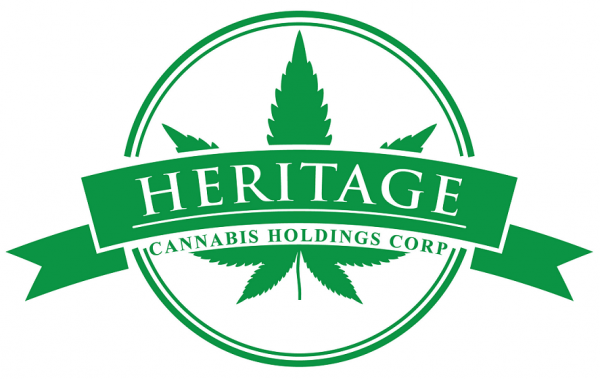 Heritage Cannabis (CANN.C) is back in the headlines Wednesday after announcing plans to acquire a minority stake in EndoCanna, one of California’s leading DNA-testing marijuana companies.

The news comes about a week after Equity Guru identified extracts and their derivatives as one of the final frontiers of the cannabis boom – in an article covering Heritage. No, we had no insider information on the deal.

In an official Wednesday press release, Heritage announced it had completed a Letter of Intent to purchase a 30% share of EndoCanna Health Inc. The actual dollar amount of the deal is $3 million U.S., which gives EndoCanna a total value of $10 million.

The purchase will be made through a combination of cash and shares.

The deal also stipulates that Heritage will represent EndoCanna’s technology in Canada through a joint venture.

Why did Heritage target EndoCanna?

Heritage is known as one of Canada’s fastest-growing vertically integrated cannabis companies, having only recently completed the purchase of a 122,000 square-foot CannaCure facility in Fort Erie, Ontario

While much attention has been paid to the company’s expanding grow ops, its extraction and medicinal businesses have flown under the radar.

Heritage’s extraction work is mainly carried out by Purefarma Solutions, a wholly-owned subsidiary that manufactures premium CBD oils. Its medical marijuana business is largely concentrated in its CannaCure, Voyage and BriteLife Sciences subsidiaries.

Enter EndoCanna, a company that helps people determine whether cannabis will work for them as personal medicine. EndoCanna has already developed the EndoDNA test, a home-based saliva collection kit that allows individuals to determine their cannabinoid compatibility.

How well you metabolize THC and its potential impact on cognition, sleep and pain are all included in the Endocannabinoid DNA Variant Report.

EndoCanna touches an industry vertical that Heritage has been targeting for years, and brings credible results to the table. The DNA reports may have direct implications on the production of cannabis extracts that are used to treat people medicinally.

“We are excited to be combining our plans for our own Extraction and Medical Sciences divisions with the technology and expertise that Endocanna brings.” Dr. Chris Spooner, Chief Science Officer of Heritage, said in a press release.

“By utilizing the science-based EndoDNA process, we will be better able to assist patients with selecting and dosing by developing formulations that address the unique pharmacogenomics of individuals,” added Spooner, “This will provide an individualized, customizable approach that will help patients understand the link between cannabinoids and their health and assist them in product selection and dosing.”

Heritage prioritized the extraction business in its most recent corporate presentation, targeting Q3 2019 for expanding extraction supply agreements. This puts the company ahead of the curve on a market that is expected to grow significantly in the coming years.

Heritage has even bigger plans for its EndoCanna partnership.

“The worldwide expansion potential for the EndoDNA technology will open doors for Heritage to replicate its extraction services and product offerings for medical patients in multiple markets,” stated CEO Clint Sharples.

Earlier this year, Heritage received processing and medical licenses for its PhyeinMed subsidiary, allowing it to receive over 50,000 kg of hemp feed stock. The license means the Heritage subsidiary can provide medical education services and sell directly to patients who have already been prescribed medical cannabis by their doctor.

There a shit-storm of hype around recreational pot (and rightfully so).  But the market for cannabis-based medical treatment will allow Canadian companies like Heritage to expand into global markets where prohibition is still in effect.

The beautiful thing about bitcoin and cryptocurrency is that their progress mirrors the natural world in many different ways. The...