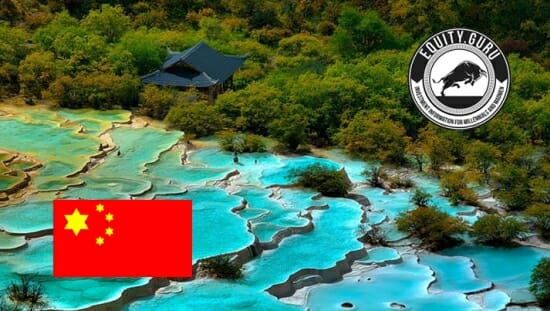 From Monday to Thursday this week, stock markets in China got hammered as the pending trade deal between the U.S. and China fell apart.

On Friday the Shanghai Composite gained 3.1% and the smaller cap Shenzhen Composite rose 3.8% – erasing most of the week’s losses.

There are rumours the Chinese government ordered market-makers to buy equities on Friday to stabilize stock exchanges.

Tariff increases (10% up to 25%) on $200 billion worth of Chinese imports was filed by the Office of the US Trade on Wednesday.

“The reason for the China pullback & attempted renegotiation of the Trade Deal is the sincere HOPE that they will be able to “negotiate” with Joe Biden or one of the very weak Democrats,” tweeted Cadet Bone Spurs, “and thereby continue to rip-off the United States ($500 Billion a year) for years to come.”

The Chinese financial media had good fun quoting a myriad of U.S. business organisations who do not feel that they are being “ripped-off” by China.

“With depressed prices and unsold stocks forecast to double before the 2019 harvest begins in September, farmers urgently need the China market,” stated a government sanctioned newspaper, The China Daily.

On Chinese social media, Trump is often compared to Thanos, the antagonist from the apocalypse-themed “Avengers: Endgame”. 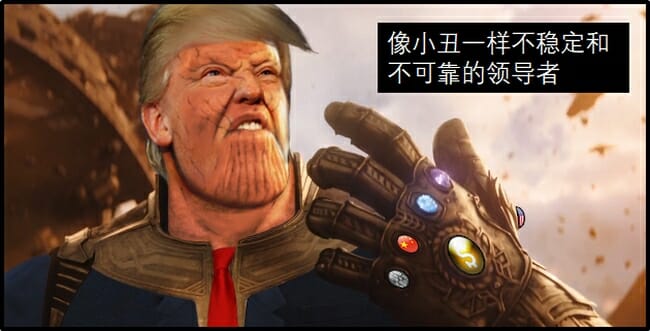 When Chinese people (usually men) to want to maim or kill, they typically use knives.  About 55% of homicides in China involve cutting or stabbing, compared to 8% in the U.S.

On March 9, 2019 Cui Yiwen, 20, and her BFF, Liang Yuying, 19, were walking across Guilin University campus in Guangxi, when Liang’s ex-boyfriend ambushed them and began to stab Liang.

Cui lurched in front of the assailant, using her body as a shield, resulting in Cui being stabbed eight times, including the chest, waist, abdomen, gallbladder and liver.

“I thought that if I didn’t get stabbed in the heart, I wouldn’t die,” stated the steely-nerved Cui from her hospital bed, “I totally forgot about covering my liver!”

Both young women survived. The ex-boyfriend was arrested.

It turns our, Cui’s father, Cui Hongwei, is also a hero.  A soldier, he was badly hurt in 2001 when he protected his comrades by stepping in front of a lashing steel cable.

Cui Hongwei suffered a rupture of a tendon in his left leg, a fracture of his right calf, and many other wounds. Doctors carried out three major and more than 30 small surgeries to save his two legs, fearing that he may never stand again.

After resting in bed for three years and under the care of his wife, Hu Meiyun, Cui’s father finally stood and walked three years later.

“My father is an upright serviceman,” confirmed Cui, “I just try to live up to his expectations.”

The heroic Chinese family is pictured below. 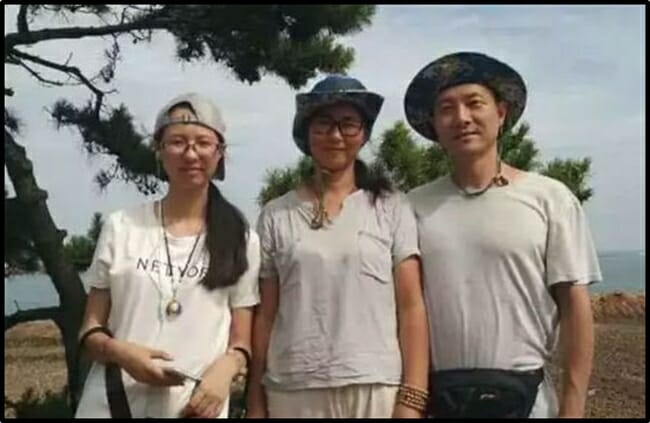 China has 32 million surplus males. The oft-stated reason for this gender imbalance is China’s “one child policy” – which is like blaming ice-cream for obesity.

The surplus of men is caused by three decades of Chinese families choosing to abort female foetuses.  In other words – sexism.

A Chinese e-book, “How To Quickly Attract A Woman And Make Her Fall In Love With You Even If You’re Not Tall, Handsome Or Rich,” gained traction.

“I realized that I am not a loser just because I can’t handle everything for a woman,” stated one young Chinese reader after purchasing the book.

This week the “seduction-school” phenomena took a sinister turn when local police in eastern China detained a Chinese pickup guru whose website offered dating advice, including “Keeping Her as a Pet” and “How to Emotionally Manipulate Women into Killing Themselves.”

A screenshot of a WeChat conversation posted on the website showed a man bragging that he “wanted women to kill themselves to prove they loved him, as he really liked the feeling of thin women killing themselves because of him”.

The 24-year-old website owner, surnamed Xu, was fined 5,000 yuan (US $730) for “spreading obscenity” while claiming to teach seduction skills to “socially inept men”.

“Why is the punishment so light?” asked one Chinese netizen, “This ideology has seriously harmed women’s personal safety, kind of like a slow rape.”