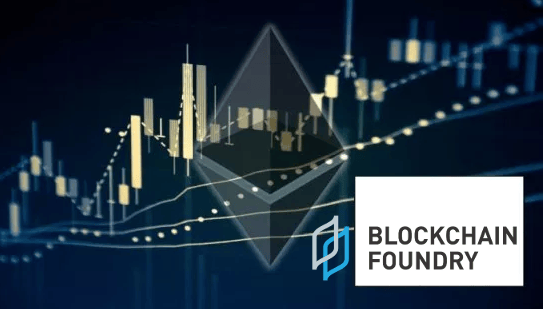 Can Blockchain Foundry (BCFN.C) solve one of Ethereum’s most glaring issues?

Blockchain Foundry (BCFN.C), the enterprise blockchain company behind Syscoin (SYS), has filed a patent application in the United States for its new scalability technology designed to boost throughout rates for existing Ethereum developers.

Leaving aside the technical jargon (we will get to that in a minute), Blockchain Foundry wants to solve one of the biggest issues facing distributed ledgers: effectively scaling the network as demand grows.

We promised you technical jargon, so here it is: Blockchain Foundry has filed a patent application with the U.S. Patent and Trademark Office (USPTO) for its Zero Confirmation Directed Acyclic Graph (Z-DAG) technology.

Basically, Z-DAG will enable faster smart contract execution on the Ethereum blockchain, and will do so using the Syscoin Interoperability Bridge, which ensures zero counterparty risk.

Although Z-DAG is designed exclusively for the Syscoin Protocol, it will enable existing Ethereum developers to implement more scalable versions of projects currently running on the network. This is a pretty big deal given that Ethereum is the world’s second-largest blockchain behind Bitcoin. It was also the platform of choice for thousands of initial coin offerings (ICOs).

The ICO market has gone bust over the past eight months as regulatory uncertainty and a bone-chilling crypto bear market dulled investors’ appetite. But the market is likely getting a revamp very soon in the form of security token offerings (STOs).

“Combining the security of Bitcoin, the functionality of Ethereum, and the speed and scalability of our Z-DAG technology, enterprise-ready blockchain applications are now a reality via the Syscoin Protocol.”

The new Z-DAG infrastructure will be implemented in the next iteration of the Syscoin Protocol, currently scheduled for end of June. 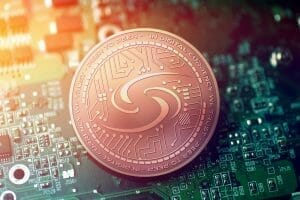 Crypto enthusiasts are very familiar with Syscoin. The protocol has a simple but highly ambitious goal: help companies build their business on the blockchain quickly, securely and with ease.

Syscoin ranks among the top 130 blockchain projects in the world with a total market capitalization of roughly $34 million. The public blockchain operates its own cryptocurrency, SYS, which trades on leading exchanges like Binance, Bittrex, Upbit and others.

Back in April, SYS’ daily trade volumes peaked above $1 million for the first time since last summer. The coin has appreciated by more than 32% since the start of the year. 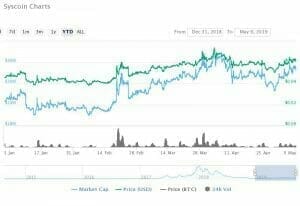 The value of Syscoin (SYS) appreciates more than 32% year-to-date. | Chart via CoinMarketCap.

Given that Syscoin already ranks very highly among investors and market enthusiasts, the integration of cutting-edge scalability technology could become a boon for the cryptocurrency itself. It will, at the very least, provide a tailwind for SYS at a time when investor interest in cryptocurrency is returning.

But regardless of how SYS performs in the short term, Blockchain Foundry is creating the infrastructure needed to make smart contracts and decentralized applications more effective in the future. In crypto, the scalability question is a big one, and it isn’t going away anytime soon. Z-DAG and patents like it offer a lot to be excited about.

In support of its enterprise blockchain initiative, Blockchain Foundry has made the Syscoin Protocol easy to implement regardless of business or target market.

According to the official website, what developers can create with the Syscoin platform is limited only by their imagination.

Some of the most popular use cases include decentralized marketplaces fully equipped with digital storefronts and consumer analytics, native cryptocurrency tokens and zero-confirmation fund transfer services.

The company that cracks the code for enterprise blockchain services could see tremendous growth in a short period of time.

According to research from Tractica, the market for enterprise blockchain will surpass $20 billion by 2025. It was worth less than $5 billion in 2018.