On May 08, 2019 Chemesis International (CSI.C) announced a significant expansion to its Puerto Rico cultivation and manufacturing operations.

The Commonwealth of Puerto Rico is an unincorporated territory of the United States located in the northeast Caribbean Sea, about 1,600 km southeast of Miami, Florida.

Although Puerto Rico does not have a vote in the U.S. Congress, Puerto Ricans have been citizens of the U.S since 1917.

On September 20, 2017, Hurricane Maria devastated Puerto Rico, killing 3,000 people and wiping out most of the island’s medical marijuana crops.

The island is slowly getting its mojo back.

According to Puerto Rico’s medicinal marijuana page,  72,000 patients have signed up for the Department of Health medical program. Health authorities intend to register 100,000 new patients by January 2020.  Puerto Rico has issued 77 dispensary licenses of which 41 have already opened.

“Since the legalization of medical marijuana two years ago in Puerto Rico, the storied plant is quietly transforming the financial landscape here,” stated NBC News, “Millions of dollars in investments are financing marijuana farms and dispensaries that sell everything from pot-laced ylang-ylang scented massage oils to tropical-flavored edibles.”

“According to the government, companies, doctors, patients and workers who have paid fees for cards, permits and licenses to consume, sell, cultivate, transport, prescribe and manufacture have added $11.5 million to the island’s cash-strapped economy,” stated NBC, “which is still recovering from Hurricanes Irma and Maria in 2017 and a crushing $72 billion public debt.”

Chemesis confirmed that it has observed a “significant demand increase in the island’s cannabis industry.”

With the announced expansion, production will increase to 9,000 lbs per year while continue to expand towards a complete build-out of an annualized capacity of 30,000 lbs. 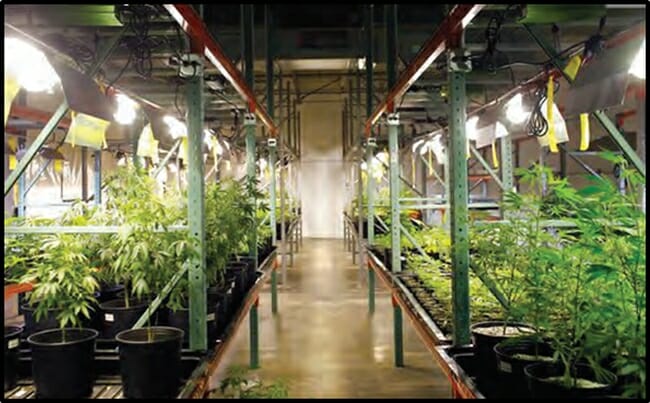 The cultivation build-out involves a partnership with VividGro, technology co. for consumer and commercial applications.

The “Internet of Things” (loT) refers to the exploding network of physical objects that have an IP address for internet connectivity, and the communication that occurs between these objects.

Granted, it may not be intuitively obvious why a juicer needs to converse with a rectal thermometer – but trust us – IoT is a thing.

“Our technology will help light the way for Chemesis to lower production costs compared to traditional cannabis cultivation,” stated David Friedman CEO of VividGro. “Adding capacity, lowering costs, and being more energy efficient is a win-win for everyone.”

If you have been lulled into the thinking that Chemesis is a Puerto Rico pure-play, check out a some of our other articles:

“Natural Ventures (a 100% owned subsidiary of Chemesis) continues to differentiate itself with high-quality products, and practices in Puerto Rico,” stated the CEO of Chemesis, Edgar Montero. “Our partnership with VividGro will increase yields and grow quality.”

Full Disclosure:  Chemesis is an Equity Guru marketing client, and we own the stock.