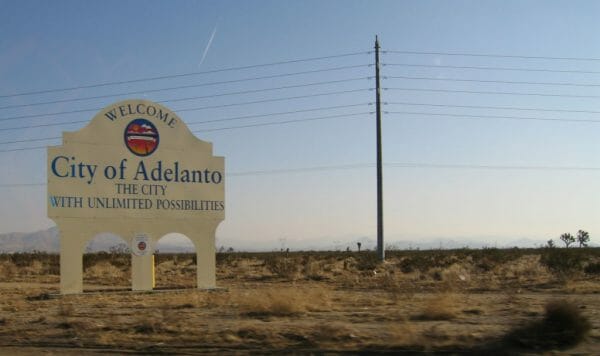 Transcanna Holdings (TCAN.C) has applied for a permanent manufacturing, distribution and transportation license with the city of Adelanto, California.

The company’s non-profit entity, TCM Distribution, has had a temporary transportation and distribution permit from the City of Adelanto since Nov. 23, 2018.

Transcanna proper also completed the sub-lease of a multi-purpose facility within city-limits earlier this month, cementing its footprint in the area.

Adelanto, a hard-scrabble town known for its prison-centered economy, will most likely want the license granted as soon as possible to put residents to work.

Our immediate focus is to be able to have our city and state licenses in place in Adelanto as soon as possible.

Distribution is key, especially in California, the biggest cannabis market in the U.S. both in terms of geography and raw population.

And once Transcanna completes its previously announced acquisition of GoodFellas, a cannabis marketing firm, the company says it will be able to prepare and package products at its Adelanto facility and then deliver the products to partner dispensaries statewide without the need to use a third party.

According to Pakulis, GoodFellas will grant Transcanna “immediate access to many of the most successful dispensaries in California, and retailers throughout the US” and 23 branding agreements currently in the works.

The Daily brand has seen steadily rising sales numbers since its debut in August 2018. Roughly 2,100 units were shipped in the first month post-release and over 10,000 were shipped by December.

Transcanna says it expects to close the acquisition of GoodFellas by May 20, 2019.

Our goal is to provide not only the Daily Cannabis Brand with the necessary resources to continue and grow, but to use the Adelanto facility as the first TransCanna satellite distribution network facility throughout the state in an effort to provide reliability, consistency and quality to the dispensaries, and just as importantly scale TransCanna’s ecosystem as expeditiously as possible.

Transcanna says it will continue expanding its line of Daily Cannabis Goods offerings and will provide an update on the licensing process on its 196,000 square foot Modesto, California facility later this week.

The company is down 2.6% to $7.40 on today’s news, but the company has had a meteoric rise since its IPO in January.

Equity.Guru chief, Chris Parry, had this to say about the company back in February:

Yes, the company we opened this story about has a real interesting little operation coming along, with a price tag that still shows room to grow. What’s interesting to us about the most recent run is it shows the company has graduated from the ‘forget-me-now’s to the big club, and now moves with catalysts, whereas it used to hover.

The company hasn’t generated any revenue to-date, but that’s because it’s still nailing down the distribution and transportation pieces of the puzzle. The good news, as noted above, is that real progress is being made on those fronts.

I love it when a plan comes together.