In a recent study conducted by Hill & Knowlton, over 50% of recreational consumers stated it was important that their cannabis was organic. When the same question was posed to medical patients, that number increased to 63%.

It’s not breaking news that organic cannabis is harder to grow and more profitable to sell than regular weed – but the psychology behind the rapid adoption of organic consumables is not often discussed.

It turns out, buying organic products sooths people who worry about the future

Conversely, play-hard-die-young yahoos are unlikely to buck-up for a clean product that provides nebulous immediate benefits to their bodies or the planet.

Consideration of Future Consequences (CFC) is a measure of the extent to which people calculate the future consequences of their current behaviour.

Bagel-eating researchers with PHDs have determined that the higher a person’s CFC, the more likely they are to buy organic food.

High-CFC individuals also tend to be young, educated, and thinner than low-CFC people. To be fair, the last criterion is also a socio-economic indicator (poor people are fatter than rich people).

In exchange for helping Valens get their processing certification, TGOD will get exclusive access to all of Valens’ extraction services for the first year of the 2-year deal. The agreement includes the extraction and purification of TGOD’s cannabis and hemp biomass, and the conversion of the proceeds into resins and distillates.

“TGOD has been committed to organic since day one,” stated Brian Athaide, Director and CEO of TGOD, “Working with service providers who embrace organic as much as we do is paramount.  We look forward to delivering certified organic oils of the highest standards to our patients and customers.” 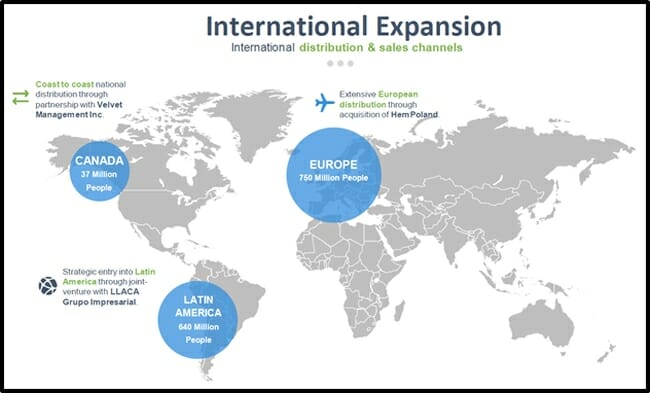 On April 22, 2019 TGOD announced it has received its oil sales licence from Health Canada for its Hamilton, Ontario facility – after installing a state-of-the-art “supercritical CO2 extraction system”.

On April 26, 2019 TGOD announce that its 100% owned subsidiary, HemPoland, has received organic certification from EKOGWARANCJA PTRE – the Polish version of Eco-Cert.

“We are incredibly excited that HemPoland’s facilities, production and processes have received organic certification within Europe,” stated Athaide, “This is a major point of differentiation.” 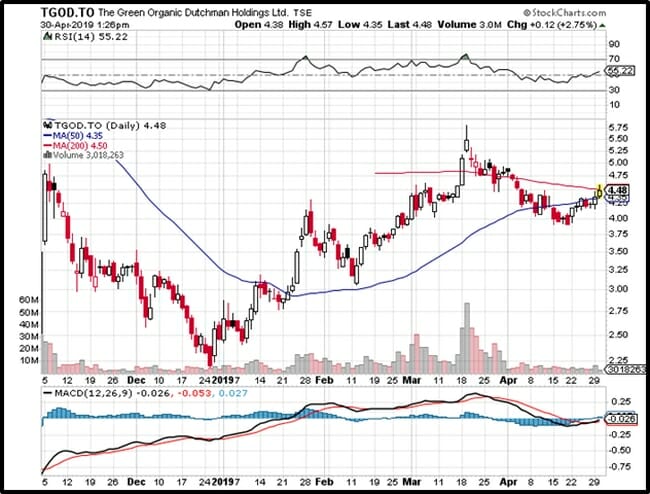 The big-money boys have invested heavily in TGOD:

Fully funded for its domestic and international strategies; TGOD has no plans to return to the market for additional capital.

For TGOD investors – like buying organic cannabis – that is soothing.

Full Disclosure: TGOD is an Equity Guru marketing client and we own the stock.