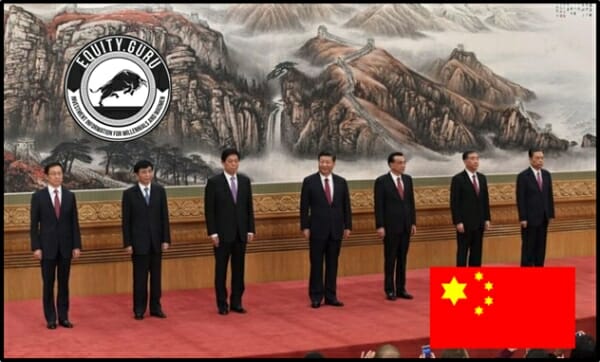 This week, Chinese stocks plummeted 5.7% after the Chinese government hinted that it would stop stimulating the economy.

Since January 2019, Chinese stocks have gained $2.3 trillion in value.

The yuan (Chinese dollar) has slumped to a two-month low against the U.S. dollar.

To the appease foreign nations, President Xi Jinping has pledged to prevent the yuan from depreciating excessively.

When the yuan is weak, it makes foreign goods expensive for normal Chinese consumers, creating an obstacle for foreign companies to penetrate the Chinese market.

The Bloomberg Dollar Spot Index (BBDXY) tracks the performance of a basket of 10 leading global currencies versus the U.S. dollar.

Historically, a strong Dollar Spot Index is bad for the Chinese stock markets, because it catalyses an outflow of Chinese cash into foreign stock markets. 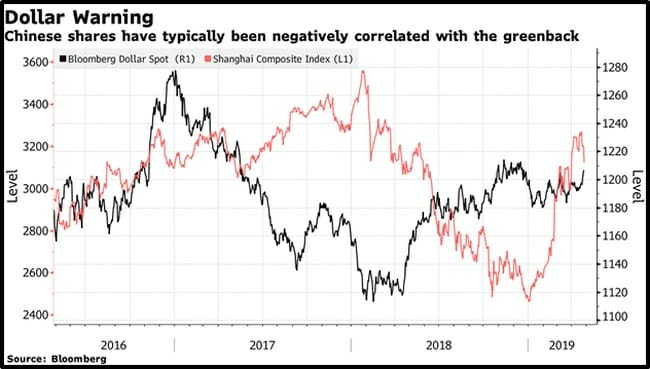 This week, a former Peking University student, Wu Xieyu, 24, from Fujian province was arrested at the Chongqing Airport for the 2015 murder of his mother, a middle-school teacher in Fuzhou.

Motive for the crime is murky, although there is a rumor Wu fell in love with a prostitute and needed funds to woo her into marriage.

Wu’s case is big news in China.  The mother’s corpse was discovered wrapped in plastic sheeting and impregnated with chemicals to remove the smell.

Bank records show that, before the murder of his mother, Wu purchased knives, a plastic sheet, a dehumidifier and odor-suppressing chemicals.

“The mother’s education of her child was very successful, given that he entered the most prestigious college,” posted one Chinese netizen, “Psychological health matters more than anything else. What made a child hate his mother so deeply?”

“High IQ criminal, matricide,” wrote another, “The line between a genius and a psychopath is thin. This is terrible.”

The number of unsolved murders in China not known, but 99% of accused criminals are convicted. 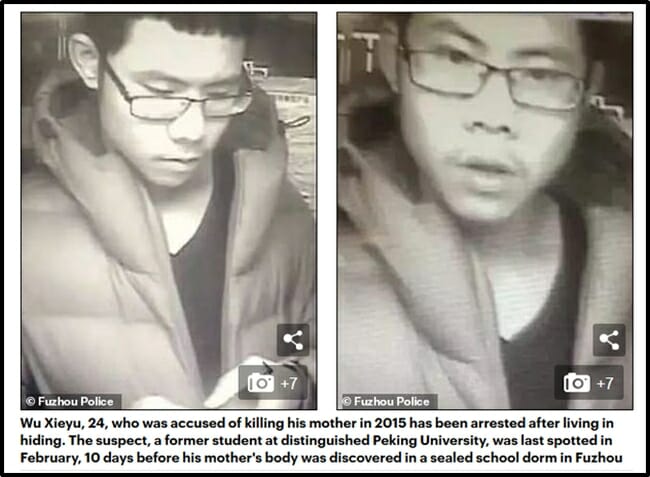 The average Chinese adult eats about 45 kilograms of fish per year – the 3rd highest per capita consumption of fish in the world, according to The Organisation for Economic Co-operation and Development (OECD).

They like it fresh – and when possible – they prefer to catch it themselves.

Anyone who has visited downtown Beijing’s polluted Houhai Lake will have noticed an ad hoc army of anglers dangling hooks into the foul garbage-clogged waters.

The China Angling Association states that there is a system of permits for recreational fishing, but it’s loosely enforced.  In rural areas, local governments decide where fishing is allowed, and prohibited.

In Anhui Province, the fishery department has requested that local anglers become “protectors of lakes” – reporting illegal fishing to the authorities.

According to a recent study of the Chinese psyche, “Emotions of guilt and shame play a significant role in Chinese society.”

A man fishing illegally this week in a river in East China (Huaibei, Anhui Province) knew he was doing the wrong thing.

The punishment for illegal fishing is usually a small fine.

When a meteorological object used to trigger rainfall fell from the sky – the bewildered fisherman assumed that he was being attacked by the local government.

The man ran to the local police with tears streaming down his cheeks.

“Do I have to be bombed because of fishing unlawfully?” he asked the local police Chief.

When this news hit Chinese social media, the man was mocked mercilessly for his guilty conscience and naivety surrounding local fishing laws.

“Allow me to laugh for a while,” posted one netizen, “He had such bad luck, being punished so severely for such a light crime.” 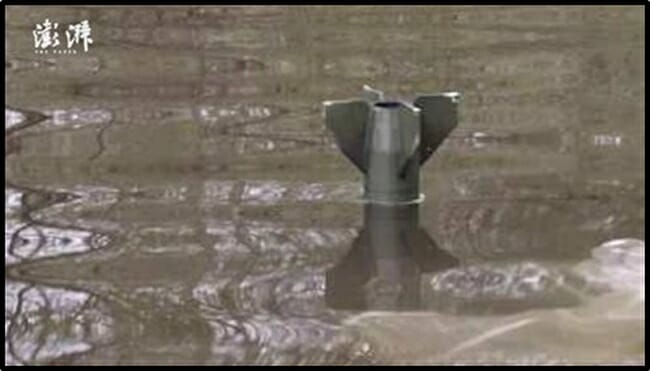