On April 24, 2019 Chemesis International (CSI.C) completed a definitive agreement to acquire 100% of a fully-operational extraction and manufacturing facility in Cathedral City, California (pop. 54,261).

The acquisition (previously announced) will expand CSI’s processing ability to over 500,000 kg of cannabis annually.

Over the past few months, Chemesis has been relocating extraction machinery from San Diego County, CA, to the extraction facility in Cathedral City, which is located in Riverside County – between Palm Springs and Rancho Mirage.

Because it’s a business-friendly city centrally located to the world’s biggest cannabis market. 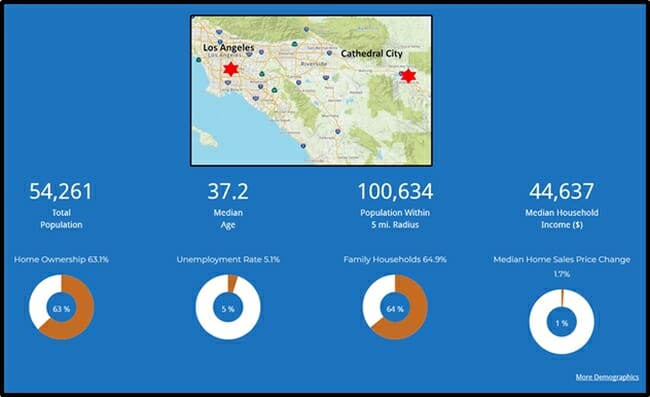 The Facility utilizes a volatile BHO (Butane Hash Oil) extraction method that allows for rapid and efficient extraction of cannabinoids from trim. As a result, CSI will be able to provide extraction services for THC & CBD products through both ethanol and BHO extraction processes.

The “Buy-Out Transaction” will result in CSI taking control of the remaining 20% minority interest.

This facility holds a Type 7: Volatile Solvent Extraction & Manufacturing License and is “fully operational, compliant with all regulations, and revenue-generating”.

The end game here is to provide 3rd party manufacturing for brands that are in need of high-quality extraction and multiple product types. 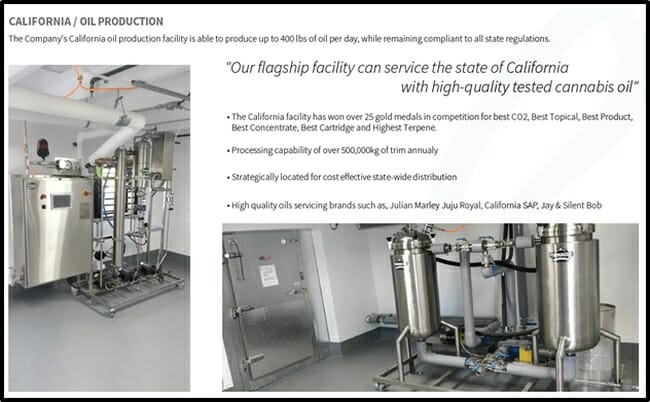 Chemesis owns 19.9% of GSRX.  Daily sales for the first three weeks of Q2 were about 27% higher than Q1 average daily sales.

“With its stake in GSRX, Chemesis has greatly expanded its retail footprint in strategic locations,” stated Edgar Montero, CEO of Chemesis. 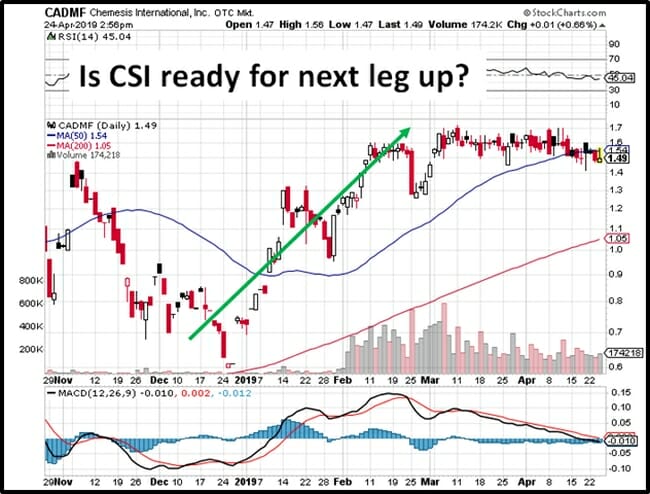 “The state of California is moving to a regulated market that requires high-quality facilities and extraction processes,” stated Montero, “We believe CSI has positioned itself to gain significant traction in a compliant marketplace.”

Montero is seeing increasing demand for compliant services that are able to “reduce cost, and delivery times by engaging a single operator.”

Earlier we stated that Cathedral City is “business-friendly”.

Cathedral City’s business page has a dedicated cannabis link, naming its Cannabis Task Force which include, the City Manager, the City Police Department Commander, the City Fire Department Chief, the City Cannabis Licensing Manager and the Director of Planning.

Full Disclosure: Chemesis is an Equity Guru marketing client, and we own the stock. 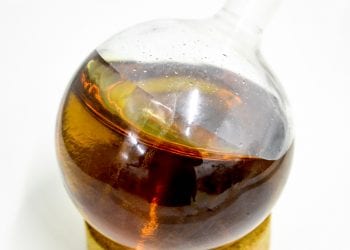