On April 22, 2019 The Green Organic Dutchman (TGOD.T) announced it has received its oil sales licence from Health Canada for its Hamilton, Ontario facility.

TGOD is a premium global organic cannabis company, focused on medical cannabis markets in Canada, Europe, the Caribbean and Latin America, as well as the Canadian adult-use market.

If TGOD sold whiskey – it would be 21-year-old Glenfiddich.

If TGOD sold hands bags – it would be GG Marmont Gucci.

If TGOD sold cars – it would be Continental GT Bentley.

TGOD has a planned production capacity of 219,000 kgs, while building 1,643,600 sq. ft. of cultivation and processing facilities across Ontario, Quebec, Jamaica and Denmark.

“Growing organic requires patience,” stated Csaba Reider, President of TGOD, “We know that our cannabis was worth the wait.”

While other LPs have been harvesting and selling cannabis, TGOD has quietly built a network of organic production facilities.

During pre-production, the big-money boys have continued to invest heavily in TGOD:

Fully funded for its domestic and international strategies; TGOD has no plans to return to the market for additional capital. 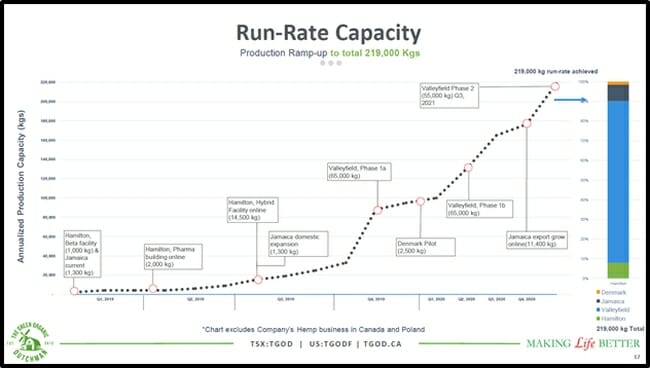 “In a recent study conducted by Hill & Knowlton,” states TGOD, “over 50% of recreational consumers stated it was important that their cannabis was organic. When the same question was posed to medical patients, that number increased to 63%.”

Athaide is referring to “Cannabis 2.0” which will include beverages and edibles – pending regulatory approval. 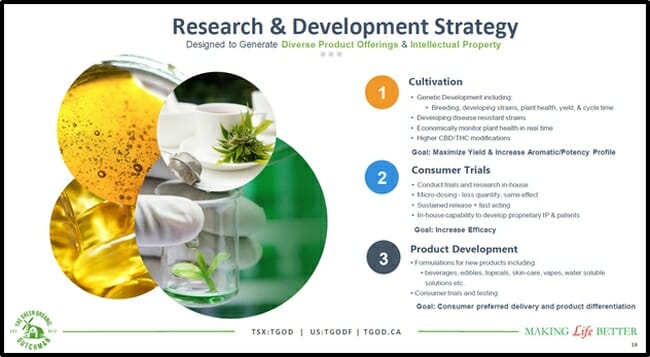 The “entourage effect” is not the tendency to act like an asshole when you are in public with a group of friends.

The concept – introduced in 1998 by an Israeli doctor – is a mechanism by which non-psychoactive cannabis compounds modulate the overall psychoactive effects of the plant.

A month ago, TGOD announced that sales of certified-organic cannabis have begun.

“Oil is predominantly a medical product, and patients want clean, organic efficacy with safe and easy delivery,” stated Dr. Rav Kumar, Chief Science Officer of TGOD. “Through our certified organic product and process we know we are providing patients the best possible experience.”