On April 16, 2019, the two companies announced that they have entered into an agreement to merge.

Quadron’s core business is the design and production of cannabis extraction and processing equipment – which it leases and/or sells to cannabis industry participants through its subsidiary Soma Labs.

“If you REALLY know the weed business in Canada – you know Rosy Mondin,” wrote Chris Parry on February 24, 2017, “She co-founded the Cannabis Trade Alliance of Canada. She’s an advisory board member of the Canadian Association of Medical Dispensaries. She’s who Jodie Emery would be if Jodie Emery was A) not relentlessly self-obsessed and B) not married to a jackass.”

“Cannabis oil consumption is estimated to grow 100X times faster than dried marijuana consumption,” stated Mondin, “Many cannabis growers do not have the equipment or expertise to deliver a highly consistent, branded, end product to their customers leaving a critical void in the market which Quadron aims to capture.” 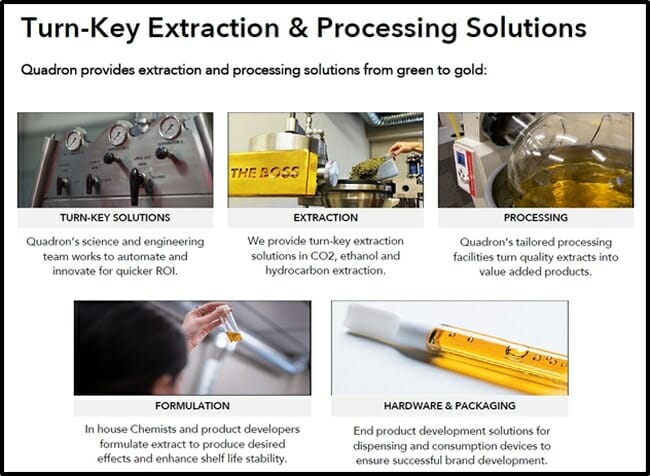 World Class has developed an innovative extraction process for both the hemp and cannabis industry, producing “higher yields and better-quality crude hemp oil” at faster rates.

PUMP’s tech can handle the large-scale extraction of CBD Oil and other related extracts using either mobile or installed extraction systems.

In the excellent Midas Letter interview below, James West talks to World Class founder Anthony Durkacz, who explains how PUMP will partner with U.S. farmers to scale hemp oil extraction.  At min. 11:18, Durkacz weighs in on CBD prices going forward.

World Class has agreed to acquire all of Quadron’s shares. Quadron shareholders will receive two World Class shares for every Quadron Share held.

This deal values Quadron at $.25 – a premium of approximately 19% to the April 12, 2019 closing price.  It is expected that QCC Shareholders will receive about 143 million World Class Shares (24% of World Class Shares).

On an Equity Guru back channel, Chris Parry stated, “This merger gives both companies what they’ve been lacking”. 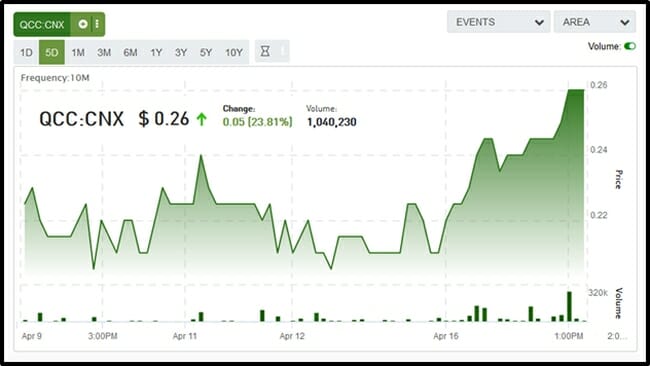 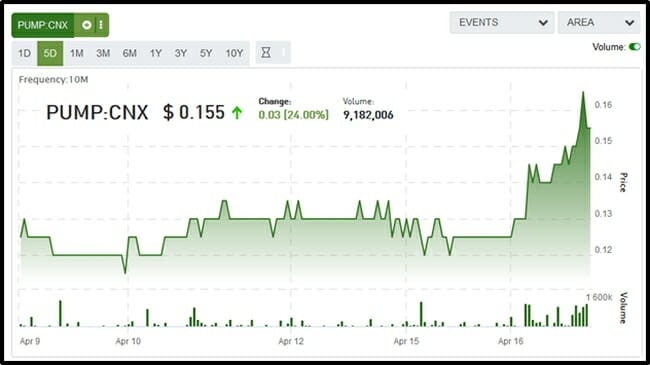 “Bringing together Quadron and World Class, two complementary businesses, we are creating a stronger enterprise to achieve long-term growth and value creation for our shareholders,” stated Mondin, “We are tightly aligned in our goal of becoming a global leader in the emerging, and rapidly growing, cannabis oils market.”

“Quadron’s team of seasoned executives and proven ability to generate revenue in the extraction sector is exactly what World Class needs in order to separate ourselves from the pack, and take a leadership position in the nascent extraction sector,” stated Michael McCombie, CEO of World Class.

In early June, 2019 a special meeting of Quadron Shareholders will be held to vote on the proposed merger. If the approval is granted, the deal will close about a week later.

Full Disclosure:  Quadron is an Equity Guru marketing client and we own the stock.

$13 million give or take Earlier this week the law firms of Wolf Haldenstein Adler...