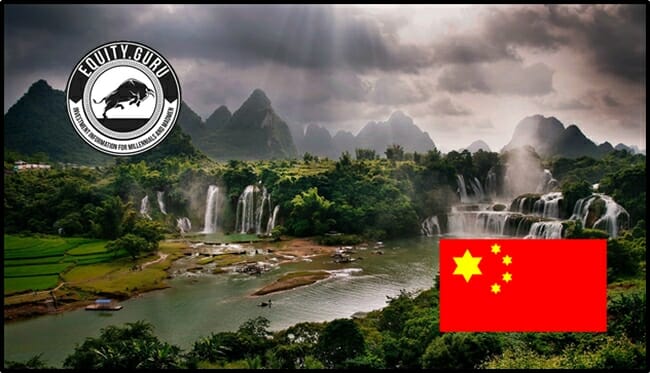 At the same time, U.S.-dollar imports to China were down 7.6% from a year ago.

China’s March trade surplus with the U.S. — a politically sensitive measure given the ongoing trade war between Washington and Beijing — came in at $20.5 billion.

This March, the average American adult purchased $80 more stuff from China, than they sold to China.

Following the revelation of the growing trade imbalance, the offshore Chinese yuan strengthened slightly to 6.73 per dollar.

On Friday, Mainland Chinese shares were slightly lower. The Shanghai Composite, The Shenzhen Composite, the Hong Kong’s Hang Seng were all down about .25%.

Chinese investors got excited about the first-ever photograph of a “Supermassive Black Hole” – a weighty chunk of space that has undergone gravitational collapse, leaving behind a celestial blob “from which nothing can escape, not even light.”

Telescope-related Chinese companies, Phoenix Optical (600071.SHA) and Zhejiang South-East Space Frame (002135.SHE), both surged by 10% (the daily limit) after the photographs were released.

Police in Jiangyou, Sichuan Province photo-shopped the black hole image onto a police walkie-talkie and published it on WeChat with the caption: “vacuum-clean all criminal elements, nothing escapes the eyes of law enforcement.” 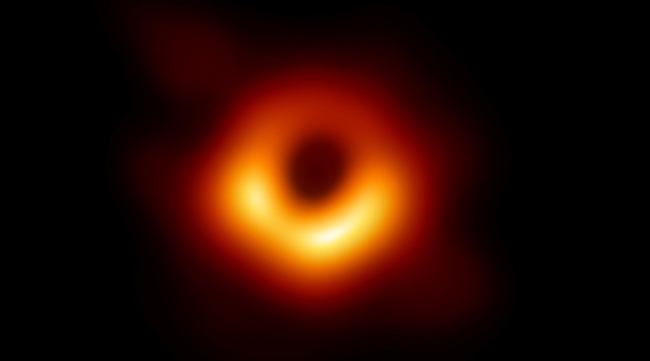 Guangzhou is the capital Guangdong Province, on the Pearl River about 120 kilometers north-northwest of Hong Kong.

In 878 A.D. Chinese smuggler and rebel, Huang Chao led his army into Guangzhou and slaughtered 120,000 foreign merchants. Over the next 1,141 years, the foreigners slowly drifted back.

The coveted nests are made from the “salivary secretion” (spit) of Swiflets. The nests are found clinging to the ceilings of caves.

Many Chinese women believe that Swiflet bird’s nests (“the caviar of the east”) promote smooth complexion. The spit-formed nests are also believed to help unborn babies relax.  No clinical studies have confirmed these claims.

Swiftlet bird nests cost $5,000 per kilogram, resulting in a single bowl of soup that sells for about $100 in Shanghai.

“In China, bird nest has been a really famous and much-loved traditional tonic since ancient times,” states Zhang Yi.

The operation was launched simultaneously in Shantou, Guangzhou and Shenzhen. Police officers raided 28 warehouses, homes, and stores, seizing electronic evidence, ledgers, and cash – as well as the coveted nests. 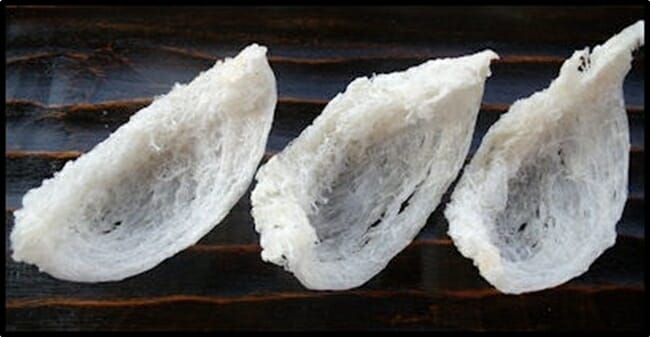 Yiwu City – Zhejiang – A 29-year-old product designer, Jiang Zhiping, from East China’s Zhejiang province, has been convicted of making a toilet plunger that doubles as a deadly gun.

Founded in 222 BC, Yiwu was a prosperous trading center during the Qin dynasty. Trading was vital for the area because the surrounding land has poor quality soil.

Last September Jiang was sentenced to 13 years in prison after a tool he claimed was intended to excavate a toilet – killed a farmer’s chicken in East China’s Anhui province.

In a somewhat unusual move, the Anhui High People’s Court has agreed to re-try Jiang since “the evidence was unclear”.

Jiang’s plunger/air-rifle has “a kind of plastic grip” to hold a device for dredging a toilet with compressed air.

After receiving the report, police arrested a suspect, along with a large number of parts for assembling air guns, including the grips designed by Jiang.

Five more people were subsequently arrested, who claimed they bought the grips from Jiang. In Jiang’s warehouse, the police found 3,870 illegal grips, “which were then identified as gun parts.”

Some Chinese netizens posited that Jiang was a sneaky weapons manufacturer, while others others said he was a whimsical inventor making the world better by removing fecal obstructions.

The provincial court has agreed to a re-try Jiang this summer on weapon’s charges. 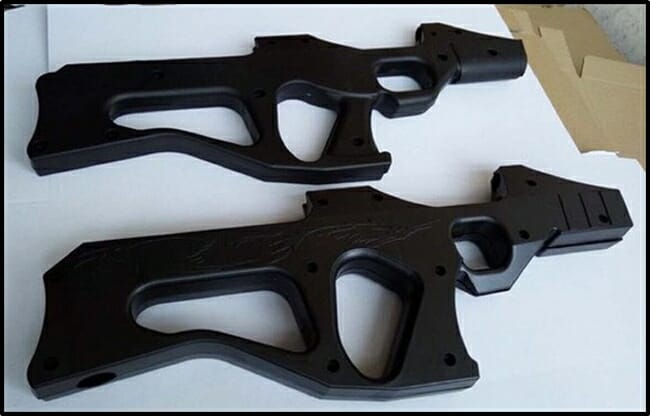