Oh, how you laughed.

“Sproutly?” you exclaimed. “A cannabis beverage company? Right. Okay. Sure.”

Then you chuckled as you turned your back. 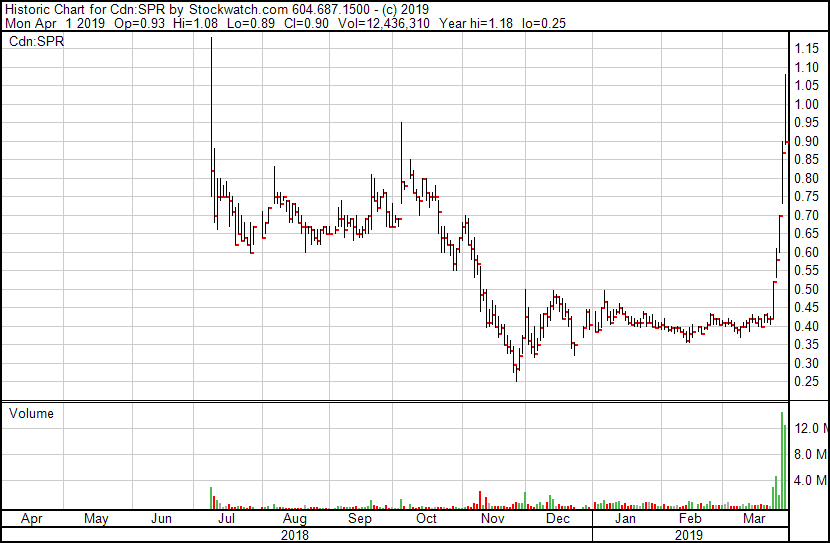 Sproutly (SPRT.C) has sat churning since late November, down a half from where it opened its life on the Canadian public markets, with no amount of news about good people coming aboard or pieces of their puzzle being acquired being seemingly able to nudge it upwards. 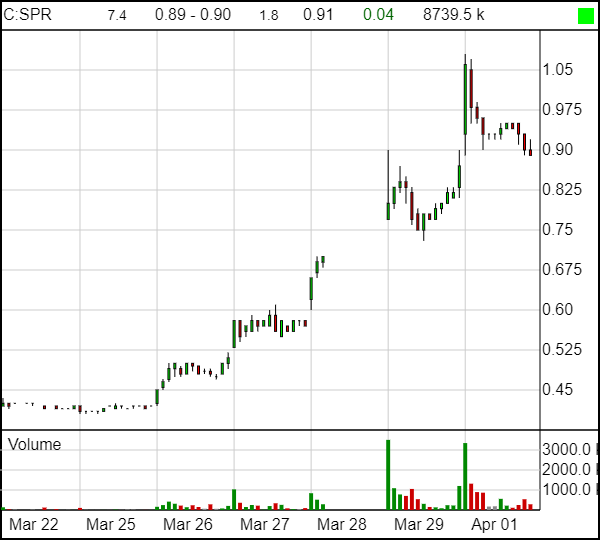 It was just a little extra buying at first, enough for a 25% jump in a day on March 26. that repeated the next day with, again, not a massive spike in volume.

But it was enough for IIROC to ask the company why it thought its stock was suddenly interesting.

Normally, the answer to those requests is “We have no idea why there is increased volume” and everyone moves on.

But this time, the answer was different. The IIROC answer actually became the reason why it zoomed the following few days.

Sproutly Canada Inc. is today responding to a request from the Investment Industry Regulatory Organization of Canada (IIROC) over the recent trading activity in the company’s stock.

The company is currently negotiating with a beverage company regarding a potential partnership to jointly develop and market cannabis-infused beverages. [emphasis mine]

This is uncommon. Usually, if word on a deal is getting out ahead of public news being released, the company might put out an early release explaining what’s happening so that all traders are working with similar info.

It’s rare to find a company saying, “Well IIROC, since you asked, we’ve got a big ass piece of news coming in April maybe, probably, but don’t quote us on that.”

If the regulators were hoping to tamp down whatever was fueling Sproutly’s fire, they missed the mark. Instead, the stock popped with over 25m shares traded in the two days pre-weekend. Today’s volume has also been high, though the share price has leveled as folks take profits. 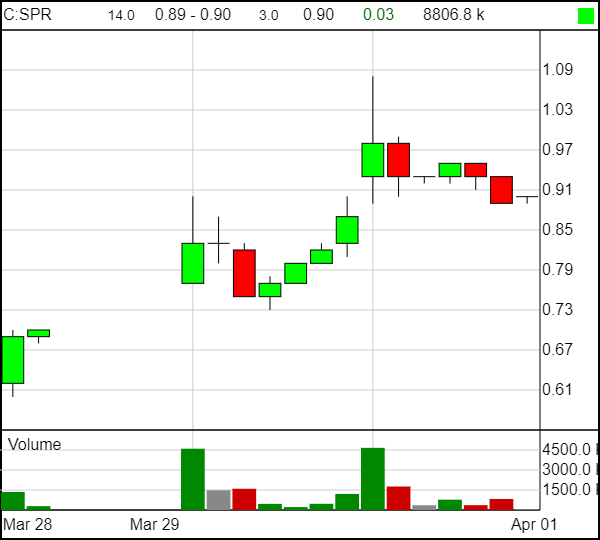 Sproutly’s core business model revolves around technology that they say will allow them to ‘wash’ the CBDs etc from cannabis using reagents in a way that will take the good stuff out of the plant and infuse water with it, allowing them to create a cannabis-based beverage that requires no funky oil extraction/separation tech.

The big question has always been, and the big drag on their stock comes from this – does it work, how will they demonstrate it works, and what will an ensuing product taste like?

Today, adding to their newsflow, they took another stop to figuring all of that out with a license from Health Canada that will let them not just grow cannabis (which they’re already licensed to do), but play with it.

This is long overdue, but big.

“We are making steady progress towards achieving Sproutly’s mission of delivering a safe and consistent whole plant experience from cannabis, with a lead position in the beverage market. The Processing License grant is a major milestone towards the path to commercializing our cannabis beverages and other edible products. Specifically for cannabis beverages, we can now continue to advance our formulation work at our own production facility as we prepare for the legalization of cannabis beverages later this year,” said Keith Dolo, CEO & Director.

“Our plan is to deliver cannabis beverages that will not only look and taste great, but also where consumers will feel the cannabis effects within five minutes and dissipate within 90 minutes. With Infuz2O’s fast onset and fast offset characteristics the experience is more similar to drinking a beer, compared to traditional cannabis oils that have an unpredictable, multi-hour experience.”

When a company goes on this sort of a run, my usual thinking is to steer clear while folks take their profits and drive it back down again. A good result might be that it keeps half its gains when the dust settles.

But here’s the thing: Sproutly’s news today is, for mine, the sort of news that would justify such a spike. This is legitimizing, Health Canada approved upscaling of their business facilities, in line with their stated business model. If it hadn’t already doubled in the last week, I’d have expected it to have done so this morning.

That’s not to say everyone in the stock today is in it for the long term business prospects. A lot of folks see that two-day 50% jump and go in for a flip, hence the usual fall-off. But, for mine, Sproutly got a lot more real today and the market cap it sits on makes sense at this level.

With Tinley Beverage (TNY.C) starting to rev its engine again after California’s new labeling regs have put a delay on progress for companies in that state, and California branding dominator Origin House (OH.C) and MSO Cresco Labs (CL.C) combining in a $1.1 billion deal, it appears to me that we’re entering an extended season of big market caps being validated by big deals, and little market caps being really interesting as a result.