Patriot One (PAT.V) and Raytheon Canada officially partner up 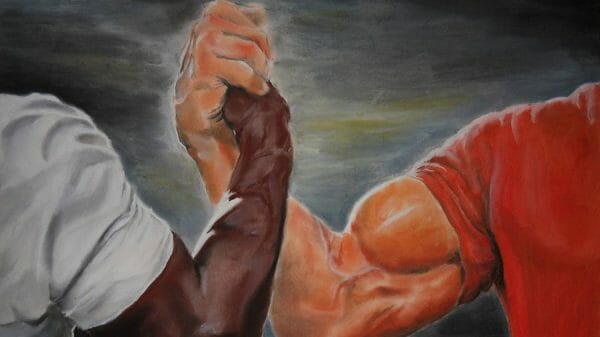 Patriot One (PAT.V) is getting a cash injection from Raytheon Canada Limited (RCL) to boost the development of its threat detection technology product pipeline.

The partnership was first announced on Aug. 14, 2018, though RCL was not named as Patriot One’s partner at the time. RCL will finance PAT with $3M in non-dilutive funding for the development of its PATSCAN cognitive microwave radar (CMR).

Besides expanding the development of the PATSCAN CMR, the investment by RCL will also go towards furthering other Patriot One initiatives in the same security-tech pipeline.

The company’s stated goal is ensuring operational security in any given area without creating “fortress-like environments.”

RCL and PAT’s partnership is part of a Canadian Industrial and Technological Benefits (ITB) transaction, an initiative from the Canadian government to ensure strategic investment in Canadian defence.

2.1.  Canada has responsibility to set in place programs and policies which ensure Canada’s significant investments in defence-related goods and services generate economic benefit to Canada that has long-term and high-value impacts on Canadian industry, and to establish ITB objectives…

Besides stimulating the Canadian defence sector, another of Canada’s ITB objectives is increasing competitiveness among Canadian-based defense suppliers through “meaningful opportunities for growth and supply chain integration into major global systems suppliers.”

Raytheon (RTN.NYSE) has been developing cutting edge radar technology since World War II and the company has been a longstanding partner in Canadian defense initiatives dating by to the 1950s.

The company says its objective is to support the Canadian government and its armed forces through technological innovation.

In 2012, RCL won a contract with the Canadian Department of National Defence to implement new radar technology currently being used on the Black Sea and the Indian Ocean on Canada’s coastlines.

Traditional land-based radar systems only see as far as the horizon. The high frequency surface wave radar technology follows the curvature of the earth and sees past the horizon out to about 200 nautical miles, providing better security and the protection of the fisheries.

Besides radar detection technologies, Raytheon is one of the preeminent global weapons manufacturers, offering iconic offensive hardware like the Tomahawk and FGM-148 Javelin missile systems.

The company has extensive contracts with the U.S. military and defense forces around the world.

Read: Patriot One Technologies (PAT:V): The first ‘Trump Presidency’ play on the Venture

Since the, the company has signed a purchase agreement with a Las Vegas casino resort, met with U.S. Congress members and acquired even more IP to bolster its offerings.

The reason for PAT’s market viability is simple: threat detection and defence tech is going to be the next ‘put your money in toothbrushes.’

“Mass shootings are increasing in the U.S. They’ve been increasing over the past four years,” said John Cohen, an ABC News consultant and former acting Homeland Security undersecretary. “Many law enforcement officials agree that these shootings represent the most serious threat facing the United States today.”

And that’s just in the U.S.

The truth is that large swathes of the world are going to become unlivable as the effects of climate change become more pronounced.

Anyone who has spent a summer in Nevada or Arizona will tell you that those states could not sustain life if it was not for air conditioning and piped-in water.

Pakistan and India are already experiencing severe heat waves and drought and small island nations will soon be underwater thanks to rising sea levels.

What does this have to do with PAT? It should be obvious. With each passing year, there will be more people and fewer places they can live.

Fewer resources, migrating populations and the rise of increasingly militaristic governments means the demand for technologies like PATSCAN CMR is only going up.

Get in while you can.

Full disclosure: Patriot One is an Equity.Guru marketing client.