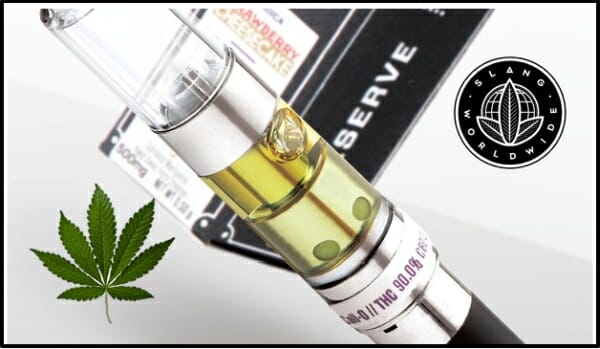 On March 11, 2019 SLANG Worldwide (SLNG.C) announced the launch of its RESERVE product line in the California market.

They’ve won 40+ Cannabis Cups, they have over a million followers on social media, and SLANG raised $66 million in its go public financing – despite only seeking $50 million – at a time when EVERYONE is hurting on the finance front

.As a publicly traded company, SLANG is only 6 weeks old, but it began operations in May of 2017, methodically building strategic partnerships with larger companies in the cannabis industry.

“Canopy Growth (WEED.T) is backing Slang through a complex financial arrangement that it uses to comply with the Toronto Stock Exchange’s policy of de-listing pot business that operate in territories where cannabis is federally illegal.” stated Market Watch.

Canopy has acquired warrants that allow it to buy about 20% of Slang if the U.S. legalizes cannabis federally. It also works with Canopy through Agripharm Corp., a Canadian-licensed producer that is 40% owned by one of Canopy’s subsidiaries. Slang owns 20% of Agripharm.

RESERVE is sold alongside SLANG’s other offerings like Bakked, California’s #1 best-selling distillate.

“RESERVE extends the O.penVAPE brand and complements our existing product line,” stated SLANG, “adding to a robust product catalogue that has made O.penVAPE the #2 best-selling cannabis brand in the United States since 2014, according to BDS Analytics.”

California is one of the largest cannabis markets in the U.S, with estimated 2018 recreational sales of $1.2 billion.

Presale orders for RESERVE sold out across California, confirming that a competitively priced vaporizer cartridge has a place in the competitive California retail cannabis environment.

Is “rich farmer” an oxymoron?  Business owners with dirt under their fingernails usually reap modest economic rewards. For this reason, the original wave of licensed marijuana growers is morphing into cannabis retailers and branders.

SLANG is unusual because it was clear-eyed from the get-go that it was going to target the high margin, weather-neutral, low capital cost segment of the cannabis industry: branding, marketing, sales.

In the January 2019 prospectus, SLANG stated that its current business “is to actively seek out potential acquisitions, joint ventures and strategic alliances with the goal to become an established branding and marketing company focused on serving the cannabis sector.”

In both half-gram and one-gram cartridges, RESERVE is filled with pure, high-potency distillate.

“As cannabis markets get more sophisticated, so too do cannabis consumer tastes” said Peter Miller, CEO of SLANG. “With the RESERVE line of strain-specific cartridges, these discerning consumer tastes will be served at a great price.”

Finding a retailer that carries O.penVAPE products is not difficult. 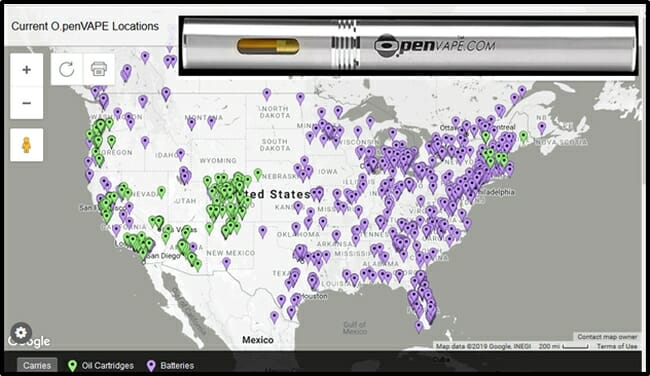 “We looked at our experience with Mettrum [sold for $430 million] as fully vertically-integrated producer and distributor of cannabis in a limited license environment in Canada,” stated Levy.   “And that was a great business experience and boot camp.”

“We saw you had to be a good farmer, good manufacturer, good marketer brander, distributor, retailer,” continued Levy, “All of those are very different and separate businesses”.

“Ultimately, cannabis is just a consumer product. And how are consumer products businesses successful in the real world? It’s great brands that are really widely distributed.

So that’s what we’ve set up with SLANG– a host of really good brands that have the best distribution. In looking for a partner, we merged with companies like Organa Brands because we saw that they had product in 1200 stores at the time. That was the biggest distribution footprint we had heard of”.

“Bakked already had me at hello and they knew that,” wrote reviewer Dallas7db7 on Weedmaps, “the love I have for bakked is so unconditional – a pure high that I can never, would never come down from. Thank you bakked… for pureness, your control, and your perfect balance ; without you I couldn’t feel this good.”

Full Disclosure:  SLANG is an Equity Guru marketing client, and we own the stock.