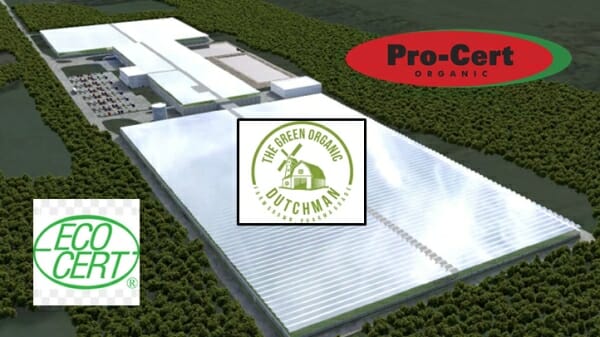 On March 5, 2019 The Green Organic Dutchman (TGOD.T) announced that it has received organic certification from Pro-cert Organic Systems.

TGOD is the largest licensed producer of 100% certified organic cannabis in Canada. Pro-cert is the 2nd certification body to endorse TGOD’s organic process at its Hamilton facility.

All TGOD cannabis is already certified by ECOCERT, a global organic certification body. ECOCERT verifies that production standards are met through surprise audits, and product analysis. 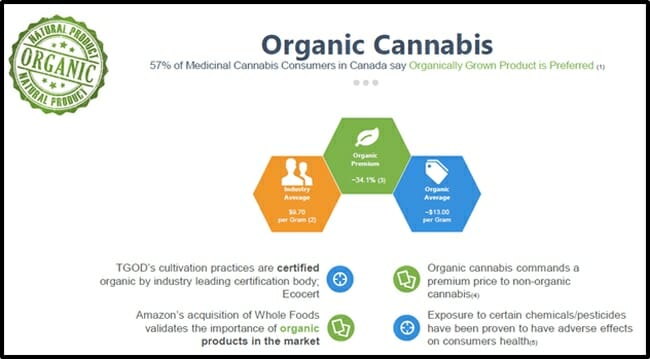 The Canadian Food Inspection Agency (CFIA) is responsible for monitoring and enforcing Part 13 of the Safe Food for Canadians Regulations. CFIA has accredited a dazzling array of organic certification bodies.

The Pro-cert and ECOCERT certifications are important because North American organic product consumers have been burned in the past.

Products in Ontario featured a “Non-GMO Project Verified label” which turned out to have no meaning.

There are even bigger organic compliance problems in China and the U.S.

According to The Washington Post, 36 million pounds of soybeans recently entered California via Ukraine. “Along the way, it underwent a remarkable transformation.”

By the time the 600-foot cargo ship arrived in California, the soybeans had been labeled “organic,”— raising the shipments value by $4 million.

For investors, organic products are a double-edged sword.  Certified organic products = higher prices/bigger margins.  But if that organic brand gets compromised – the recovery period will be painful.

So yes – it’s important that TGOD has robust organic certification – and also that Pro-cert and ECOCERT aren’t rubber-stamping TGOD products.

“Certified-organic provides consumers with the best cannabis experience, and the entire TGOD organization is committed to that standard,” stated Brian Athaide, Director and CEO of TGOD. “The certification from Pro-Cert, along with the earlier certification from ECOCERT means that both leading organic certification bodies have approved our process.”

Pro-Cert is one of North America’s foremost certification bodies, with a client base including producers, processors and traders from across Canada and the United States.

Pro-Cert’s certification programs are ISO 17065 compliant and accredited, providing global recognition and international access to the products that are certified. TGOD packaging will include the Pro-cert logo to convey the organic point of difference to consumers.