The opportunity in cannabis’ supporting players 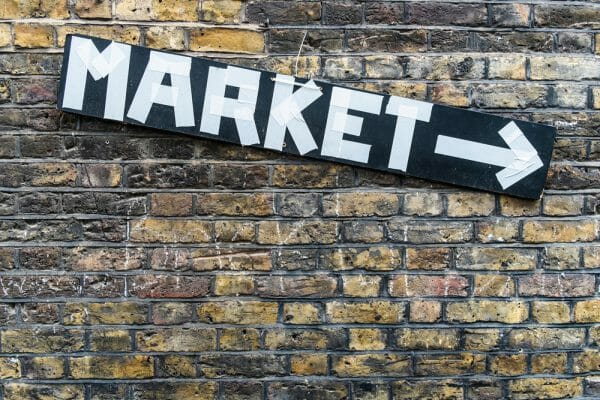 What makes this cannabis market really exciting is that it’s largely uncharted territory.

When cannabis went live last October, it opened the door for growers, manufacturers and dispensaries to start moving products like flower, edibles and vapes. What it also did was open up a lot of peripheral doors.

Now cannabis companies are feverishly gobbling up every bit of IP they can get their hands on, whether it’s a new light system for their greenhouses, or a new way to transport their goods that reduces product degradation.

It’s certainly not about rasta caps and pot merch sold on tables outside second rate concerts from bands vaguely associated with the weed market anymore. Now it’s about big money sunk into researching tissue culture and gene splicing. Suddenly, cannabis is on the cutting edge.

What’s Nanotechnology got to do with weed?

Nanotechnology has been a staple of fiction and movies for decades, usually in some form of microscopic injection of unknowable future tech that cures everything from severed spines to cancer.

And who knows? Maybe it’ll get there someday. What it’s capable of right now is pretty damn cool, though.

The NanoSphere Delivery System wraps the molecules of any chemical introduced to the body in a sub-microscopic membrane. This protects them from degradation as they travel through the body’s hazardous internal environment to their target destination.

The best part is that it’s a patch. No waiting an hour and a half for onset, and no needles.

But before we get any deeper into this we’ll need to define a term: bioavailability.

Basically, bioavailability is a measurement of how much Drug X reaches the intended destination.

It’s the reason why you have to wait for headache relief when you take a Tylenol. It’s a billion little Tylenol molecules all trying to survive the journey through the body’s various systems to get to the problem. If they survive the trip, most of them will end up being too big to fit into the tiny receptors and only a fraction of a fraction will get to work. This leads to decreased bioavailability.

THC has the same problem.

“THC is a big molecule. It is much larger than most receptors can handle.  The thing about bioavailability is that you’ve got a particle coming at a receptor and it’s four, five or six times larger than the receptor, the receptor is only going to take what it can take, and that’s it. Now if you’re able to get that particle down to a size that’s compatible with the receptor then your bioavailability is going to go up,” said Victor Goncalves, executive vice president of NanoSphere.

Goncalves pointed out that that the delivery system is not just limited to THC. It can handle literally any molecule it’s wrapped around, and that makes the value basically endless to some companies.

Naturally, Nanosphere is looking to branch out beyond the cannabis industry. This product can be used in cosmeceuticals, nutraceuticals, pharmaceuticals, non-steroidal anti-inflammatory drugs and even has applications in animal health, according to Goncalves.

This is a company with a dynamite product that the market’s only just starting to take note of. With a value at a little north of $42 million, it’s an absolute steal.

There are plenty of uses for cannabis and hemp, and not all of them involve THC. Some actually include other molecules like CBD which have therapeutic properties.

That leaves us with the question of how to separate the oils from the plant, and that’s where extraction comes in.

Extraction refers to stripping the cannabis plant of its oils, which can then be transformed into products like tinctures, transdermal tablets, powders to put in your drink and more.

There are peripheral cannabis companies that offer industry-scale biomass extraction, but these usually come with a hefty price tag. This opened up a brand new avenue for in-house extraction for companies that would rather skip the middle-man and buy the cow instead of heading out for milk.

While they sell standard cannabis-space items like vape pens on the side, Quadron is primarily a tech company with three major subsidiaries.

Chief among extraction techno-wizards is Soma Labs, the creator of the BOSS CO2 Extraction System, and the BEAST ethanol extraction system.

The Boss is a biomass extractor that uses carbon dioxide, and can process up to 200 pounds of biomass per day.

The supercritical CO2, acting like a liquid, is able to hold the extracts in solution until the mixture undergoes a controlled phase change back to its gaseous state. Since the CO2 gas is no longer able to hold on to the extracted material it can then be collected as it drops out. CO2 is the perfect solvent and is unique because its power can be easily modified by adjusting temperature and pressure settings at key points during the extraction process.

The difference in the two processes is that the ethanol extraction technique essentially boils ethanol in a flask or pot, then condenses the alcohol on a cooled-coil. The condensation is then dripped through the flower, and the process strips the cannabinoids and terpenes. Between the two methods, ethanol is faster and requires a relatively low solvent-to-feed ratio.

Valued at a little shy of $13 million, QCC is small but feisty and is a relatively new company in the cannabis space. Both devices retail at less than $2 million, and are excellent for companies in search of an easy DIY way of extracting chemicals from biomass in-house.

The cannabis industry has a lot of money and product changing hands on a daily basis. Without adequate security, the company that doesn’t find a way to protect their cash (and their stash) is probably going to lose both eventually.

The board is backloaded with security personnel with more than 20 years of experience providing high-end world class security. They’re the company that Equity.Guru’s own Chris Parry called “the Blackwater of the cannabis world.”

For example, their CEO is Thomas Gerstenecker, former Security Chief of Global Operations for the United Nations as a member of Canada’s special forces group, Joint Task Force Two. Backing him up is Canadian senator and former Ottawa police chief, Vernon White. 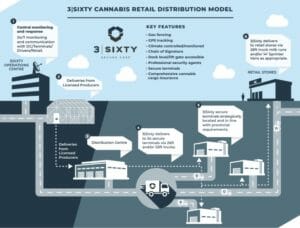 Even though 3 Sixty Secure is a new company, having only newly leaped onto the scene in the first month of 2019, they’ve already made a big splash by making partnerships to protect the cannabis and money logistics of big name movers like Canopy Growth (WEED.T), Aphria (APH.T) and Tilray (TLRY.Q).

The only criticism thus far has been leveled by Canaccord, who called 3 Sixty a “speculative buy.”

So, to recap 3 Sixty Secure has:

They’re not even three months out of their RTO with Petro Vista Energy. Right now, they’re valued at roughly $83.5 million, and while their post-RTO decline will likely see this deplete, it’s a pretty confident bet that it won’t be long before this company is proving out, and moving out.

Cannabis has only been legal since October, so we don’t have stats on how many fatal car crashes it’s caused, but if Colorado is any indication, we can expect much higher rates.

The old standards attached to alcohol detection don’t work effectively when it comes to bud, because THC can stay in your system for weeks after ingestion with no adverse effects to your driving. This complicates matters for the road-side cop who is left scratching his head wondering if anything he’s done will hold up in court.

That’s where innovative companies like Cannabix Technologies (BLO.C) come in.

Cannabix is a tech-company that’s busy developing tools to helping law enforcement detect the presence of THC in the breath.

That’s right. They’re making a breathalyzer to detect if you’re high as balls. If you get pulled over tomorrow, the only ways law enforcement can detect the THC in your system is through either an invasive and unreliable roadside saliva test, or by administering a blood test down at the station.

Cannabix is focusing on something called FAIMS technology. FAIMS stands for field asymmetric waveform ion mobility spectrometry, and if it seems legit straight out of CSI, it’s because it totally is.

With a value in the $150 million range, a price in the range of $1.65 a share, and their only product in prototype, they’re a gamble. We’ll wait to see if they prove out.

There’s an enormous industry which has opened up post-legalization which can have nothing to do with flower, oils or even the end user. Suddenly, the world is being asked to adapt to cannabis as a commodity rather than contraband.

These products fall into the back end of the cannabis industry where the consumer can’t see and, frankly, maybe they’re something the consumer shouldn’t have to worry about. But for the enterprising investor who’s tired of looking at the glutted market for flower, tinctures and other assorted and sundry items, there’s definitely some money to be made.

So let’s make it.