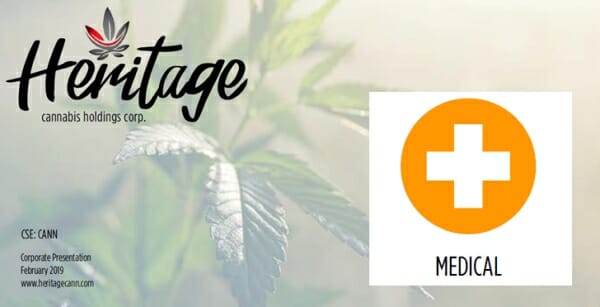 On February 25, 2019, Heritage Cannabis (CANN.C) announced a significant expansion of its medical cannabis footprint, with the addition of BriteLife Sciences – a newly-formed 100% owned subsidiary.

Heritage currently has two Health Canada approved LPs, through its subsidiaries PhyeinMed and CannaCure. Its subsidiary Purefarma will be providing extraction services, as Heritage focuses on “advancing its scale and technology footprint to compete both domestically and internationally.”

Heritage has executed a series of moves, gaining traction in the medical, health and wellness sectors including December 2018’s acquisition of Purefarma – a manufacturer and wholesale processor of premium CBD oils.

CBD demand is catalysed by the medical needs of aging baby boomers – and that is the mother of all of demographic waves.

Heritage is making moves the market understands, and likes. 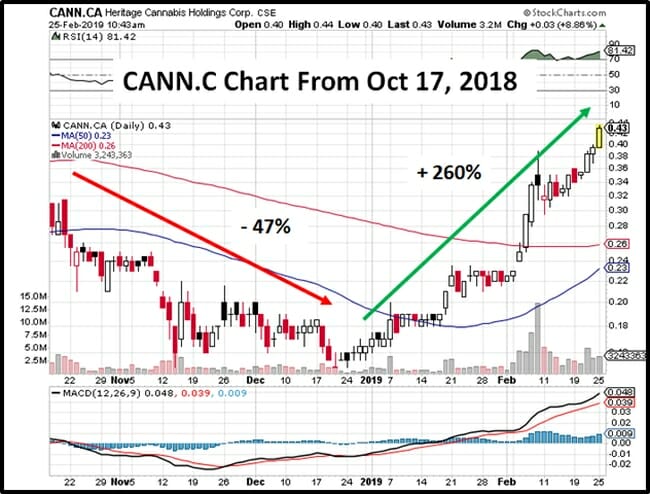 Dr. Chris Spooner, Heritage’s Chief Science Officer, will oversee the strategic direction while Cyndi McLean will take the role as V.P of Biz Development for BriteLife, responsible for sales and client relationship management.

“Developing a strong focus on the medical cannabis market is one of the pillars of our corporate growth strategy,” stated Debra Senger, Heritage’s Chief Strategy Officer. “Having the right people in place has allowed us to expand our plans to include many options which were previously unavailable to us.”

BriteLife will have the advantage of drawing from Dr. Spooner’s and Ms. McLean’s medical networks and years of experience in the pharmaceutical and medical cannabis market.

The BriteLife division will include a significant educational component targeted at assisting patients with individualized custom solutions.  Heritage is right to be aggressively expanding. 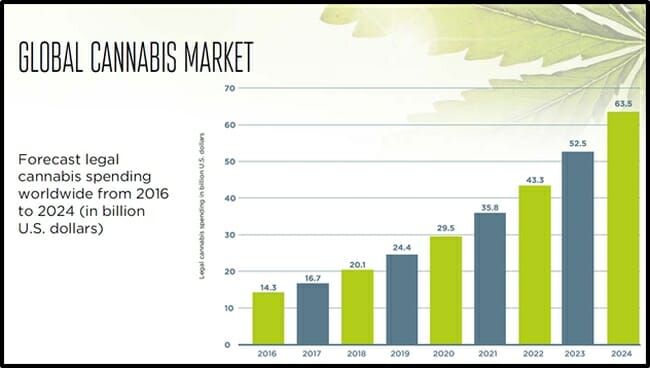 Another Heritage subsidiary, PhyeinMed, has received an updated cultivation license, allowing the company to sell and distribute:

PhyeinMed has completed Phase 1 construction of its grow facility, consisting of 15,500 sq ft of production space.   Phase 11 consists of 10 greenhouses, with four slated for completion this fall and the remaining six by spring 2019.

“We expect that the addition of BriteLife will expand our markets and introduce new ways for us to reach medical cannabis patients,” stated Clint Sharples, CEO of Heritage “The exclusive modifications that we have incorporated into our existing extraction methods allow us to easily isolate a few of the less known therapeutic cannabis components which can be used in our medial product lines.”

Full Disclosure:  Heritage Cannabis is an Equity Guru marketing client and we own the stock.