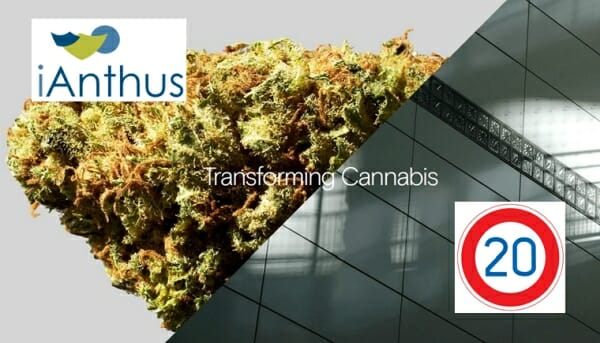 The Citiva Hudson Valley is iAnthus’ 20th opened dispensary in the U.S.

Wappingers Falls has a population of 6,000.  Local resident Tony Scott recently won a 4th place ribbon at a vegetable-growing contest for nurturing a 1,515-pound pumpkin.  The village is also home to New York State’s 6th oldest library, the Grinnell Library.

At first glance, Wappinger Falls might seem a quirky and antiquated location for a weed outlet. 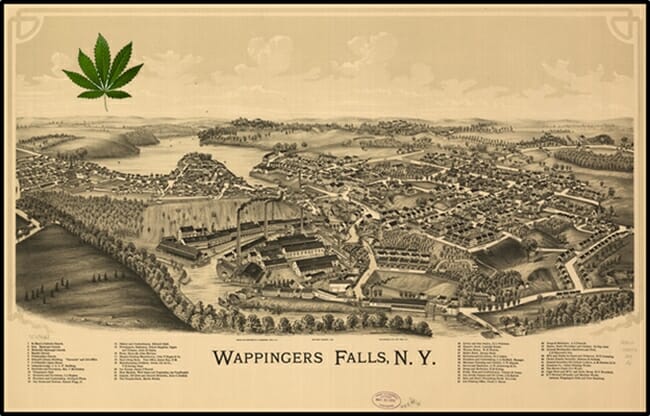 But there are a couple of salient subplots.

iAnthus’ 2,600 square foot dispensary is located at 1147 Route 9 in Wappingers Falls, “a short drive from Marist College and Vassar College.”

Vassar College was founded in 1861 as an institution of higher education for women. It now has 2,400 full-time undergraduates, 59% women and 41% men.

Both Marist and Vassar are Liberal Arts Colleges with average annual tuition of about $38,000.

Historically, liberal arts studies are considered essential for a free person (liberalis) “to take an active part in civic life”.

Liberal arts graduates are expected to be able to “participate in public debate, defend oneself in court and express political dissent in iambic pentameter.”

It’s only a hunch (with no supporting data) – but we suspect that on average, philosophy majors smoke more weed than electrical engineering majors.

Six weeks ago IAN and MPX Bioceutical (MPX.C) announced a deal whereby iAnthus will acquire all of MPX shares in an all-stock transaction valued at $835 million. 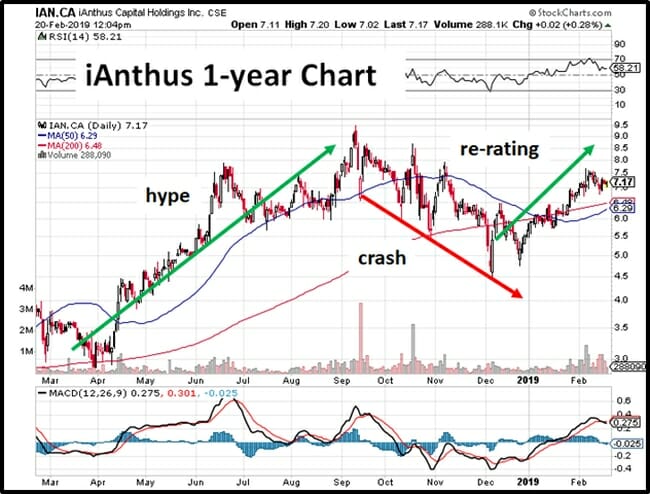 Investing in iAnthus is a bet on the future of legal pot in the U.S.  The size of the current U.S. weed market is about $55 billion per year.  The shift from the black market to legally-regulated dispensaries, has created one of the fastest growing industries in the U.S.

“Momentum for marijuana reform continues to build across the country and in New York,” states The Daily Chronic.

“In September Governor Cuomo endorsed legalization and established a workgroup to draft legislation to legalize, tax, and regulate adult-use marijuana in New York.”

With the Democrats regaining control of the New York Senate and Assembly for the first time since 2010, New York is on the cusp of legalizing marijuana.

Opening a dispensary in a village in New York State may not seem like a big deal – but if you look at the size of the opportunity – all iAnthus’ dispensaries can all be viewed as pilot projects.

When New York State goes legal – we want to own part of a company that has a track record of operating dispensaries in small towns, close to big education centers.

Only registered patients with a valid New York medical cannabis card may purchase cannabis products from Citiva Hudson Valley, though anyone over 21 with valid ID can enter the dispensary to learn about the 5 Pre-requisites for patient access: 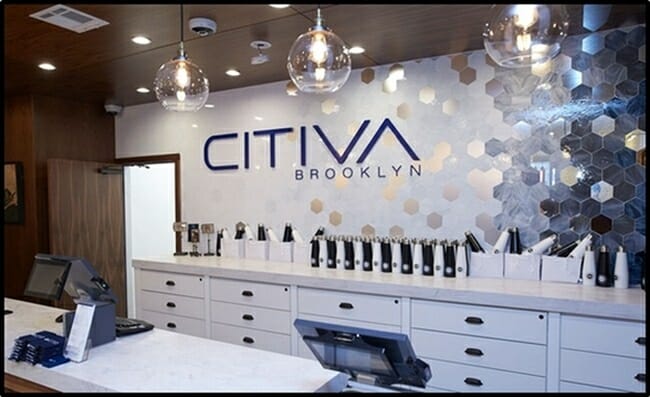 The Wappingers Falls outlet is the 2nd of iAnthus’ four New York licensed dispensaries, with locations in Staten Island and Chemung County to follow.

“The opening of our Citiva Hudson Valley marks the 20th dispensary opened,” stated Hadley Ford, CEO of iAnthus. “2019 will be full of catalysts for Citiva, including the completion of our cultivation facility in Warwick, New York, and the opening of dispensaries in Staten Island and Chemung County.”

Full Disclosure:  iAnthus Capital is an Equity Guru marketing client, and we own the stock.