According the BNN Bloomberg, “Casey announced that the province has asked the Nova Scotia Liquor Corp (NSLC) to look at adding to its 12 retail locations currently selling cannabis. She said an expansion would also address geographical gaps in the province.”

Highland Grow intends to expand its “genetic and product offerings” – validating its “localized approach to its domestic market”.

“We believed that on-line cannabis sales would address areas of the province where there was a gap,” stated Casey. “We’ve recognized that to date it has not materialized, so we have to look at how can we get out to other areas if online is not going to bring the consumer in.”

The minister acknowledged the shortage of retail outlets, particularly from the South Shore through the Annapolis Valley. 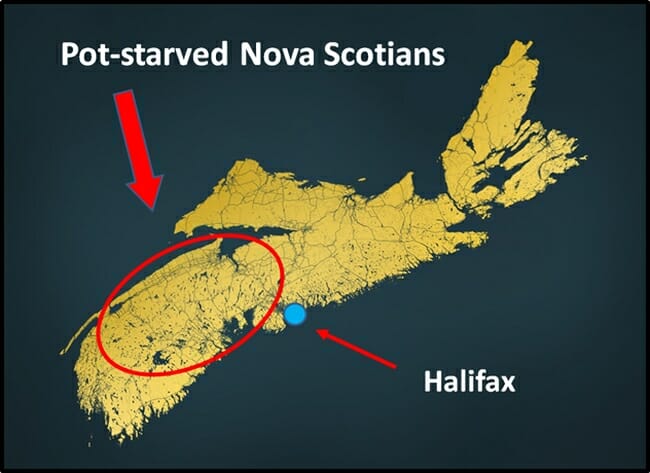 The Phase I expansion will be 50,000 square feet and will be completed in the first quarter of 2019.

The Phase II expansion of 50,000 square feet is targeted for completion during the second quarter of 2019.

Nobody should be surprised that Nova Scotia cannabis consumers are currently under-served.

From the get-go, Nova Scotia adopted a conservative approach to distribution and sales.

Government stores carried limited strains of flower – announcing that it would sell cannabis oil “at a later date.”

“If you buy a 40 ouncer of rum you’re required to put it in a compartment that’s away from the driver or its occupants,” scolded Nova Scotia RCMP Cpl. Dal Hutchinson, “Same thing applies when you go to buy your cannabis.”

“You have to keep cannabis in a secure location whether it be in a trunk or in a container in the back of a truck,” Hutchinson continued, “or in the case of a minivan have it in the very back, maybe in a floor compartment.”

According to Statistics Canada, in 2018 Nova Scotians won 1st prize for “most pot consumed per capita”.

But Nova Scotians’ preference for “value” (cheaper) strains of weed, meant that it only claimed 2nd prize (behind P.E.I) for “most money spent on pot” ($11.34 per capita). 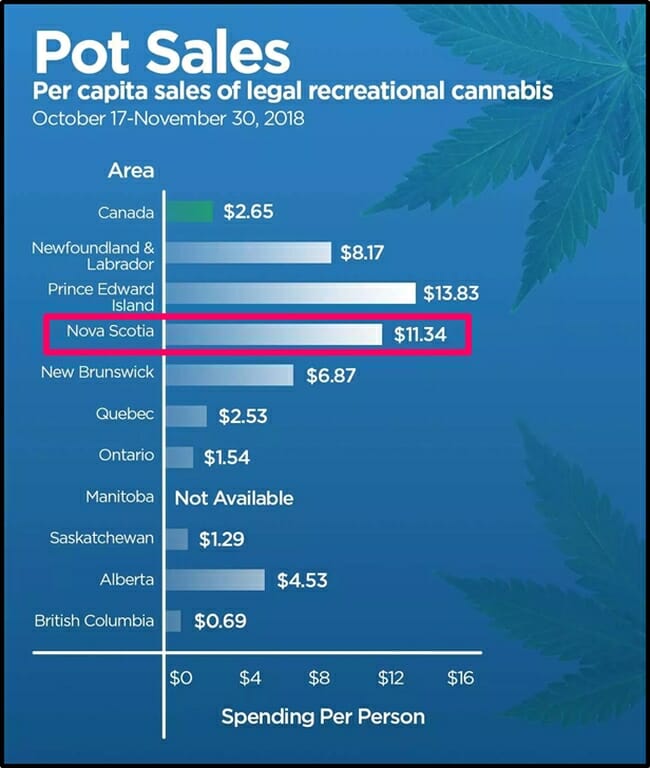 “We spotted the lack of competition and high per capita consumption in Atlantic Canada early on and set out to acquire subsidiaries and establish partnerships across the region,” stated Biome CEO, Khurram Malik.

“Biome and Highland Grow are preparing to meet the increase in demand and do our part to eliminate the current supply shortage in our home province,” confirmed Frank MacMaster, President of Highland Grow.

“Biome Grow has been steadfast in its focus on a regional business strategy,” confirmed Malik, “We are now transitioning from development to a commercial cannabis enterprise.”

Operating at full capacity, the Antigonish County, Nova Scotia operation can produce about 700,000 grams of marijuana a year.

Casey told The Chronicle Herald that cannabis demand is currently outstripping supply by about 60% in the province.

The current market cap is $74 million.

Full Disclosure:  Biome is an Equity Guru marketing client, and we own the stock.