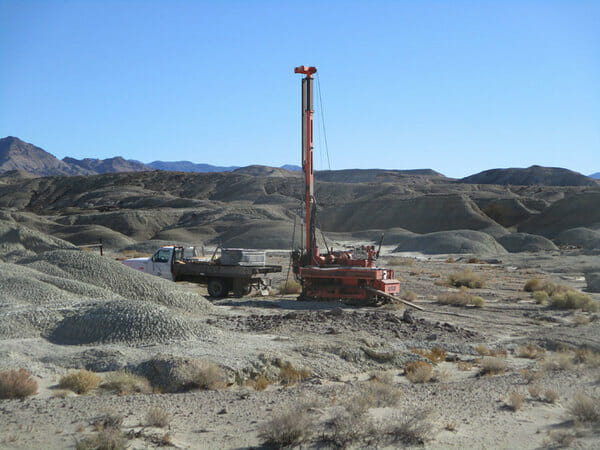 Cypress Development Corp (CYP.V) dropped news this a.m. At first glance, it may appear inconsequential, but in reality it’s quite significant.

We’ll dive into the nitty gritty a little further down, but first: a quick summary of what we’ve got here so far.

The company is building on the success of a positive PEA:

For a more detailed look at the company and its Clayton Valley project, the following Equity Guru article should help fill in the blanks…

A Prefeasibilty Study (PFS) is a huge step forward for the company as it continues to aggressively de-risk Clayton Valley.

We normally don’t fuss over press releases announcing consultant hires, but an exception is required here:

This Ausenco news is a big deal. Why?

Ausenco is a highly respected global engineering firm that has experience performing economic studies on world-class clay deposits (Exempli gratia) Bacanora Minerals’ Sonora Lithium project in Mexico, one of the worlds largest clay lithium deposits with over 5 million tonnes in the measured and indicated category.

Having a name like Ausenco attached to Clayton Valley will add heaps of validity to its PFS.

On the investment banking side of things, analysts and advisors require greater certainty (proof) before they’re allowed to get behind a project, mandates from their key investors and all – a positive PEA is a good start, it gets their attention, but it’s not quite enough for this sophisticated group.

A positive PFS delivered by the likes of Ausenco will likely mobilize these institutional funds from the sidelines, ushering in that rerating we’re all expecting here.

“Ausenco’s extensive experience in plant design and construction of lithium projects will be a valuable asset as we move the Clayton Valley Lithium Project forward through our PFS. We are pleased to work with both Ausenco and GRE with the expectation of completing the PFS in the second quarter of this year.”

Did I mention that this is a big deal?

Results from metallurgical test studies are on deck.

This is another detail institutions will be looking closely at.

An 81.5% extraction rate was obtained in these early studies indicating that the dominant lithium-bearing minerals present are not hectorite, a refractory clay mineral which requires roasting to liberate the lithium.

These large samples subjected to a multi-stage process will be far more representative of what Clayton Valley’s clays have in store.

The mobilization of a drill rig to the property last week, aside from upgrading the current resource to reserves, will provide substantial drill core samples to facilitate this larger, more comprehensive metallurgical program.

Once again, institutions will be watching the newsflow out of this program closely.

As I mentioned in an earlier piece, Cypress is backed by a solid management team. They know how to get things done, on time and on budget.

With 73.18 million shares outstanding, the company has a market cap of $14.64M based on its recent $0.20 trading range. That strikes me as ridiculously cheap.

On deck we have metallurgically and drill results. Positive met tests, due any time, could be a significant catalyst for this stock.

Youtube video courtesy of Ahead of the Herd (Rick Mills).