On January 28, 2019 Supreme Cannabis (FIRE.V) announced that its 100% subsidiary, 7ACRES, has obtained Health Canada approval to expand its flowering rooms at the Kincardine, Ontario facility by 30,000 square feet – raising the total grow area from 90,000 square feet to 120,000 square feet.

Supreme’s business model is remarkably uncluttered. It grows premium quality weed, brands it and sells it. 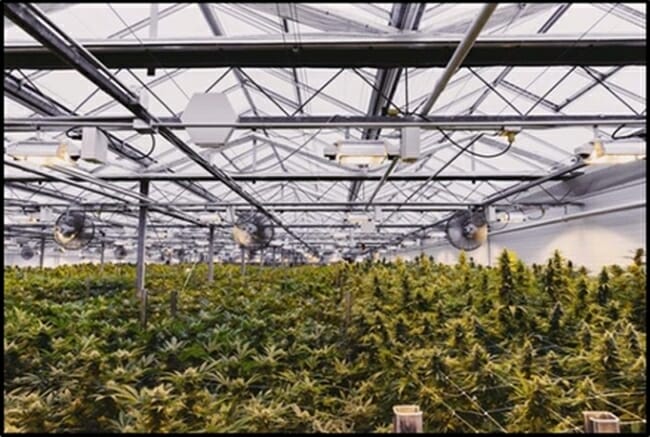 7ACRES’ hybrid greenhouse combines the best practices in indoor cannabis cultivation with the power of the sun. The result is “indoor-quality buds with sun-grown characteristics.”

After further production efficiencies and the completion and licensing of all 25 flowering rooms, the potential capacity of the 7ACRES facility is anticipated to reach approximately 50,000 kg per year.

At the same time, 7ACRES has received licensing approval for production space designated for plant micropropagation.

Although cannabis investors seem barely aware of it, plant micropropagation is destined to play an important role in big weed grow-ops.

“Biological threats to Canadian growers are just coming into focus, as cultivators bring their large-scale facilities online,” explains Equity Guru’s Ethan Reyes, “But in California, these issues have been present for years.”

In 2016, California produced 13.5 million kilograms of cannabis. By comparison, Canada’s weed sector is still in its infancy: projections of Canada’s output by 2020 only top three million.

Micropropagation is a sophisticated cloning technique which creates a defense against crop loss through disease.

One California grower watched in agony as 40,000 clones died in 48 hours from fungal disease.  After switching to micropropagation – no further significant losses were incurred.

The genetics are purged of contaminants, cells are extracted from the mother plant and grown in test tubes.  The subsequent plantlets have a “far greater chance of avoiding contamination than clones derived from traditional stem clippings.”

According to a recent Financial Management Discussion & Analysis (MD&A), “Supreme management is focused on developing and maintaining 7ACRES’ position as a leading brand of premium cannabis flowers at scale.”

Sales of cannabis are completed via Business-to-Business (B2B) transactions.

The 7ACRES facility remains on-track for total construction completion of all flowering rooms by the end of March 2019.

Supreme Cannabis anticipates that additional flowering rooms will be approved by Health Canada in the near term.

Wiz Khalifa (born Cameron Jibril Thomaz) is a 31-year-old uber-talented ex-military brat who lived in Germany, the U.K, and Japan before settling in Pittsburgh with his mother.

His debut single for Atlantic, “Black and Yellow” peaked at number one on the Billboard Hot 100. 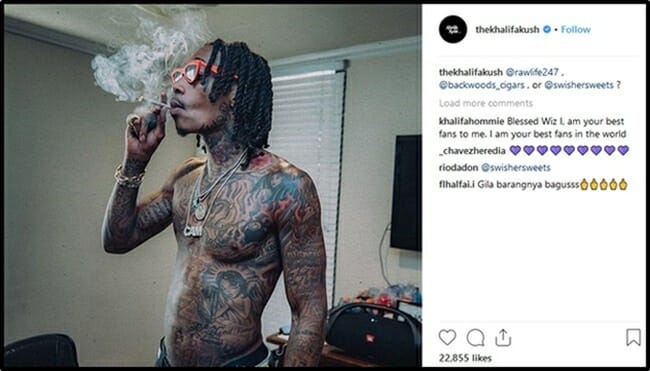 “Wiz is a globally-recognized cannabis taste maker and connoisseur,” confirmed Fowler, “KKE has established a brand that is synonymous with ultra-premium quality, based on world-leading genetics.”

A couple of months ago, Equity Guru’s Chris Parry hopped on a plane and toured Supreme’s grow facility.

“I had to go see this facility,” confessed Parry, “Had to walk through it, touch it, and look into every corner.”

“They’re so effusive, so relentlessly happy, such big fanboys and girls, you suspect they’re being rolled out for show,” wrote Parry, “Part of that is because the jobs are real, and decent paying. Part of it is because Fowler is offering everyone – from the guy sweeping floors to the highest paid, head-hunted specialist – management training, and 98% of staff have signed up.” 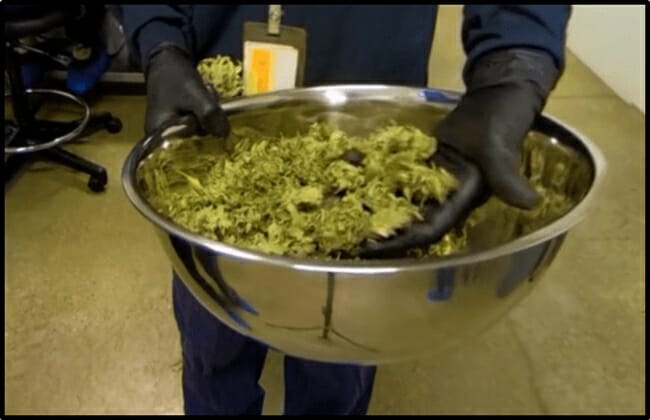 “Scaling our 7ACRES facility is a top priority and the January 28, 2019 announcement is another significant step forward towards completing that goal,” stated John Fowler, “With this additional production capacity, we’ll be able to better satisfy the demand from cannabis enthusiasts coast-to-coast.”