Nano One (NNO.V) has developed proprietary technology to build a better and cheaper battery.

The innovation is so radical – and potentially profitable – that it’s hard to wrap your brain around.

Count the devices you own that are powered by a lithium-ion battery.

If it’s less than a dozen – then we project with 91% certainty that you are rocking a.) a low-slung beard or b.) a spunky blue bonnet. 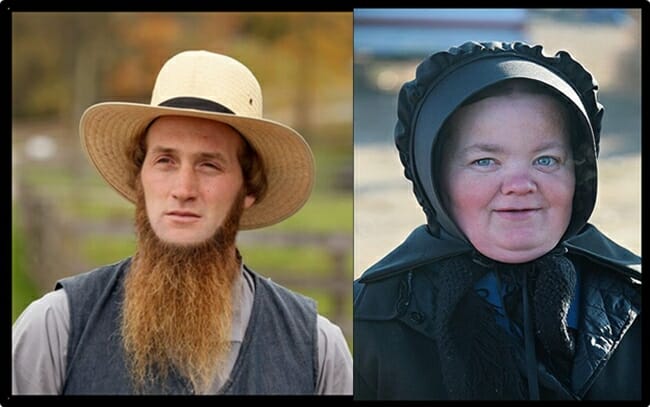 The ride up wasn’t hard to explain: as NNO attracted brilliant scientists, government funding and superstar financiers – it became blantantly obviously it was on to something.

But then investors got impatient waiting for the company to make commercial sales.

The CEO, Dan Blondal, has been very clear that the next stepping stone to commercialisation involves strategic partnerships with battery manufacturers and/or battery tech companies.

In the Equity Guru video below [starting at 46 seconds] Blondal talks about this process – and the “deal tension” it generates.

The strategic partnerships are now happening.

“Saint Gobain, one of the largest multinationals in Europe, put its name and logo to a Nano One Materials news release announcing the firms will begin working together, wrote Equity Guru’s Chris Parry on December 18, 2018, “If you’ve been watching Nano One from the sidelines, this is big news.”

Today there is more big news.

On January 21, 2019, NNO announced that it has entered into a Joint Development Agreement with Pulead Technology Industry.

The collaboration between Nano One and Pulead began in 2018 with “visits, battery testing and economic evaluation.”

Like the Saint Gobain deal, the objective here is to “develop, evaluate and optimize scaled up production of lithium iron phosphate (LFP) cathode materials using Nano One’s technology, for use in lithium ion batteries”.

The market seems cognizant that these agreements are pushing NNO closer to cash flow. 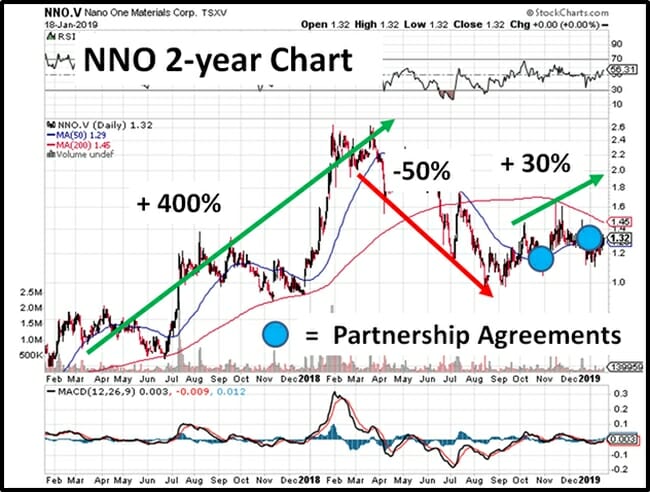 Established 20-years ago by a partnership between an investment company and Peking University, Pulead is one of China’s leading Li-ion battery cathode producers, with JVs in cathodes, separators, upstream lithium resources and large format battery packs.  An English version of the Chinese Pulead website can be found here.

“Pulead is a highly respected cathode producer with a track record of partnering with international providers of intellectual property,” stated Mr. Blondal. “By working together, we aim to improve the cost and performance of LFP materials and to expand its use in industrial batteries, e-buses and electric vehicles.”

Over the last two years, Nano One’s scientific team has developed an innovative process that simplifies the production of high-performance carbon coated LFP.

The Chairman of the NNO Board is Paul Matysek – who is responsible for an astonishing $2 billion in corporate enterprise growth.  The Canadian government also recently cut NNO a cheque for $4.6 million.

Employing a bakery analogy: NNO doesn’t have a patent on sour dough bread – it has a patent on cheaper, easier-to-cook flour.

When NNO’s products achieve commercialisation, NNO anticipates receiving a royalty from every bakery-item cooked with that flour.

Licensing and commercialization opportunities will be explored with Pulead as part of the collaboration.