Patriot One (PAT.V) just locked down some important IP

With an Amnesty International Report calling “gun violence in the United States a human rights crisis” – and about 40,000 Americans shot dead every year, the success of PAT’s hardware has mortal implications.

On January 10, 2019, PAT announced that it has purchased a New Brunswick-based company, EhEye.

As a general rule we would NOT recommend embedding a pun in the name of your company – but in this case, the cleverness factor wins the day.

EhEye is pronounced “A.I” – like artificial intelligence – with a nod to Canada (“Eh”) and a nod to vision (“Eye”).

EhEye is now a wholly-owned subsidiary of Patriot One and its video recognition software will be re-branded as PATSCAN VRS.

“Despite there being 84 cameras present, a lone gunman was able to walk past the cameras carrying a long-gun, and without warning was able to shoot and kill a Canadian soldier,” recalled James Stewart, EhEye’s CEO in a Vimeo pitch, “There are simply too many cameras for people to watch, which makes the images only useful only for retrospective analysis.  Our technology can injest and process camera feeds in real-time.”

EhEye’s technology is flexible and can work with all major leading video cameras. 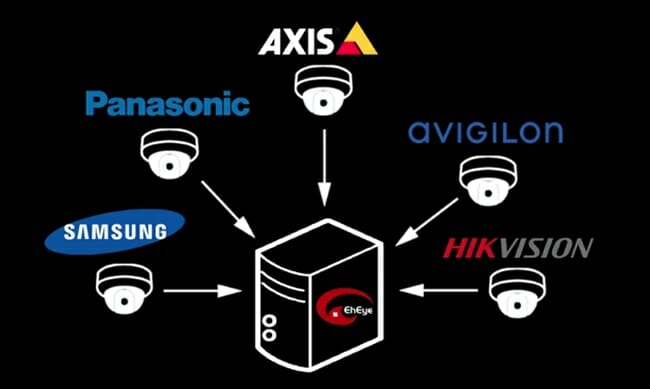 Patriot One acquired a 100% interest in EhEye by issuing 1,636,363 common shares of Patriot One to the former shareholders of EhEye.

That’s worth about $3.2 million at the current PAT stock price.

James Stewart, Ph.D – EhEye’s former CEO, will hold the role of Senior VP of Video Analytics for Patriot One.  PAT has engaged nine other key team members to strategic positions.

“We’re thrilled to have this talented group join our ranks,” expressed Martin Cronin, President and CEO of Patriot One. “They all share our vision to create a world safer from acts of violence.”

“Increasingly, we are seeing attacks carried out by lone actors,” stated U.K.’s The Military Times, “Unlike larger terrorist operations, these attacks require a lot less planning and are usually lower tech. This means that they are extremely difficult to predict and exceedingly hard to stop.”

“The common thread linking these attacks is that they are directed at soft targets by a typically unsophisticated attacker. Soft targets, like music venues and schools, are especially vulnerable to attacks.”

“If security systems become too obstructive, then public opinion will turn against them and policymakers will be pressured to remove said systems, leaving us more vulnerable,” the article continues, “We need unobtrusive detection security that allows people to live their normal lives, safely.”

“The strategic application of expertise from companies like PatriotOne will help shape the direction of public security by ensuring that the right tools are put in the hands of the decision makers,” stated The Military Times.

PAT has embraced a “paid trial” model enabling it to scale efficiently and cost-effectively through its reseller network. This effort meets Phase 4 of its previously described Lab-to-Market strategy.

The objective is that paid trials will serve as a bridge into commercial deployment and product rollout.

“No other company has ever mass-deployed these types of integrated threat detection technologies before. Therefore, advancement into full-scale mass production is, by necessity, constrained until completion and review of the technical trial results.” 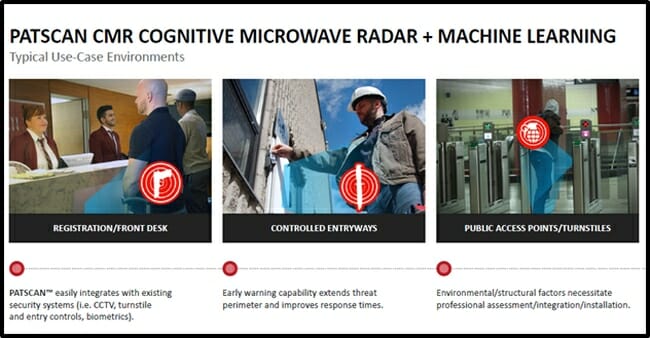 PAT’s competitors have clunky products in early stages of development.

Acquisitions of smart companies like EhEye are keeping Patriot One in the pole position to collect the big trophy.

Full Disclosure: Patriot One is an Equity Guru marketing client, and we own the stock.