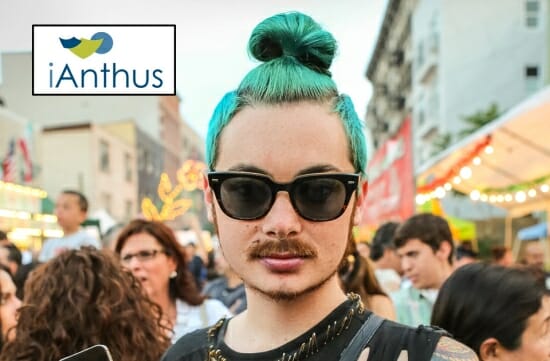 “Brooklyn is arguably the birthplace of every hipster stereotype in existence,” states sharpshirter, “Though the most famous neighborhood is Williamsburg – Brooklyn hipsters can be found in vintage stores and famous beer gardens throughout the borough.”

1. Contact Your Practitioner – to see if medical marijuana may help.
2. Obtain Patient Certification – from a registered practitioner if appropriate for your condition.
3. Create your account and complete a Health Application in the Medical Marijuana Management System.
4. Designate a Caregiver who must then register by following the same process.
5. Purchase Product by bringing your ID card and written recommendation from your healthcare provider. 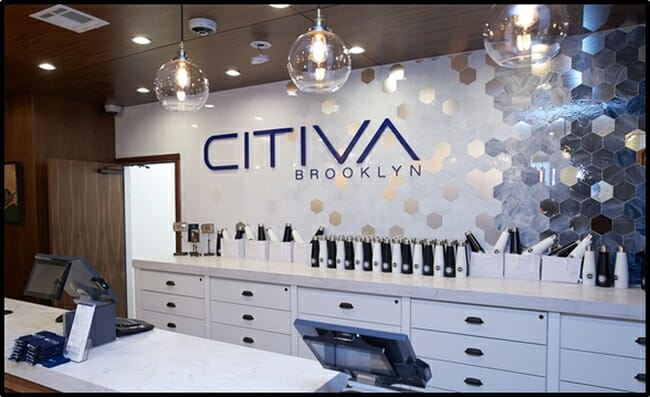 For readers not familiar with iAnthus, let’s back up.

IAN is a U.S.-focused business that generates solid cash flow. The company recently announced a deal to “combine with MPX” – a vertically integrated cannabis company with extensive medicinal networks in five states.

“We nearly doubled the size of our national footprint in the U.S,” stated Hadley Ford, CEO of IAN, “iAnthus has been strategically focused on building scale, and we are now one of the largest multi-state operators in North America.”

With operations in Arizona, Maryland, Nevada, California and Massachusetts, New York, Florida, Massachusetts, Vermont, Colorado, and New Mexico – iAnthus has formed a “super-regional footprint” in both the eastern and western United States.

iAnthus has a market cap of $350 million.

The opening of a single dispensary – in Hipsterville or not – wouldn’t normally make the “Hot News” list.

We’re gabbing about it because it verifies that iAnthus is on the leading edge of a wave that is growing in size and momentum.

The market has been relatively kind to IAN stock in the last 3 months (the share price has been beaten mercilessly – but not to death). 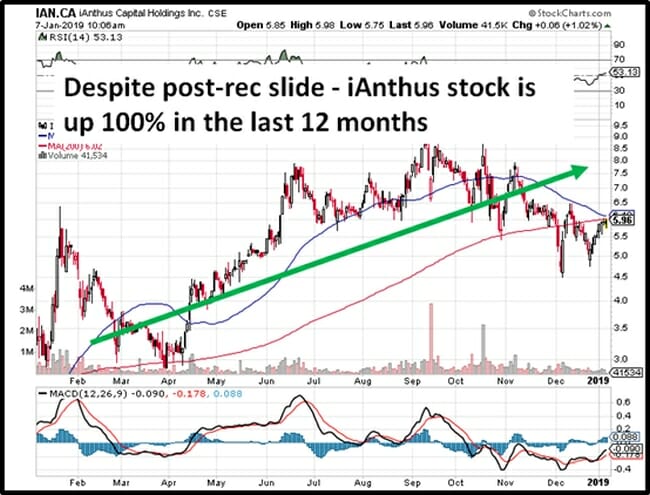 “Momentum for marijuana reform continues to build across the country and in New York,” states The Daily Chronic.

“In September Governor Cuomo endorsed legalization and established a workgroup to draft legislation to legalize, tax, and regulate adult-use marijuana in New York.”

With the Democrats regaining control of the New York Senate and Assembly for the first time since 2010, New York is on the cusp of legalizing marijuana.

The question is no longer should New York legalize marijuana, but what full legalization will look like.

The war for legal rec weed is being won – and we believe iAnthus’ Brooklyn dispensary is a strategic beach-head.

“The store is designed to provide the most patient-friendly experience possible,” said Carlos Perea, iAnthus’ COO. “It serves as a welcoming and educational space for people to come in and learn about cannabis as medicine, interact with our patient care representatives, and find out what works best for them.”

The Citiva Brooklyn dispensary operates 7 days a week from 10am – 7pm.  Seniors, veterans, new patients, and patients receiving government assistance are eligible for a 20% discount.

iAnthus’ Citiva is also launching a cannabis delivery program across the borough of Brooklyn.

Full Disclosure:  iAnthus Capital is an Equity Guru marketing client, and we own the stock.