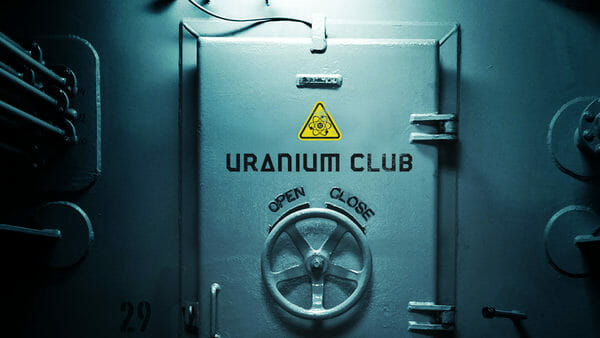 The resource arena – the junior mining sector in particular – can be like a minefield at the best of times.

One of the bigger threats we face as shareholders, aside from crappy exploration results which can wipe-out tens of millions in market-cap in one fell swoop, is management losing its grip on the company’s share structure by tabling oversized dilutive financings at a discount to the market.

It happens to all of us: We run exhaustive due diligence on a company. We carefully build a meaningful share position over a number of days/weeks, chipping away at the market whenever it shows weakness. We’re locked and loaded. We pat ourselves on the back for our disciplined and patient approach to accumulation. We think we have a coiled spring on our hands that is about to go parabolic when all of a sudden… we’re smacked upside the head with a bullshit private placement (PP) that instantly dilutes our standing.

When we call the company to complain, the CFO schools us on topics like ‘capital-intensity’ and the cost of exploration, insisting that it’s a good deal and that we’re in good hands.

Note there will never be a discussion concerning management compensation and bonuses. It’s at this point when I generally lose my shit…

But every once in a while a management team comes up with a creative alternative to a dilutive raise.

One such company, Azincourt Energy (AAZ.V), just announced it has entered into a letter of intent (LOI) with an arms-length Investor to provide funding for a highly prospective exploration project in Saskatchewan.

First, it’s important to understand that this project – the East Preston project – is located in the prolific Athabasca Basin. The Basin is to U308 what Wall Street is to high-finance. No less than 20% of the world’s uranium is produced there, and it’s the highest grade ore on the planet.

An LOI is a preliminary agreement, a roadmap if you will, that lays out the foundation for future negotiations which could lead to a formal binding agreement.

In this case, the LOI could lead to the Investor coughing up at least $750,000 in East Preston development funds. What does the Investor get for this $750K? A 10% interest in the project.

This LOI must lead to a formal binding agreement by March 31, 2019.

After the Investor earns its 10% interest, Azincourt maintains the right to buy it back by returning the Investor’s $750K, but in the form of Azincourt paper (based on the last closing price of the company’s shares immediately prior to the exercise of the right).

Note, Azincourt will have thirty days to claw back that 10% from the Investor, after $750K has been spent on exploration.

The Advantage here is clear:

Exploration is a capital-intensive affair – the company needs funds to explore East Preston.

Had the company chosen the easy route – a $750K private placement at six or seven cents – the outstanding share count would have ballooned by 12 to 13 million shares and as much as 26 million fully diluted.

In formalizing this LOI, they’ll have sufficient funds to sink a number of holes into East Preston’s higher priority drill targets.

If they hit pay dirt with the truth machine, the share price should respond positively, perhaps dramatically so.

A significant discovery could put the company in a position to redeem that 10% interest, using its own stock as currency, but at a significantly higher price level.

This is a smart move on Azincourt’s part. More companies in this sector need to get a hold of this playbook.

“This LOI represents a structurally beneficial financing mechanism that ensures our ongoing work at East Preston is fully-funded, which would satisfy the second year earn-in requirements of the current joint-venture agreement. As an advanced uranium exploration project in the most prolific uranium district in the world, drill testing East Preston is a top priority for Azincourt. Given the positive nature of the work to date, the location and quality of companies working in the area, and the awakening uranium market in general, East Preston provides a unique and compelling risk-reward scenario.”

It’s important to note that the transaction contemplated by the LOI remains subject to a number of conditions:

The transaction cannot proceed, and no funding will be provided, until these conditions are either satisfied or waived.

The East Preston project is located in the western part of the Athabasca Basin. Discoveries made by NexGen Energy (Arrow deposit), Fission Uranium (Triple R deposit), and a joint venture consisting of Cameco, Areva Resources Canada, and Purepoint Uranium Group (Spitfire), highlight the high-grade potential of the area.

The company envisions a 10-plus hole diamond drilling program this winter. This phase one program will consist of approximately 2,500 meters to test the company’s structurally-controlled basement uranium deposit model.

If Azincourt hits high-grade uranium à la Nexgen’s Arrow deposit, and that’s a big if, AZZ will go on an epic tear.

The following link offers up much greater detail on the company’s U308 assets in the Athabasca Basin:

Below, a thorough examination of the company’s highly prospective lithium projects in the Winnipeg River Pegmatite Field of southeast Manitoba.

As we touched on above, the company’s share count at 77.8M gives it a current market-cap of roughly $5M. There is good leverage to exploration success here.

The company has an array of high-quality Athabasca Basin drill targets in its crosshairs, and an avenue to fund an aggressive winter drilling program.

Small, modest raises aside, management’s preference in seeking alternative forms of funding demonstrates a certain accountability, one it feels it owes its shareholder base. A rare thing, this.

Lastly, uranium is holding the upper level of its multi-month trading range…

Azincourt newsflow should be steady from here on.