Developing hardware is a bitch.

According to data from a recent hardware symposium, 85% of polled companies stated that they had missed their product development schedule.

With an Amnesty International Report calling “gun violence in the United States a human rights crisis” – and about 40,000 American shot dead every year, PAT’s hardware is riding the mother of all demand waves.

We’re not talking about consumer demand for a ride-sharing app, or glossier lipstick, or sunglasses-for-dogs – we’re talking about saving lives.

It is not fair to say that PAT has “missed its development schedule” because – among the many things I admire about this company – the CEO Martin Cronin is no spin doctor.

Cronin has never maintained the journey to commercialization would be quick or easy.

It is true, that in the last six weeks, some retail investors have grown impatient. 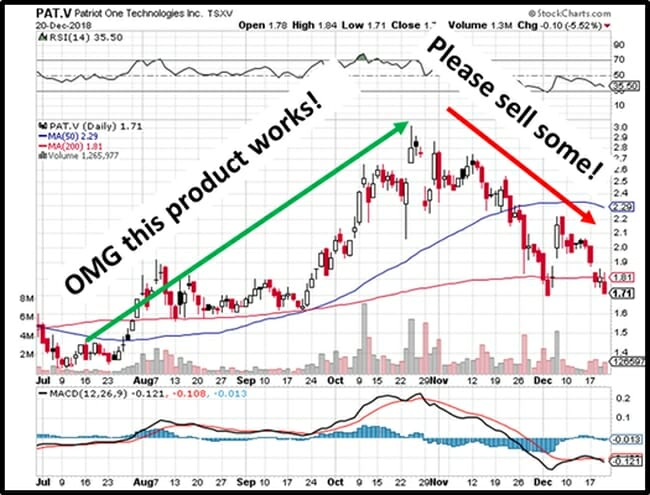 After recently announcing paid trial programs with several partners including Smart CT Solutions and Canada’s Department of Defense, PAT announced that “we will now begin shipping PATSCAN products to several other global security integrators to support paid product trials in their respective markets.”

PAT has embraced a “paid trial” model enabling it to scale efficiently and cost-effectively through its reseller network. This effort meets Phase 4 of its previously described Lab-to-Market strategy.

The objective is that paid trials will serve as a bridge into commercial deployment and product rollout.  PAT is now finalizing policies, procedures, terms and PATSCAN installation training with its resellers “in preparation for ongoing commercial activity in Q2, 2019.”

No other company has ever mass-deployed these types of integrated threat detection technologies before. Therefore, advancement into full-scale mass production is, by necessity, constrained until completion and review of the technical trial results.” 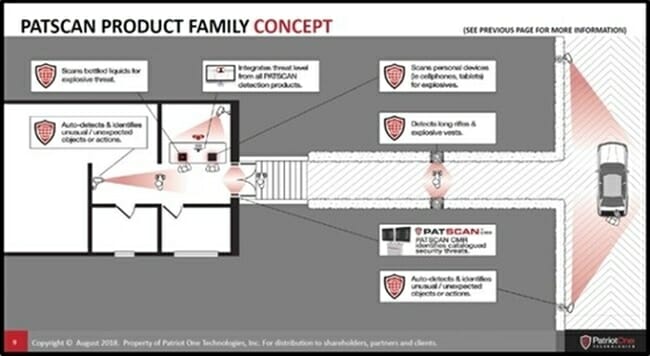 According to Fidelity Money, “it is important to make financial decisions without letting emotions get in the way.”

So I’ll put this on the table: I believe in PAT the way Pandas believe in bamboo.

I own the stock, I’ve never sold a single share – and if the stock price dropped to .85 – I still wouldn’t sell it.

Here’s why: PAT’s technology is a cost-effective insurance policy for casinos, churches, universities, stadiums etc.  It is the leader in this space. For that reason, I believe the stock is going many multiples higher than its current price.

FULL DISCLOSURE:  Patriot One is an Equity Guru marketing client, and we own the stock. 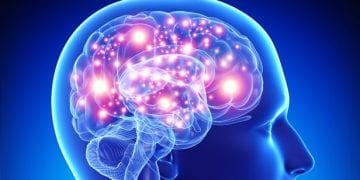