After acquiring a tonne of subsidiaries in Oregon and Nevada over the past few months, C21 learned in November it was awarded a CBD licence in Ukraine.

C21 announced it was de-listing its common shares from the TSX-V and listing on the CSE under the trading symbol CXXI.

C21 announced it planned to acquire Phantom Farms in Oregon. Established in 2008, Phantom Farms is a “Clean Green Certified” cannabis company that has products in almost 200 dispensaries throughout Oregon. 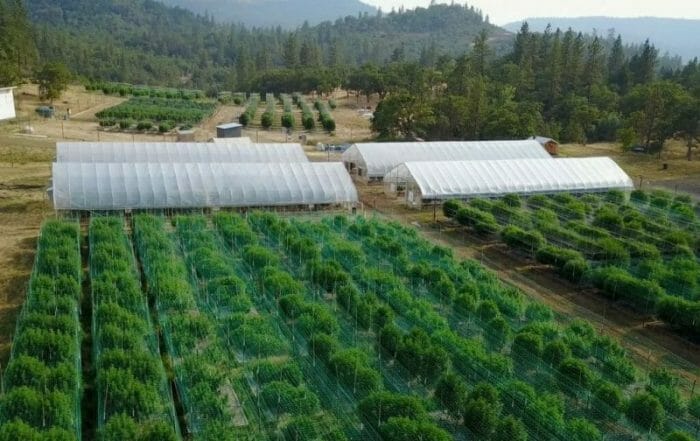 C21 announced it was expanding in Oregon by acquiring three new dispensaries, with one location in Portland and two in Salem.

Consumption of cannabis concentrates, such as vapes and edibles, saw a 49% increase in 2018. This segment is quickly becoming the most significant component in cannabis consumption and with the support of C21, Swell will have the necessary resources to further expand its extraction and manufacturing capabilities to new markets.
— Swell CEO Alleh Lindquist

C21 expanded again by acquiring Silver State Relief. The acquisition was one of the largest investments in the US cannabis industry by any Canadian pubco.

The Silver State transaction is the first transaction in a larger plan by C21 to significantly expand cultivation, processing, wholesale distribution of branded products and retail operations throughout the State of Nevada. The Silver State Nevada partnership will establish C21’s competitive position in the Nevada market. C21’s investment and expansion of Silver State’s operations will generate new high-quality jobs and economic development within the State of Nevada. 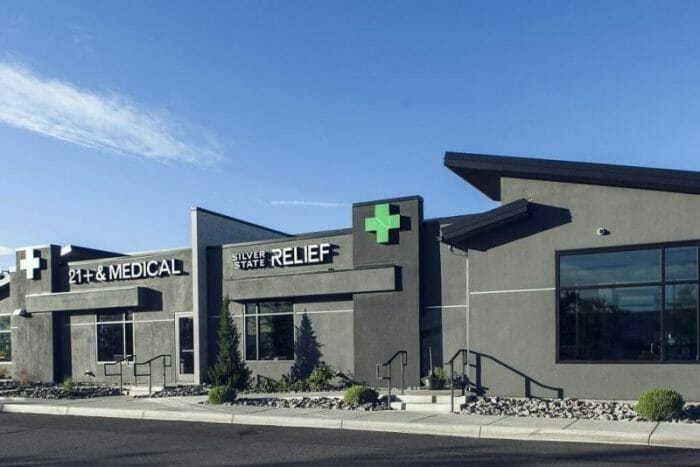 C21 announced it had been listed on the Frankfurt Stock Exchange under the ticker C6QP.

“Our listing on the FSE will expand our profile internationally, and make it easier for European investors to participate in our rapid growth,” said CEO Robert Cheney. 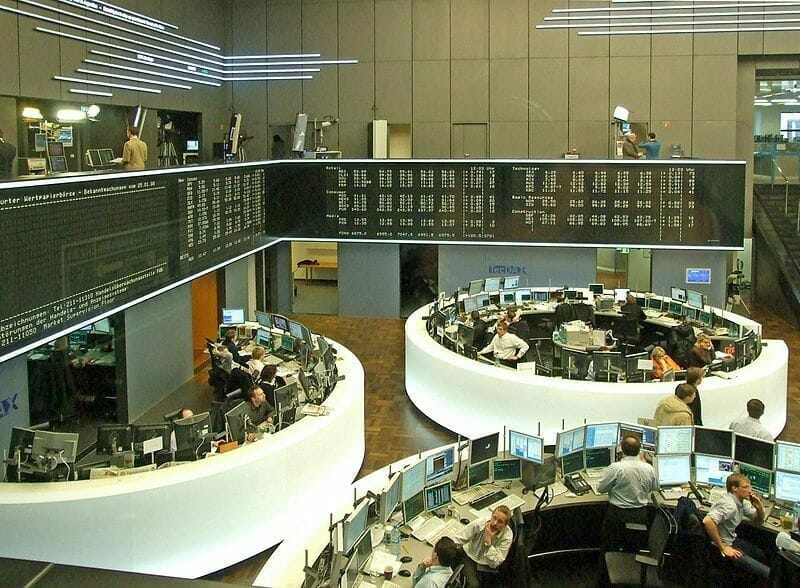 C21 registered its common shares for trading in the United States and is currently awaiting their trading symbol. C21 also announced it was added to the CSE Composite Index.

We look forward to receiving our U.S. ticker symbol and making it easier for American investors to trade our stock.
— Robert Cheney

Finalizing the nuts and bolts of its deal with Phantom Farms, C21 announced it entered into definitive agreements for the acquisition.

Phantom Farms has outdoor cannabis cultivation facilities totalling 80,000 square feet plus an additional 40,000 square feet under development in Southern Oregon. In addition, they operate a 5,600-square foot facility which includes a wholesale distribution warehouse and an extraction laboratory, plus a 7,700 square foot state of the art indoor grow facility in Central Oregon. 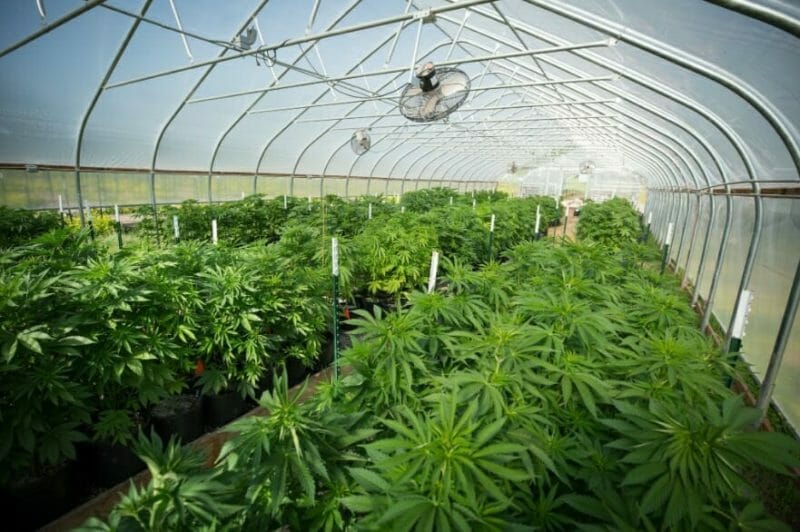 C21 announced it entered into definitive agreements for the acquisition of Pure Green in Portland, Oregon. Pure Green is a 3,000 square foot retail dispensary located along Portland’s “Green Mile” which caters to medical and recreational users.

C21 announced it entered into definitive agreements for the acquisition of Swell. Swell is an extraction, manufacturer and distributor of THC and CBD products in Oregon.

Swell is C21 Investment’s 4th U.S. operation within its asset portfolio to sign a definitive agreement. Acquiring Swell fulfills a critical segment in the Company’s expansion strategy making C21 Investments a leading force in processing and manufacturing in the United States.
— Robert Cheney. 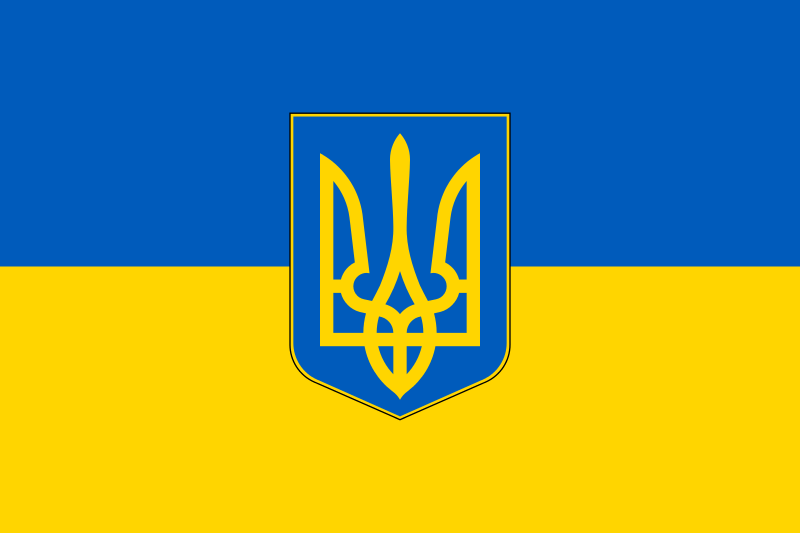 The flag of Ukraine with the country’s coat of arms. Via Wikimedia Commons.

C21 was granted the first CBD licence ever issued in Ukraine. The company will be allowed to import CBD to produce consumer products, such as edibles and other products. C21 has also opened an office in Kyiv.

This is a significant opportunity for us to build a new industry, create new high-quality jobs and to leverage the competitive advantages of Ukraine to access the EU and global markets. C21 team is in the process of applying for additional licences, including for the cultivation of both hemp and cannabis.
— Robert Cheney.

With all that upward movement, what’s in store for 2019? Expansion.

C21 is “aggressively pursuing acquisitions in California, Colorado and New Mexico,” according to their website. 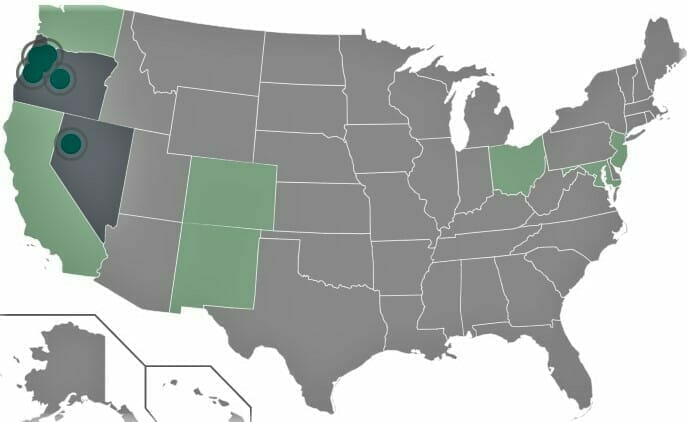 With all of C21’s movement, expansion, and acquisition, this may be a time of opportunity for investors.

C21 also announced it was acquiring Gron Chocolate and then announced the acquisition was no longer going ahead but offered no explanation why. In June the share price was $3 a share, six months later it’s $0.70 and yet no mention of this by either the CEO or anybody writing about the company. The company announced ’10 days to the US listing’ based on no foundation and the company still has no US listing months later. Shareholders might deserve a little more accountability for the financial realities of this year and not expect to be satisfied by PR companies ramping their company on deals that have yet to be closed.

You make a fair point about Gron Chocolate. The decision to not include a section about the announced acquisition and its cancellation was an editorial one. If C21 had a habit of reneging on its announced partnerships and investments, we feel this would warrant commentary. We value honesty from our clients as well as our readers and your concerns are valued.

Hello Ethan,
Thank you for your response. Yes it goes without saying it was an editorial decision and I appreciate your reasons but the company does have a broad history of promising and not delivering. If you look at the share price six months ago and listen to the statements made since $3/share, the CEO has said on a number of occasions that the share is cheap in valuation terms. This may be true if you compare other companies share price multiples to earnings but if you had been listening to this man talk about how wonderful his company was and how well positioned it is, you would expect shareholders to see value and interest in the market. The excuse made by some that it’s under the radar is an amateur one. As I’m sure you know, fund managers researching a sector research ‘the sector’ and don’t leave companies out because it’s time to go home and have dinner with the kids. The reason the share price has plummeted is because they haven’t closed a single deal. Period.
The advertised timeline for a US listing was 10 days, where did they come up with this information? – again it hasn’t happened, thus liquidity remains on the lower end.
Throughout their time on the Canadian exchange, the shareholders have seen massive loses. Everyone can and most do, talk about the future in positive terms when a company is in it’s infancy, however to lose even one deal that was heralded as being significant and to give no reason as to why the deal was killed is weak and frankly arrogant. Shareholders want explanations as do analysts.
To give timelines on anything without concrete foundation shows inexperience and to be the CEO and not once mention your tanking share price while having no problem in talking down the competition (‘Tilray’s just a short squeeze’) is unforgivable.
Shareholders and the market want to see a CEO that takes the time to address the obvious and there can be nothing more obvious than a share price that has completely tanked and is currently sitting on record lows.
From an editorial perspective, there isn’t enough balance in this article and what is annoying is that while they may be a client of yours, your journalists still have the opportunity to raise questions regarding the aformentioned issues and then report on the explinations or deflections whichever is the case and yet nothing…
I give your company full credit for showing articles that suggest that your publication isn’t a ramping machine and I appreciate your response to my earlier comment.
Going forward it would show greater objectivity to ask questions which hold the company to account and deliver a more balance article because $3 to$0.75 (at time of writing), no mention of any of the above and only good things to say suggests that you while the report is accurate on many fronts it currently lacks far too much vis-a-vis CEO accountability.